This a guest post by Jeffrey Hartman. Jeffrey is a former teacher who views professional wrestling through the lenses of history and popular culture. You can follow the rest of his work at jeffreymhartman.com

A few weeks ago, my wife asked me to name my favorite female wrestler. As I started to answer, I realized I was about to qualify my response. I felt a need to define “favorite.” Was I going to tell her who I liked most as a performer, or who I found most attractive? Having to consider this made me think more deeply about the state of women’s wrestling. What I found disappointed me.

The present might be one of the best times in history for female wrestlers, at least in terms of opportunity. The boom of promotions in recent years has expanded performance platforms for men and women. Unlike the bygone territorial era, today’s regional promotions don’t face limitations such as the reach of local television stations. Even modest promotions can attract respectable audiences through streaming or online DVD sales. Performers face a danger of getting lost in the noise, but for someone looking to get noticed, today’s climate is great.

The promotion boom has included a surge in the number of women’s promotions like SHIMMER and WSU. It might seem like segregation, but these promotions offer additional chances for women to perform for audiences. Instead of being relegated to mid-card matches on shows dominated by men, women can headline shows catering to audiences specifically paying to see them. Rather than just two or four women getting ring time, a dozen or more can get the chance to shine.

Beyond the independent circuit, the Divas and Knockouts divisions in WWE and TNA continue to give female wrestlers something to chase. WWE in particular has added depth by giving more exposure to its NXT roster. Though WWE remains perilously close to using its Divas division as a commercial for questionable reality television, at least the women are getting a national audience.

With such progression, why do I feel disappointed about prospects for women? This starts with the way I was going to answer my wife. Maybe this says more about me than it does about women’s wrestling, but I was prepared to list female wrestlers I found attractive rather than those I thought were great performers. Their ring abilities and promo skills didn’t occur to me first. Their relative hotness did. I thought about what this meant on a scale beyond my conversation with my wife.

For many years, female wrestlers at the highest echelons of the business have struggled to earn respect. Even though men appear in the ring wearing next to nothing, they’re only booked to appear blatantly sexy if that’s part of a gimmick. Almost every woman in national promotions plays up her sexuality, from the way she dresses to the way she moves. I don’t know if the women themselves choose this or if someone instructs them, but the effect is the same. Women continue to perform in sexualized comedy skits like kissing contests (though mud wrestling seems to have faded into obscurity). Popular angles continue to involve crushes or even obsessions between female performers. The sexual tension frequently spills into matches. Similar angles between male performers have been rare and unpopular.

While women are on display for their sexiness, fans deride their performances. Crowds often go silent for matches on television or pay-per-views. Worse than the silence might be the random chants. Commentators sound bored during women’s matches. Online, botches from women’s matches seem more popular than highlights. I’ve seen postings on forums calling for WWE and TNA to cease airing women’s matches. Harsh.

So where does women’s wrestling stand? I’d say it’s a draw, at best. There are opportunities abound like never before, but too often these seem to be for women to be eye candy rather than show stealers. I consider myself a dedicated wrestling fan, and when pushed, even I caught myself focusing on the attractiveness of female performers rather than their actual performances. One might suggest their performances have to improve for fans to buy into them. I’d say performances have been improving, but I think many fans may be biased or otherwise distracted. I’m not certain women’s wrestling will ever have its moment more than it has it right now. If we get a current champion built like Rusev or a title match headlining a WWE pay-per-view, I might be able to write a more optimistic column. 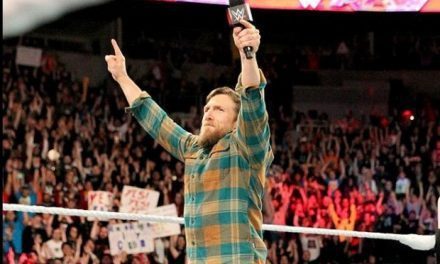 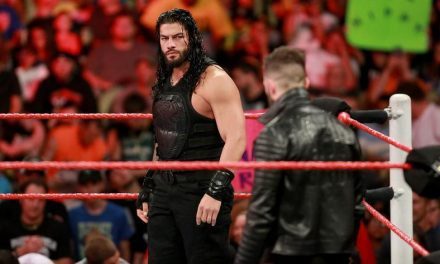