NXT Takeover “Rival”: The word that kept running through my head the whole time I was watching NXT Takeover was “fresh.” Everything about NXT is fresh. The promos feel authentic and not scripted. The backstage shot of wrestlers warming up for their matches feels real. Little things like Sasha and Charlotte hugging after their match and then Sasha shoving Charlotte afterwards to show a sign of respect, yet cockiness, was different from the clichéd ending. Kevin Owens being the Walter White/shades of grey/villainous hero of NXT is so great that it created authentic sounding arguments between the panelists on the NXT Takeover pre-show. Everything about Finn Balor is fresh and unlike anything we’ve seen in WWE. NXT has an unbiased authority figure that just wants good and fair competition. The fact that Divas in NXT are treated like athletes and are given ample amount of time to not only showcase their talent, but also improve their talents is fresh. NXT is fresh.

Daniel Bryan and Roman Reigns – Friends or Foes? Why do we care?: Watching WWE programming this week gave me a headache. The whole basis of this week in WWE was “Can Roman Reigns and Daniel Bryan get along?” WHO CARES? These two have no prior history together. These two don’t have common enemies (The Authority has been shoehorned into being Reigns’ enemy just for the purpose of this story). These two are wrestling each other to see who will main event WrestleMania. Why does it matter if these two can get along? And if that is their angle that they want to go with then how exactly does it come off that these two can’t get along when they win EIGHT tag team matches in one week? They completely squashed the entire WWE Tag Team division thus squandering any momentum the WWE tag teams have. This storyline is doing more to hurt the career of Reigns and Bryan than help them.

Rhodes Family Reunion: Tonight on Raw “The American Dream” Dusty Rhodes is going to address the hard times his two sons are going through. The Stardust character was such a good arc for Cody Rhodes’ character to take and he pulled it off so well. There hasn’t been a better impersonation of Frank Gorshin’s Riddler than what Cody has been doing with Stardust. Goldust’s resurgence in his career has given him a proper ending to what has been a great career.

Stardust’s recent disgust with his brother has been intriguing and it appears to be headed towards a much past due Cody vs Goldust match, hopefully at WrestleMania. It would be great to see the Stardust character take a page out of Matt Borne’s book. Matt Borne, the original wrestler to portray Doink the Clown went to ECW and played a bipolar wrestler with multiple personalities. Matt had an inner struggle of being Matt Borne and being Doink. It was great. Cody Rhodes is the kind of performer that can pull off that kind of performance. Cody has been one of the most underrated characters in WWE.

Wrestler of the Week – Kevin Owens: Everyone knew Owens could be a good heel in pro wrestling before he entered NXT, but this is a side of Owens that is also fresh. Kevin Owens has become Walter White from Breaking Bad. Owens is the villainous hero. Owens will do anything he needs to do to make sure he can provide for his family. If that means Owens has to destroy the next closest person to him outside of his family then so be it. Owens wanted the prize, the NXT Championship, because it meant more money and a better life for his family. Taking Zayn out wasn’t personal and we can believe him because he is a family man. On one hand you hate the guy for turning taking away his best friend, and our hero, Zayn’s special moment that Zayn fought for his whole career. On the other hand, this is a guy just trying to provide for his family, which is something we can all relate to. Do you root for the guy? Do you boo the guy? That is why this character is so compelling.

Tag Team of the Week – The Usos: Teams that wrestled in multiple matches this week are The Ascension, Daniel Bryan and Roman Reigns, Big Show and Kane, and The Usos. This is what the WWE gave me to work with. On top of that, two teams I really like, The Lucha Dragons and Blake & Murphy had a botch fest that could not be worth Tag Team of the Week.

Much like the “Diva of the Week” last week, the Uso’s win this award by default. The Uso’s had another excellent showing against The Brass Ring Club (Kidd and Cesaro) on Raw. In the 45 minute Tag Team Turmoil Match on Smackdown the Uso’s had a decent match against Reigns and Bryan. The match started off really slow and had the typical fast ending full of high spots at the end. The Uso’s act is absolutely great and if you dropped them into an era with a solid tag team division that was full of a lot of quality team the Uso’s would get a chance to really make strides.

Diva of the Week – Sasha Banks: Everyone has talked about the Divas Fatal Fourway Match, at NXT Takeover, exceeded expectations and can be added to the stellar collection of NXT Divas matches that we have already seen. Sasha was the standout in this match. She showed a vicious side when it was necessary and she showed a cocky/confident side when that was necessary. I, self admittedly, have been in the Charlotte camp when it comes to comparing Charlotte and Sasha Banks, but this match complimented with Sasha’s post-match promo (as seen below) had me running as fast and I can to Camp Banks. The cockiness and then passion that Banks shows in that promo is unreal. This is easily the best promo of 2015 not to feature Sami Zayn or Kevin Owens.

Match of the Week – Sami Zayn vs. Kevin Owens: (Honorable mention Balor vs. Neville) This match was beautiful. These two have battled in the best rivalry of the last decade in all of pro wrestling. Every time these two go to war it leaves fans wanting more. The finish of the match was so fresh and different. It was so great to see Owens destroy Zayn relentlessly until someone handed him the NXT title. Owens was going to do what he needed and win the NXT title by any means necessary. The crowd not knowing what was going on when the referee called for the bell by chanting “BULL SHIT! BULL SHIT!” and then popping when they realized they were giving Owens the title via referee stoppage was very cool.

Quote of the Week – Corey Graves: (when the camera was backstage showing Becky Lynch warming up for the NXT Women’s Title Match) “She can’t buy this title at Hot Topic. Tonight she is going to have to win it.”

Two weeks in a row Corey Graves wins the QotW. It is just so funny to hear how much he hates Becky Lynch.

Hidden Gem of the Week – Sin Cara vs. Cesaro from Main Event: If you live in the States you can still watch Main Event on a weekly basis via Hulu Plus and even though Hulu is NOT an official sponsor for VoicesOfWrestling.com (their loss!), I recommend everyone to seek this match out. There isn’t a heavyweight out there that compliments luchadores or junior heavyweights better than Cesaro. This match showcased some chain wrestling, some high-flying, some stiff strikes, and some good psychology. 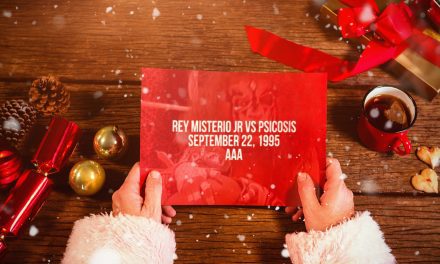 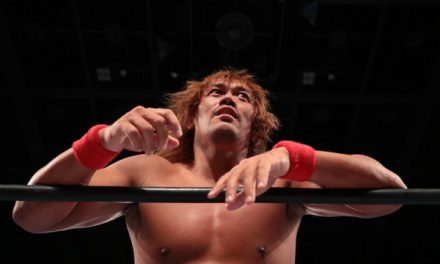