No Goldberg this week, even though the Podcast One twitter hyped a new show. I’m likely the only one who noticed. The podcast week in review, brought to you by Proflowers.com.

Brainbuster: The Pro Wrestling Quiz Show!: A complete why-didn’t-I-think-of-this concept, as host Johnny Sorrow takes elements from podcasts quiz shows like Wait, Wait, Don’t Tell Me and adds, well, wrestling. So his panel of contestants plays games like “Who said it: Don Rickles or Jerry Lawler” or trying to guess cards based on a handful of matches, capped by an exciting lightning round. And if you’re like me, you’ll be playing along in your head.

Talk n’ Shop #31 (1/31/15): A different format than usual, as first we get a segment where Cheerleader Melissa briefly talking to Hudson Envy about her first trip to Japan. Then Karl hangs out with his kids for a few minutes, and the bulk of the show is Doc hanging out with Mike Knox/Knux and talking their experiences in TNA. I’ve never heard Knux in a context like this, and he comes across as a good guy. THUMBS UP

MLW Radio #165 (2/1/15): Court, Konnan, and MSL run down a bunch of news, including Konnan’s beef with Octagon, Roman Reigns, Lucha Underground, and TNA. There is also a bevy of movie reviews and an extended bit on Waterworld for whatever reason. My only complaint is they dropped this right in the middle of the Super Bowl. Maybe scheduling was an issue, but why not release it earlier in the day when people are killing time? THUMBS UP

Piper’s Pit #44 (2/2/15): Piper starts the show by making deflated ball jokes. Not a good start. Things definitely pick up when Luke Williams of the Bushwhackers joins the show. The entire show is concentrated on their time in the Portland territory, in particular telling stories about Elton Owens (brother of Don), who takes a beating (literally, in one of the stories). Piper and Williams are having a blast, and not only is this Piper’s best show; it almost was the show of the week. I’m as shocked as you. THUMBS UP

Steve Austin Podcast on the WWE Network #2 (2/2/15): Steve returns to the Network for another live show, and this time he talks to Triple H about the current WWE landscape. It’s not nearly as noteworthy as the Vince interview, as there are some newsworthy bits, like Chyna going into the HOF and Hunter’s thoughts on CM Punk. A lot of the interview is buck passing and double speak, like you would expect from any executive. People have largely forgotten about this a few days later, which is telling. THUMBS IN THE MIDDLE

Taz Reaction Show #2 (2/3/15): Taz drops a brief reaction show to the HHH podcast. He’s honest about his time in the company and grateful for the opportunity to shift to commentary, which clearly has worked out well for him. I appreciated the insight, but the big problem is Taz is so apologetic whenever he offers an opinion it gets off-putting. I know he’s in a tough spot as TNA commentator talking about the WWE, but really, just say your peace. THUMBS IN THE MIDDLE

Steve Austin Show #191 (2/3/15): Steve kicks off the show by roaming around the BSR and talking NXT and a bunch of nonsense in a segment hampered by terrible audio. Steve does yell at an alligator, so there’s that. The rest of the show is post Super Bowl, as Steve offers his thoughts on the game and then answers a bunch of questions, some of which are about wrestling and none of which are all that great. Stick to the HHH interview. THUMBS DOWN

Talk is Jericho #114 (2/4/15): Andy Biersack of the band Black Veil Brides is the guest. I wasn’t looking forward to this one, but to be honest, it’s actually really good, and I know nothing of the BVB. Biersack tells the story of moving to LA at 18, living in his car, the crazy story of making his first video, working with Bob Rock, getting hurt on stage, and cutting a promo on the crowd at the Golden Gods awards. The band might not be any good, but this is the most surprisingly enjoyable podcast of 2015. <Biersack’s interview starts at 20:08 THUMBS UP

The Ross Report #51 (2/4/15): JR is joined by the Iron Sheik and Jian Magen, who recently finished work on an Iron Sheik documentary. Sheik gets into his history in wrestling, both amateur and breaking into the pros, while Magen talks about his family’s history with the Sheik and getting his documentary made. There are some good bits here and there, like the Rock’s involvement in the film and how that came about. Sheik is very lucid, but doesn’t have a lot to say here. THUMBS IN THE MIDDLE

Bauer & Pollock (2/4/15): Lots of new for B&P to go over, including Anderson Silva and Nick Diaz’s drug test failure and an extensive look at the Triple H interview with Steve Austin (and Court drops a story of HHH burying CM Punk during one of the latter’s early tryouts). Plus info on Dos Caras unmasked, TNA’s taping schedule, New Japan owning NOAH, and the time Alex Greenfield saved the Boogeyman’s life. Only sour note is Court saying New Japan should have a special about the Makai Club. Holy hell. THUMBS UP

Art of Wrestling #236 (2/5/15): A live podcast from a Miami convention, as Colt is joined by the trio of Jim Duggan, Shane Douglas, and Greg Valentine. Duggan’s goes first, and he recounts how he got the name “Hacksaw,” Mid-South, and feuding with Andre the Giant. Shane Douglas is up next talking the Dynamic Dudes and the Dean Douglas character in a very interesting segment. Last is Greg Valentine, talking about his dad, the Hammer nickname, and teaming with the Honky Tonk Man. All 3 guests do a great job, even Valentine, who greatly exceeded my expectations. THUMBS UP

Human Podcast Machine with Taz #6 (2/5/15): Taz has a brief conversation with ESPN anchor and former WWE personality Jonathon Coachman. The first half of the conversation is about the transition to ESPN, calling Sports Center, working with Stuart Scott, and being called “Coach” around actual coaches. The second half is about his WWE tenure, meeting Taz for the first time, the transition from announcer to an onscreen character, and if he’d ever return to the WWE. Very good, very funny interview. The only downside is the lack of a Taz Tale. THUMBS UP & BEST OF THE WEEK

Steve Austin – Unleashed #192 (2/5/15): It’s a replay of Austin’s podcast with Triple H, bookended by new segments where Austin puts over Triple H and acts like the Roman Reigns’ problem was completely fixed on Monday Night Raw. The interview is what it is, but if you already watched it on the Network, there’s no need for this. THUMBS IN THE MIDDLE

MLW Extra (2/5/15): We get a short bonus free show with Court and MSL for some reason. MSL is sick, so he and Court spend the first 11 minutes telling wrestling poop stories. Then they go over Monday Night Raw, the potential 2015 WWE Hall of Fame class, and Kevin Sullivan on National Geographic TV. It’s an OK rundown but nothing essential. THUMBS IN THE MIDDLE

The Jim Cornette Experience #63 (2/5/15): Kenny Bolin returns first to hassle JC. I’m probably a bigger fan of Bolin than most, but he works better spread out, even if these segments are short. Mike Johnson of PWInsider is next. He account of getting into wrestling journalism and his side of the e-mail exchange that revealed Vince Russo was still with TNA is really interesting, but things bog down when they get to the Royal Rumble recap. Reviewing the Rumble with a pundit is so last week, Jim. Also, the Lou Bega drop they use for Bolin randomly plays two other times during the show. <Bolin’s interview starts at 16:12, Johnson comes on at 27:35> THUMBS IN THE MIDDLE

Talk is Jericho #115 (2/6/15): To cap a week of non-wrestling guests, ghost hunter Zak Bagans joins the show. If Jericho’s music interviews have improved, the supernatural ones still lag behind. This one starts out OK, as Bagans details a “Demon House” that he purchased, but he started to lose me talking about the time he was possessed and how ghosts can cause heart attacks and strokes. If you love this stuff you may be enthralled; I have little interest and found it OK at best. <Bagan’s interview starts at 15:30> THUMBS IN THE MIDDLE 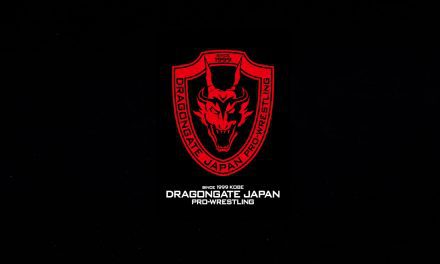 The 2022 Dragongate Primer: Everything You Need to Know About Dragongate