1. Pentagon Jr vs Prince Puma vs Big Ryck vs El Mariachi Loco vs Fenix vs Mascarita Sagrada vs Drago vs King Cuerno vs Super Fly vs Son of Havok – We start off with ten men already in the ring, looking puzzled. Puma has his ribs taped from the big bump he took in the ladder match last week. Dario “Not Johnny” Cueto comes out (wearing sunglasses with a very obvious black eye, putting over the Johnny Mundo KO punch from last week…a very nice touch), and says we’re going to have two 10-man bouts tonight, with the first one starting RIGHT NOW. Cool. So it’s every man for himself, first fall wins. Too many awesome dives and too much crazy action to call, but some of the key stuff was everybody attacking Ryck right at the start, Drago & Cuerno squaring off a couple of times as they continue their feud, Son of Havok looking his best yet to this point, and Fenix pinning Puma with a piledriver. A total spotfest, but in a good way. This is the kind of match every promotion should throw on TV every now & then as something different, because it’s a style of match that anybody can enjoy and that every live crowd pops for. ***1/4

Another vignette for (Brian) Cage aired. They’ve done a good job spreading out the debuts, providing back stories, and not throwing too much at the viewer all at once.

Konnan is giving Puma the business for losing. Based on his body language, Puma (who still hasn’t spoken a word, and probably never will unless he learns Spanish or they do voice overs) was not pleased with Konnan dressing him down. Konnan has shown some signs of being a tweener, but this came off more like a”tough love” session, because Puma is on a bit of a losing streak.

2. Sexy Star vs Johnny Mundo vs Pimpinella Escarlata vs Mil Muertes vs Cisco vs Castro Cortez vs Bael vs Famous B vs Ricky Mandel vs Chavo Guerrero Jr – This was a “Boyle Heights Battle Royal”, with traditional over the top rules. Sexy Star went right after Chavo at the bell, and they ended up fighting the entire match. The mysterious Asian woman was lurking around the crowd again, so she appears to be scouting the entire roster, since in previous weeks she was exclusively watching Drago vs King Cuern. Famous B was the first person tossed, by Escarlata. Ricky Mandel was thrown out by Big Ryck’s gang, who Striker has begun calling “The Crew”. Muertes tossed out Escarlata. Chavo eliminated Sexy Star, which at that somewhat early point in the match was a bit of a surprise. The elimination also came off a little anti climatic. Ryck’s gang thought they had Mundo eliminated, but he was doing all sorts of creative and wacky body contortions to avoid elimination. He surprised Cortez, who thought he had Mundo eliminated, and threw him out. Next out was Cisco by Chavo, and then Bael via Muertes. So at this point we were down to Chavo, Mundo, & Muertes. I should note that Mundo had his shoulder taped, so he was selling injuries from last week, too. I love those small attentions to detail. Mundo eliminated Chavo, setting up a Mundo/Muertes stare down. Mundo must have skinned the cat and saved himself from elimination at least seven or eight times total during the match, and he got off far more offense against Muertes than anybody else has managed to do to this point in the promotion. Muertes blocked a The End of the World, and used a big lariat to finally knock Mundo over the top rope. A great showing by Mundo, and Muertes stays unbeaten. This wasn’t bad by the standards of a Battle Royal. The Mundo/Muertes portion of the match was good. ***

One thing to note about the two 10-person bouts, was that there were no new faces in either match. Everybody involved was an already established character, and with the exception of the jobbers like Famous B & Ricky Mandel, they all had some level of back story or established personality. A crazy battle royal is probably the worst possible scenario to introduce someone new, so that’s a good job by the promotion making sure it was 20 established personalities involved in these matches.

Back from commercial, and the two winners, Muertes & Fenix, were facing off in the ring. Cueto came out with a championship belt, and announced that the winner of “Aztec Warfare” in three weeks (January 7) would be the first Lucha Underground champion. He booked Muertes vs Fenix as the main event for tonight, with the winner entering Aztec Warfare #20, and the loser entering at #1. In other words, Aztec Warfare = 20 person Royal Rumble.

3. Mil Muertes vs Fenix – This started with eight minutes left in the show, so we weren’t getting a half hour main event like last week. They teased a double count out early, which didn’t make a ton of sense considering the stip. Striker & Vampiro were really playing up that Fenix was both tired from the ten man match and exhausted from absorbing Muertes’ power moves. Aside from two hope spots, this was a total squash with Muertes winning with the Flatliner. I loved this finish. Muertes stays undefeated and still looks unstoppable, and Fenix doesn’t come out of this looking weak because he won the ten man bout by pinning Puma, and came into this match “worn out” against a guy who is presented as a total monster. **

The show ends with Cueto talking to whoever he’s keeping inside the cage. He teased and taunted this mystery person by flaunting the title belt, so presumably we’re finally going to see him or her in the Aztec Rumble. The show goes dark for Christmas Eve & New Year’s Eve, so they scheduled two big hooks for the return on January 7th.

Another good show, despite the fact that Matt Striker sounded like he swallowed a beehive. Long taping are apparently rough on everybody, not just the wrestlers. 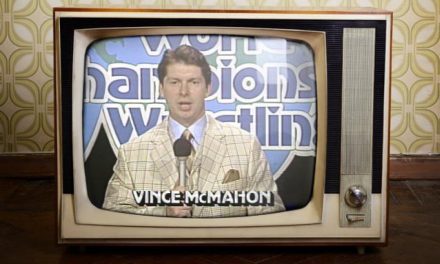 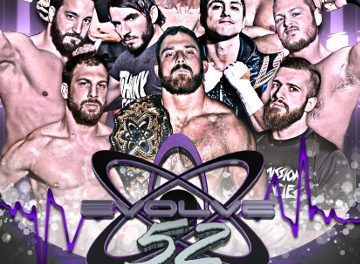