Shake Them Ropes returns with a packed show previewing both WWE TLC this Sunday, as well as NXT Takeover: [R]Evolution this Thursday. We’ll run through the buildup, predict the winners and losers, and wax poetic on Charlotte’s crossover debut this week from Raw. We also continue with our WWE Network Top 100 Matches to See countdown, as we dive into #97 between Shawn Michaels and Marty Jannetty from the May 17, 1993, WWE Raw.

Join us LIVE this Thursday night at ShakeThemRopes.com for our NXT Takeover live post-show. We’ll be taking any calls, twitter messages, and email on the events of the show. Hope you’ll join us! 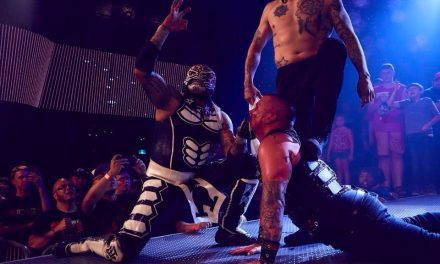