Continuing to cherry pick the recent in-ring highlights and noteworthy events around the Japanese scene. Not reviews, rather these are spoiler-free recommendations and overviews from events I haven’t reviewed in full. These selections pick up in early October with a couple of slightly earlier picks.

Daisuke Sekimoto vs. Shinobu
BJW Ikkitousen Strong Climb, BJW Television
June 30 2014, Korakuen Hall, Tokyo
From Big Japan’s very own annual round-robin tournament comes this particularly scholarly and exciting piece of action that defines all the possibilities inherent in a big man vs. small man match. Sekimoto is Mr. BJW and many of the younger guys in that company have taken guidance from him. Shinobu, smaller and much more modern, works through the onslaught that only a 280lb man who sprints from corner to corner raging like a stuck wolf can provide. In 19 memorable minutes, the two go at it hammer and tongs in a Herculean performance that teeters on the brink to the very death. ****1/4 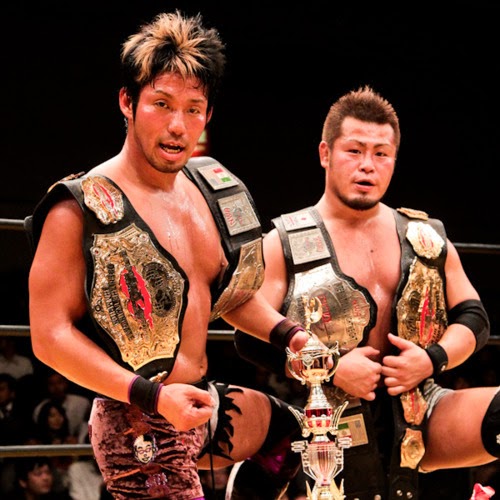 A rapid rematch of a rapid match, occurring within a fortnight of the Summer Adventure Tag League Final which saw champions Millenials downed by the pair from the all-named Jimmy faction. This time the titles are on the line as the pair attempt to top their fine outing, which they don’t quite manage. I’m yet to fully unlock the Dragon Gate psychology, which means I don’t understand exactly what counts as selling – there appears by my non-expert vantage point to be very very little. The constant flipping and invention does become a little wearying. I don’t want to be overly-critical; these four are well-rounded and capable and the smoothness on offer is unmatched. Sometimes, I am reminded, rough edges are good to have. ***1/2

I am largely unfamiliar with the work of Hero though the little I have seen has been impressive. Here, against defending Global League winner and all-time great Yuji Nagata, Hero goes for broke in a match with fantastic heat and some super work. The dynamic works that Hero, much larger than Nagata, isn’t quite the wrestler his opponent is but possesses big weapons to outgun him. The commentators really aid this by exploding whenever Hero rocks Nagata with a roaring elbow shot. Nagata looks great here too, reverting to his NOAH character of dick heel, offering the test of strength and then kicking Hero in his hind quarters. It feels more like a fight than a match. Really enjoyable stuff. ****

My tag team of the year going head to head should be a mouthwatering clash; two of the industry’s most storied and varied veterans, neither of whom can understand the words ‘go easy’ when paired together and ambassadors for the sport who are absolutely fantastic workers in and out of the ring. After an understated handshake, the two lay into one another as if foes rather than friends, the referee having to intervene to stop either man laying in strikes to unguarded opponents in the corner. A see-saw battle with a lot of fighting spirit, perhaps not as exhilarating as their tag team encounters, but then again not much is. ***3/4 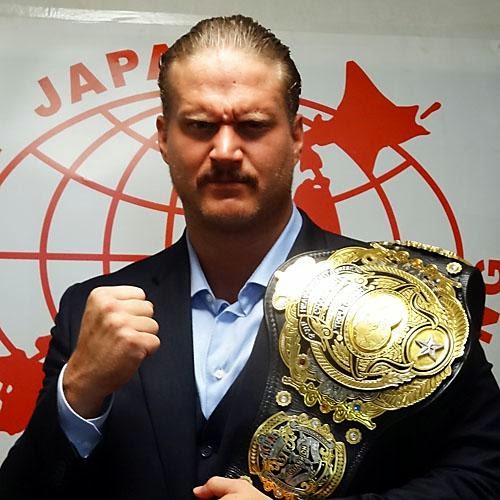 Doering’s third defence of the Triple Crown begins in the relatively stilted silence that often greets the halls where Misawa once trod. Eventually, as you would expect working with a canny operator like Shiozaki, the crowd boost their levels to appreciate a fine match. Converting Doering from another muscly WWE development guy into the hoss champ of their dreams won’t come just by adding cowboy boots and a moustache, but performances like this will definitely help. ***1/2

An outstanding video package plays, detailing Open The Dream Gate champion BxB Hulk and his challenger Akira Tozawa’s shared decade of history within Dragon Gate. Their allegiances have shifted and morphed down the years, but in many respects this match suggests the completion of a circle. The entrances and pre-match routine are slightly overwrought as is Dragon Gate’s wont, but the match opens and unfolds with fantastic attention and rapture from the Osaka crowd. Dragon Gate’s presentation slightly negates that, opting for the high contrast of white on black, which is occasionally to the detriment of a passionately-contested bout. Tozawa is excellent as the aggressive challenger, looking to penetrate the intangible facade of the champion. Against the inscrutable Hulk, it very much looks like the story of Tozawa’s struggle rather than the champion proving anything. ****

Clashes between these pairs have been fertile ground in 2014 and this, the final of the Super Jr. Tag Tournament showcases that. The Gifu crowd is slightly stilted to begin with, but the immaculate timing and structuring of the quartet drags them to a rousing finale. The styles clash here is really pronounced, comprised of a team of identical guys (Young Bucks) who know everything about their partner there is to know against a team of disparate stylists looking to improve match on match. They’re not the ROH Tag Champions for nothing though, and this match shows why they’re a candidate for tag team of the year – fluid and believable in equals measure. **** 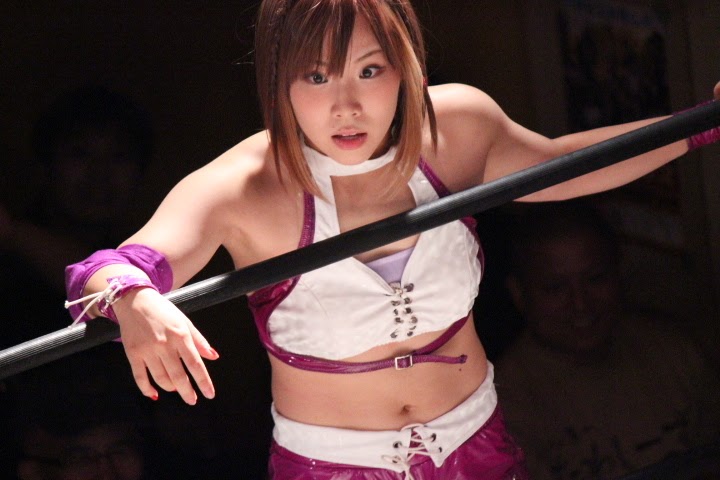 On the back of a bruising epic between Shirai and Yoshiko in the 5Star GP Final, the Goddess of Stardom champions Takahashi and Hojo came to the ring to assert their superiority ahead of a challenge from their opponents. A nice video package details the champions’ collective authority over rivals who may exchange the top singles belt frequently but lack the unity required. A match of unfashionable length, riding close to the half-hour mark, sees all manner of inventive flourishes from all parties. Its breathlessness harbours a touch of ridiculousness, though it remains solidly entertaining and ambitious from bell to bell. ****

A technical masterclass from two young masters in front of a crowd that perhaps doesn’t deserve these beautiful miniatures of inventive, ornate, fluid scientific wrestling. Harada, here making his seventh defence of the GHC Jr. Heavyweight title, fights from underneath as his British opponent dominates with work that is performed with such skill that it looks occasionally like an exhibition rather than a contest. Down the stretch things get grittier, but this is a confident assertion of the depth in NOAH’s junior direction and the lack of necessity to go toe-to-toe with the likes of DDT and Dragon Gate for quality. ****1/4

Interrupting my break from New Japan during the Tag League (heavy going, if you ask me) to catch this match which came recommended on Twitter. This resumes the fun inter alia war between Shibata and Nagata, with the additional benefit of having Goto crashing and bashing and Nakanishi being totally fun and cool all over the place. The majority of the match is, essentially, Shibata using his UWF-styled body to rile Nagata up, and eating up the inevitable displeasure. A fun, physical scrap. ***1/2