The most frequent question sent to the VOW Superstars Mailbag is “Hey Joe, why do you review Superstars in massive chunks instead of reviewing the show each and every week?”

Obviously there is no VOW Superstars Mailbag. Nobody even reads these reviews in the first place. I know this to be true, because I see the numbers, and whoa boy are they are depressing.

But the answer to the above fake question that I posed to myself is that Superstars only features two matches, and even for a creative genius like myself who finds ways to review matches without actually talking about the match, it is still very difficult to stretch the content of two seven minute matches into something close to a thousand compelling words. So instead, for the benefit of YOU the reader, I give you a beefy three episode, six match breakdown of the least watched matches in the entire WWE Universe.

Speaking of beefy, I was fully prepared to bang out ten thousand words and ten weeks worth of review today. Thanks to mis-titling the last set of reviews “279 & 280” (a mistake that “editor” Rich Kraetsch also missed when he “edited” the piece ), I genuinely thought I was going insane and had completely lost any and all ability to keep track of time. Yup, I thought I was TEN weeks behind, and watched nearly an entire match from #281 before I figure out what went wrong.

Adam Rose vs Curtis Axel: More on Curtis Axel later. As for Adam Rose, this match is three weeks old, so this was before Rose started teasing the hottest feud of 2015 with the Bunny, so he’s still doing the goofy Russell Brand routine. I always figured the Bunny would be the one to turn on Rose, but that would probably mean completely giving up on Rose as anything more than a prelim act, so the direction they’re going with makes more sense. I’m very intrigued by the possibility of Rose as a vicious heel who mixes in elements of Leo Kruger. Speaking of vicious, Axel used some vicious offense early in this match, before being distracted by the aforementioned Bunny. This led to a Party Foul, and that was that. Not much of a match. *1/2

Next up is a replay of the horrendous Mark Henry vs Big Show abomination from RAW. You would think they would burn the tape and forget that this thing ever happened, but for some reason they exposed it to the masses TWICE. Look, I’ve never been a big Mark Henry fan. Even when he was supposedly good for like ten minutes a few years ago, I didn’t get it. He’s a good promo and is great at mean mugging, so the character work is down, but between the bells he was always the shits to me. But we’ve now reached a point where you can not reasonably defend any of his performances. He’s less mobile than ever, and it’s not because he’s some sort of master of methodical psychology, it’s because he’s a 400 pound man on the wrong side of 40 who’s been taking bumps & cramming himself into airplane seats for 20+ years. He’s routinely the worst thing on any RAW or PPV he appears on these days. I hear he’s a nice guy and all that, but the roster has passed him by. He’s done. Get him off of my TV.

Jack Swagger vs Heath Slater: Heath Slater is what Adam Rose would end up turning into if he goes heel without a mean streak, and they already have a Heath Slater. You especially don’t need another Heath Slater when the current Heath Slater is so great in his role. With Obama passing his “Fuck it, everybody is legal!” executive order this week, it might be time to rush a Zeb Coulter heel turn so he can cut a promo on RAW. Then again, maybe that would be a face promo. It’s sort of in the eye of the beholder, no? The fact is, Coulter’s previous “heel” run was barely that. He had a catch phrase that was over, and his supposed racist views were far too tame to even come close to truly crossing any lines. We all understood what Zeb was supposed to be, but he never truly got there, because they wouldn’t go all the way with it. Zeb was less of a xenophobic racist, and more like your drunk uncle who isn’t quite politically correct. He just wasn’t vile enough. He was a harmless old man who had his heart in the right place, but (sort of) had his foot in his mouth. The fact of the matter is, no matter where you stand on it, immigration is a divisive political issue, so if someone is going to heel off of something divisive, they need to be outrageously impossible to defend. Zeb wasn’t. And that’s why the act stopped getting heat. Anyway, this match was on its way to being the WWE 2-star special, but instead of the standard babyface comeback after the heel side headlock spot, Slater cut Swagger off again and they did a mini New Japan back & forth closing run. Some real good stuff here, with Swagger catching Slater coming off the top and transitioning right into the ankle lock. Cool finish. **3/4

“After the break , we’re going to relive RAW’s main event…”. At least we don’t have to relive Henry vs Show again.

But before that, this happened. It was incredible, and there is nothing I can say to make it any better so just watch:

Why they wasted something so great on Superstars is beyond my understanding, but with that said there is no chance something this fun would get past the powers that be on RAW. I’m willing to bet Vince never saw this.

Sin Cara vs Curtis Axel: Maybe Axel should have taken up Ryback’s offer for those “books about politics”, because Ryback is in the main event of Survivor Series, and Curt is working the Superstars curtain jerker again. With the emphasis on pushing NXT as something meaningful as opposed to something they pretend doesn’t exist, I wonder why Sin Cara never appears on the main roster with his NXT tag belt. By the numbers stuff here, shine, cutoff, heat, comeback, finish. It seems as though all it took for the hot Superstars run of cool TV maches to end was Axel coming back from injury. Sin Cara wins, but move along, thee is nothing to see here. *3/4

After some RAW stuff, we get a Ryback video package. I could have sworn I saw Jay Lethal for a split of a split second in this, but after rewinding about a half a dozen times, I figured out it was JTG.

Heath Slater vs Big E: This I was hyped for, because we got Heath in the main event slot for the second week in a row, and he was facing personal favorite Big E, who is awesome and needs a push. I have nothing against The Big Guy, but for my tastes i’d prefer Big E in the current Ryback slot. The British crowd was way into Slater here (and to a lesser extent, Big E too), doing the old “Yay, yay, yay, Boo!” routine to their punches, and giving Big E some (ironic, but who cares, it was fun) old school heat. This was the most a crowd has been into a Superstars match since I’ve been writing these reviews, and it was pretty great. Even the announcers took notice, bringing up the Union Jacks as a possible reason the crowd was so solidly behind Slater. Nice callback! The result of all of this was me having no idea who was the face or who was the heel. Heath was clearly the heel vs Swagger a week earlier, but he went with the crowd and worked like a face. Big E is a face…or is he a heel? His new black guy faction are clearly heels. Or are they faces? Who the fuck knows. He was ambiguous as ever here, but he celebrated like a face after picking up the win. Thing is, it didn’t matter who held the traditional roles. Both guys were over and the match was fun. So who cares? **3/4

WHOA, I got my third Network ad ever as I fired up 293 on the Roku. The addition of Network ads has been incredibly non-intrusive so far, to the point I forgot about them. And the only ad I ever see is the one for the sketchy phone service carrier with the kid having his thumbs removed by his mom.

Paige vs Alicia Fox – I guess they didn’t take Renee Young to Europe, because Tom Phillips and Byron Saxon called 292. Young was back with Phillips here. Divas action, for the first time in many weeks. Good Divas too, none of this Cameron or Summer Rae shit. Paige is wearing fishnets, which instantly make her (or any other woman, for that matter) at least 16% more attractive. Paige used some creative submission moves in place of the lazy side headlock spot. Take note, Tyson “Headlocks McGee” Kidd. Fox got the shortest of comebacks before Paige won with the Ram Paige or Rampage or Rampaige or whatever. This was fine, but it was a squash, so don’t let the rating fool you. It served it’s purpose of putting Paige over for her title shot at Survivor Series. *1/4

The Authority vs Ryback promo from RAW airs. This reminds me. Would it kill them to acknowledge that Mark Henry & Rusev were just involved in an ugly feud? Maybe do a bury the hatchet handshake? Or an uneasy acknowledgement that they still don’t like each other, but are doing “what’s best for business”? Anything to not insult the viewers with an attention span longer than a toddler? Little details like that are what makes Dragon Gate great and what has made Lucha Underground so fun so far.

REAL MAN Curtis Axel vs Sin Cara: Rematch from last week, and they show highlights from the previous bout to set it up. See? This is what i’m talking about when I talk details. Little things like this matter. I’m now way more intrigued by this match, because I didn’t have to create a little made up narrative on my own to get invested in it. They gave me a narrative. It really doesn’t take much. Curtis Axel is now going all the way with this REAL MAN routine, and i’m on board. He does a little backstage promo before the match, where he talks about drinking cold beer and speculates on Sin Cara hiding a GIRLY FACE under his mask. This has some serious B-show potential, people. If you don’t believe me, you have got to see how this man struts around when they cut to the “Superstar wanders around backstage” deal they like to do as commercial bumpers. This has some amazing troll possibilities. They should go full chauvinist and have him ask random Divas to “grab him a cold one”, or maybe hook him up with a Diva and have him refer to her as his “old lady”. The possibilities are endless. The gimmick is far more interesting than his matches, as he once again managed to drag Sin Cara down to his Zzzzzzzzz level here. This was better than the first matchup, but still wasn’t what I would call good, and Sin Cara is a guy who’s been tearing it up vs other people on this very show. Axel controlled most of the match, but Sin Cara won again with the top rope senton. **

REAL MAN vs Sin Cara III next week, even though Sin Cara won the first two? Check back here in three weeks to find out. 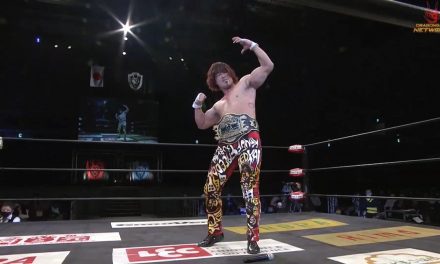 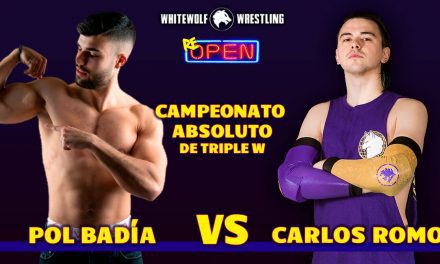