The podcast week in review, brought to you by Truecar.com.

“I sent away for Secrets of Pro Wrestling… when I was ten. Volume one and volume two, I kept them in a briefcase because the books told me to keep kayfabe.” – Drew Galloway protects the business.

Talk n’ Shop (11/8/14): The Young Bucks join Doc and Karl for another show. There’s a fun story about trying to put a match together with the Hardy’s and why the Bucks are the Andre the Giant of this generation. There’s also a lot of talk about self-pleasure, with some, um, re-enactments from Doc, so maybe listen with the headphones on rather than playing it on the speakers. THUMBS UP

MLW Radio (11/9/14): Konnan and MSL talk to Ricardo Rodriguez about his time in and departure from the WWE. The parts about the backstage machinations in the WWE, working with Del Rio, and why he got put with Rob Van Dam are quite interesting. But the segments on breaking into wrestling and Ricardo’s thoughts on the current product drag a bit. THUMBS IN THE MIDDLE

Piper’s Pit (11/10/14): Piper is joined by old running buddy Bob Orton Jr. There are some fun stories about crazy times on the road but what should have been Piper’s best show just never gels together like it should. THUMBS IN THE MIDDLE

Steve Austin Show (11/11/14): Another show of Steve taking calls from fans. Some good talk about blowing up the DX bus and giving Donald Trump (who he calls a “high character, high class guy”) a Stunner, some less interesting talk about football and hunting. It’s another OK show, the usual Austin standard these days. THUMBS IN THE MIDDLE

Talk is Jericho (11/12/14): Zoltan Bathory of metal band Five Finger Death Punch joins. There are some interesting bits about moving to America from Hungary and being a certified expert in hand-to-hand combat, but overall the interview drags and I was zoning out by the end. <Zoltan’s interview starts at 20:09> THUMBS DOWN

The Ross Report (11/12/14): Former Smackdown head writer and frequent MLW Radio guest joins JR to talk about his time in the company, fighting with Vince, and collaborating with JBL, Eddie Guerrero, and Mark Henry. Greenfield has been on a lot of shows so if you’ve heard him a bunch this probably isn’t vital, but they cover some new ground and taken on its own it’s an engaging listen. Greeney and JR waxing about Kenta Kobashi and Steve Williams is something else. But the show was taped before Ross agreed to call the Tokyo Dome show, so don’t expect any additional insight into that. <Greenfield’s interview starts at 28:22> THUMBS UP

Bauer & Pollock (11/12/14): The duo return to run down a packed week of news. Lots of discussion about Lucha Underground, Smackdown moving to Thursdays, Vince cutting a promo on Liverpool, and UFC. A bit about TV watching rounds out a fun episode. THUMBS UP

Who’s Next With Goldberg (11/13/14): Bill is two days late and several dollars short, at least in regards to the first segment. Cruz Pedregon (spelled “Crews Pedragon” in the show description) is a race car driver and talks race car driving, so, yeah. Mauro Ranallo and Frank Shamrock are next in a much better segment, as they talk the old days of Pride, mental health, Japanese wrestling, and why Goldberg won’t write another book. THUMBS IN THE MIDDLE

Art of Wrestling (11/13/14): Former WWE star Drew Galloway is the guest of the week. There’s some good talk about his time in the WWE, the 3MB gimmick, getting cut and working Evolve, but the best parts are the oddball stories of writing the FBI as a kid to get secret documents and getting his driver’s license in 45 minutes. THUMBS UP

Steve Austin – Unleashed (11/13/14): The show starts with a lengthy monologue as Steve drives around L.A., plays tour guide, and sings along with some country music. Steve then takes phone calls on topics like Chris Adams, finishers, blood, and getting smashed at Zakk Wylde’s house. The usual decent Austin outing. THUMBS IN THE MIDDLE

Jim Cornette Experience (11/13/14): Jim rants about politics and Grumpy Cat, and tells an amazing story of saving 70’s Carolinas footage from the dumpster. Lance Russell then joins the show to talk about the very early days of Memphis wrestling and stories about figures like Sputnik Monroe, Roy Welsh, and Jackie Fargo. Lance is great here and I can’t wait for part 2. <Russell’s interview starts at 28:53> THUMBS UP

Talk is Jericho (11/7/14): Jericho plays a Fozzy song, talks to his kid about fish, and then has Paige on for the main interview. Paige’s interview is great, covering her wrestling family, wrestling at a young age, moving to the States and making it in the WWE, and getting taught promos by Dusty Rhodes. Excellent stuff. <Paiges’s interview starts at 28:23> THUMBS UP & BEST OF THE WEEK 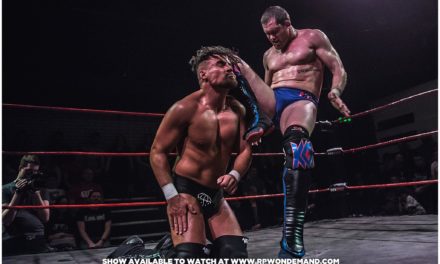 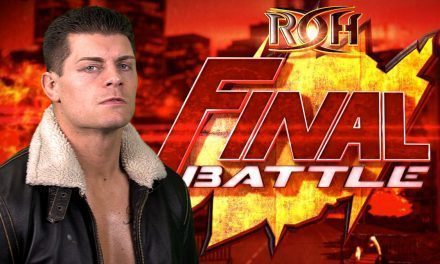