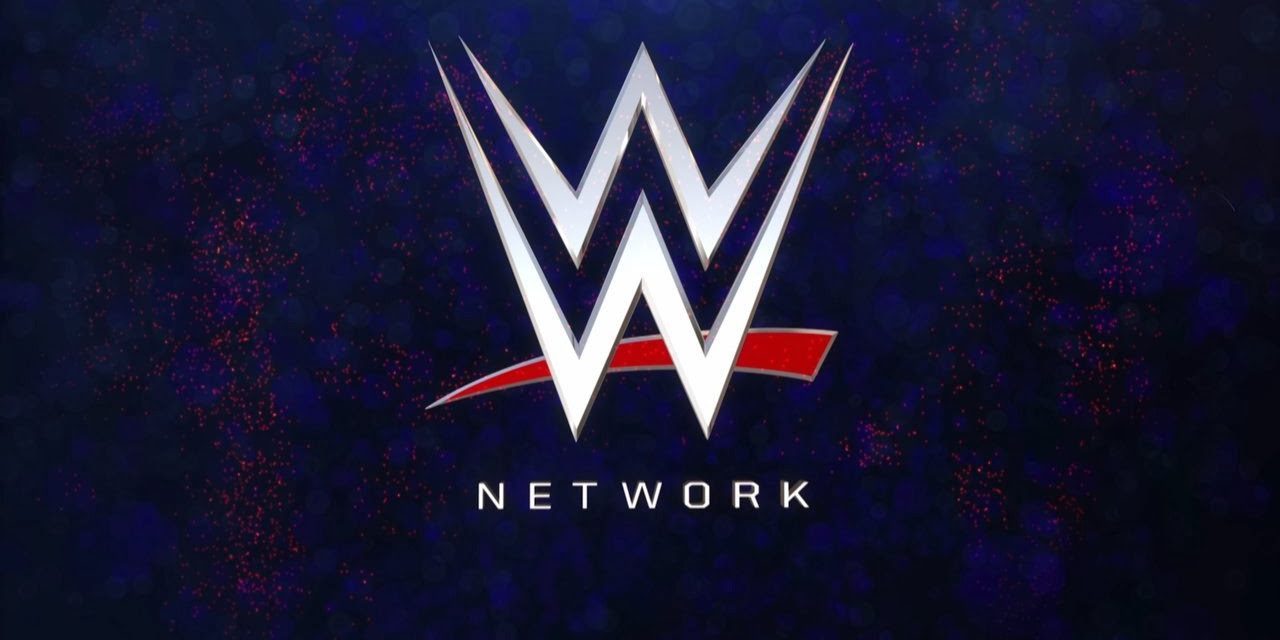 Superstars has been on a nifty little run lately, even though the Titus O’Neil era appears to be over. Titus owned the show over the spring & summer, but as we creep towards the winter months, it’s been the Kofi Kingston’s, Sin Cara’s, Justin Gabriel’s, Tyson Kidd’s, & Naomi’s having cool matches on the forgotten little show that nobody  ever watches. Titus is nowhere to be found anymore, instead plying his trade (and underwhelming) on NXT, and jobbing on RAW.

1. Tyson Kidd vs Kofi Kingston – Tyson was on quite the roll from both a character & match quality standpoint a few months ago in NXT, but the quality of his work on both fronts has been tailing off lately. The crazy cat guy gimmick is doing him no favors, and the babyface wife/heel husband deal seems to be stuck in a holding pattern, likely waiting to sync up with a Total Divas storyline before it advances. He’s also fallen victim to side headlockitis, and affliction that has taken over a decent portion of the WWE roster as of late. That wasn’t a problem here, as this match was all fast paced action from start to finish. Kofi continues his hot Superstars run, and is starting to threaten Titus for 2014 Superstars MVP honors. Kofi is the best flyer on the roster, and people who don’t watch this show have missed some of the best overall performances of his career. The did the usual finish of recent vintage Kidd matches, with Kidd using his wife as a human shield, and then taking advantage of the noble & distracted babyface. Hot action, but unfortunately Kidd followed this up with a side headlockathan on RAW vs Sheamus that bored me to tears. It makes me wonder if there is some company directive happening, or if all of these matches that feature the long side headlock spot have the same agent. ***

They showed the Cena/Orton/Heyman “Class of 2002” segment from RAW a few weeks back. No mention of Charlie Haas.

Next up was the Mick Foley segment that felt like it never ended where he attempted to put over Hell in a Cell. I’m almost positive they added canned heat to this.

2. Bo Dallas vs Jack Swagger – They’ve seemingly given up on Bo Dallas, with a bunch of quick squash matches in recent weeks, but since I watch Superstars & do these reviews in bunches, I can’t remember if that losing streak started before or after this match. I’ve said my piece concerning Bo. I think it’s a low level prelim gimmick that quickly wears out it’s welcome, and I think we’re seeing that effect play out now. He’s nothing special in the ring, so I think it will take a serious repackaging to salvage anything meaningful out of him beyond a comedy spot. This was worked like a physical mismatch, with Bo using dirty tricks to stay one step ahead. I liked this match better than just about anything i’ve ever seen out of Bo, even though this featured the inevitable looong side headlock spot (Serioulsy, is this a directive? It has to be a company directive). Maybe one day Bo can develop into a Yoshinari Ogawa/Gedo/Kenichiro Arai type sleazy heel.  That might end up being his niche. Bo only got a two count on a side slam, and went absolutely mental about not picking up the win. He used some old fashioned “i’m fed up” ground & pound, and then set up the Bo Dog. Swagger reversed into the ankle lock, and Bo tapped. I looked up the Bo losing streak. Since beating Zack Ryder on this show (airdate 10/13), as of this writing Bo has lost five consecutive televised singles matches. **1/2

1. Summer Rae vs Emma – Remember when Summer Rae & Layla had a feud that consisted of dumping shit on each other? They’re friends now, trying to work their way up from third string heel Diva level. Layla is well past the usual expiration date of this company when it comes to employing women, but let me tell you, woweewow does this woman have some body on her. Speaking of third string Diva acts, Emma is still paying her dues from her (alleged, so Rich doesn’t get sued) Walmart heist. Renee Young took time away from her busy schedule of supporting racism & genocide (seriously, people who waste energy getting worked up by Halloween costumes should reevaluate where they place their stress) to explain that these two have a long history going all the way back to the NXT days. I think Summer Rae is the shits, and nothing here changed my mind. This was sloppy in spots, and Summer Rae just has the feel of somebody who is never going to grasp this wrestling thing. Emma was fine, as usual. Emma went for the Emma Lock, but Layla hopped up on the apron for the distraction. This allowed Rae Rae to use the sneaky school girl for the 1-2-3. This was a wrestling school match. The highlight was Layla mocking Emma with some funky dancing as she did the WWE walk backwards up the ramp post match deal. Layla is a WOMAN. If she invited me to buy her a reasonably priced dinner, I would not turn her down. *1/2, an extra half star for Layla’s adorable funky dancing

Lots of Authority crap from RAW. Fast forward. I wish I could do that live.

2. Crazy Cat Guy vs Sin Cara – Nattie at ring side, surely to not advance the slowest moving story in WWE history. This match featured not one, but two long side headlock spots, which if nothing else gave us Kidd yelling at the ref to “ask him in Spanish!” when Sin Cara wouldn’t give up. Sin Cara wears a mask, and I still managed to catch him calling spots. The downside of HD, people. Kidd couldn’t put his man away and went for a Sharpshooter. Cara rolled out of it and used his cool schoolboy powerbomb combo for a near fall. Mr. Cara went to the top to finish the soon to be divorced guy off, but Kidd rolled out of the ring. Kidd then used Nattie as a human shield again, which again led to the finish, which again the announcers sold like it was the first time they ever saw it despite the fact that he does it every week on every show, including this one just one week earlier. Normally they do a good job on Superstars with continuity, so this bugged me. Not as as good as the Kofi match from 289. **3/4 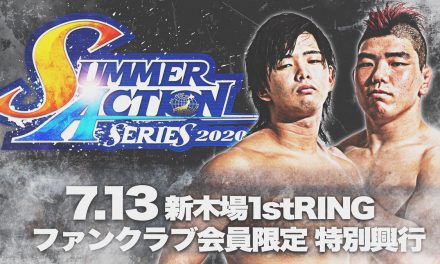 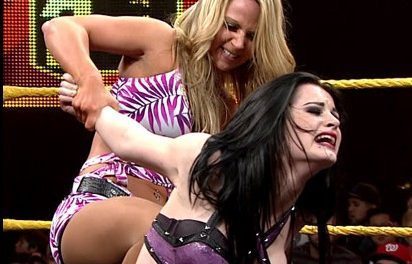