Sorry, let’s look on the positive side, Seth Rollins and Dean Ambrose have a feud that will likely be ending in a Hell in a Cell, exactly how it should’ve been booked despite the forced theme PPV. The feud has gotten a little off the rails as of late but I don’t think there’s a fan in the world that doesn’t think these two at least won’t have an above average match. Some, myself included, think these two can have a star-making, classic Hell in a Cell match. You can take some solace in knowing, one way or another, it won’t be bad. The rest of the card is filler to the max — Brie vs. Nikki in a battle of the Bellas, the loser gets to be the other’s personal assistant for 30 days. You can cut the excitement with a knife, folks.

Join our Hell in a Cell discussion on the VOW forums: https://www.voicesofwrestling.com/forums/topic/wwe-hell-in-a-cell-2014-discussion-thread/

Rob McCarron: Dolph loses a lot. Cesaro loses a lot. On Sunday, we’re practically guaranteed that both men will lose. However, whomever only loses once will be the winner! Hooray! I don’t care who wins, I’ve already given WWE the benefit of the doubt twice on each guy getting a good run with the secondary titles. I’ve run out of fucks to give.

Taylor Mitchell: The “2 out of 3 Falls” stipulation is one of my favorites. These two guys can go and have gone on TV very recently. The difference between those matches and this one is that Cesaro and Ziggler will finally be able to work a good long match without being interrupted by heat sucking commercial breaks. So many times these two would start off a hot match and then would go into commercial break friendly restholds. Ugh. This match could steal the show. Cesaro wins and it leads to a Best of 7 Match series with Sheamus to unify the IC and US titles.

Great efforts with no meaning.

Prediction: Given how strange WWE booking is, I say Cesaro wins 2 falls to 1, Ziggler gets DQ’ed in third fall keeping the title.


WWE Tag Team Championship
Gold and Stardust © vs. The Usos

Rob McCarron: I don’t know who is next in the tag division for a title shot, so there is no tell there. I guess the Rhodes should win, since they just got the belts. Honestly, neither team should be champions. Give the belts to Bálor & Itami. Or the ghosts of Haas & Benjamin. Or Vacant. Vacant hasn’t had a title run for a bit.

Taylor Mitchell: I really enjoyed this match last month at Night of Champions. I gave it **** knowing I rated it higher than most, because I really dig the Rhodes Bros’ gimmick and the Uso’s are always fun in a PPV setting. This match has been done to death and I hope the WWE is aware of their incredibly weak tag division. BRING IN THE YOUNG BUCKS! Anyways, this match won’t be awful, but I doubt I’ll be giving it ****.

Prediction: Gold and Stardust via Schoolboy

Rob McCarron: These two have traded wins on pay-per-view’s for several months now. AJ is the champion, so it’s Paige’s turn. Realistically, it’s time to move away from these two. I’m ready to see Paige take the ball, run with it, and work to defend her title against an up-and-coming female babyface. Who that could be? No idea. I really see no clear direction after AJ vs Paige, so I could see this feud, ugh, continuing.

Taylor Mitchell: This match is also done to death. This feud originally started as a dream match scenario with two rarely good WWE Divas who are vastly different from the usual super model divas that dominated the Diva’s division for years. This feud has gone from dream to nightmare. BRING UP CHARLOTTE! The match result doesn’t even matter at this point, but let’s play some more hot potato.

Lady of the unspoken.

Prediction: Paige (additional prediction, this is AJ Lee’s last match for a while)

Rob McCarron: Rusev wins clean, then the two will rematch later when Mark Henry makes his heel turn. Don’t know what’s next for Rusev except to go for the U.S. Title, or straight up to Cena.

Taylor Mitchell: This match could turn out to be a gem. Big Show has been wrestling a quiet fast pace in his matches for the last 6 months that have gone under the radar. Show is hitting the ropes harder and faster than ever and is pulling out Sunset Flips. Rusev has been one of the few things the WWE has booked right since Daniel Bryan won the WWE title at WrestleMania, and I expect them to keep that going here with a win over the crybaby Big Show.

Thunder on the mountaintop.

Rob McCarron: Sheamus wins here, Mizdow stars to wonder if he’s actually better than Miz, and away we go. I see Sheamus and Rusev getting put together which has been rumored for quite some time and actually make sense with shamus being US champion. There’s always the possibility that Rusev goes right to Cena, but I think one step at a time is best. The guy has the chance to be one of the next big things, so like Goldberg, let’s give him the US title before jumping up right to the main event.

Taylor Mitchell: The WWE has killed The Miz’s new Hollywood gimmick. It died at Night of Champions when the WWE thought Florida Georgia Line cracking jokes with JBL and Cole was more important than two of their superstars that wrestle 300 days a year. The WWE really lost an opportunity to build The Miz back up into a legit main eventer. Mizdow has to go too. I don’t understand the appeal of his gimmick. Stunt doubles aren’t mimes who stand next to the actor and mimick their every move. It makes no sense and is just stupid at this point. I dug Sandow when he was the Lanny Poffo Genius guy, but since he became a comedy act I’d prefer him to get off of my TV and never return again. Oh, and Sheamus should win this match so he could go do that 7 match thing with Cesaro I was talking about.

Prediction: Miz rolls up Sheamus after pulling Mizdow into way of Brogue Kick.

Rob McCarron: Nikki has to win, Brie has to cry, and Daniel Bryan has to wonder if he event wants to come back anymore. This will probably be the part in the show where I check in on Game 5.

Taylor Mitchell: This feud sucked even when the WWE cared about it. And now they don’t even care about it anymore. The segment that set up this match was an exclusive clip on WWE.com after these two ate up precious main event TV segments for months. Normally when there is an awful match on the card I can get over it knowing it will end soon, but no matter who wins this match we are going to get 4 weeks of stupid TV segments of one sister being the other sister’s assistant. You know those times when the WWE starts a storyline and then ends it with no explanation? I beg of them to make this one of those times.  I rarely give a match a “dud” rating. I feel it should be reserved just as much as a ***** rating, but this match is headed that direction.

Sean Flynn: I hate this program.

I really hate this program.

We all lose this feud.

Hell in a Cell
Dean Ambrose vs. Seth Rollins

Rob McCarron: It makes all the sense in the world here to have Ambrose win. He’s been waiting months for revenge on Seth Rollins for turning his back on the Shield. He has put up with interference from Kane multiple times and shenanigans all over the place. It’s his time, right!? In a match that was very hot just two months ago, the luster certainly isn’t there as much now. Like the last PPV, the show to me looks good on paper but the importance in every match has been diminished over the last few weeks on Raw. This match has been hurt the most, but the work in the ring could make this memorable. What will make it most memorable, is Ambrose getting the victory.

Taylor Mitchell: The moment the Shield broke up and the WWE tipped their hand that we were getting an Ambrose/Rollins feud I circled the PPV calendar with the Hell in a Cell PPV and said it should end there with a blow off. I said it could be the absolute best Hell in a Cell match of the PG era. These two men gave us the all-time greatest lumberjack match ever, they turned poop to silver and are being given a once classic match stipulation and these two will turn silver to gold. The floor will be **** with a ceiling of *****.

Sean Flynn: Tiger in his cage.

Prediction: Ambrose in a crazy brawl that escapes the cage. Possible appearance by Roman Reigns to counter Authority interference.

Rob McCarron: Orton RKOs Heyman. Orton and Seth are at odds, and Rollins has the briefcase. Orton versus Brock is actually a new fresh match up, and Cena has already lost to Brock this year. There are other notes, but all this is to say that it just makes sense for Orton to win. However, picking against John Cena in pay-per-view main events is usually poor judgment. Tough call, here. Logic vs Gut. Bet against Cena, or hope for a brighter future? Yeah, I just said Orton was our brighter future. So what, you wanna fight about it? How about in a cell!?

Taylor Mitchell: I barely care about this match more than the two Divas matches. There are no redeeming qualities of this match. I could pull every ounce of optimism I have from my soul and still couldn’t think of a second to look forward to for this match. If Ambrose/Rollins doesn’t go on last than the WWE is out of touch with there fans. What’s new?

Prediction: #LOLCENAWINS Orton can’t win unless he has a giraffe to ride off on. And Vince ain’t springing for no giraffe. 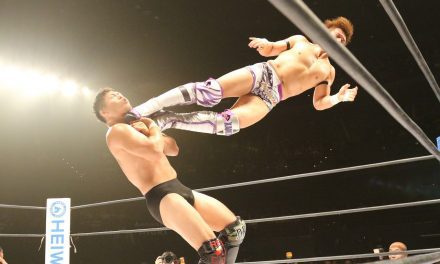