The show begins with clips of Jay Briscoe’s unexpected title win over Michael Elgin last month in Toronto before seguing into Kevin Kelly standing in the middle of the ring, Nigel McGuiness was holding down the fort at the commentary table. Kelly introduced Briscoe, who came out to a nice ovation from the crowd. Briscoe proclaimed that the unbreakable had been broken and challenged anyone to step up to challenge him. Kelly then questioned Briscoe about his missing custom title belt. Jay vowed to get his property back and that when he did The Kingdom would crumble “like eight week old chicken shit”. On cue, the music of Adam Cole hit. Cole stated that he would make Jay’s life a living hell while he had the belt and both men affirmed their loathing of one another. The older Briscoe then challenged Cole to get in the ring for a not so friendly chat, but before the two men could tango security hit the ring to keep them apart.

A backstage segment teased further dissension between the three members of The Decade.

Moose and R.D. Evans (w/Veda Scott and Ramon) vs. Red Scorpion & Grey Wolf (w/Prince Nana): This match is another attempt by Prince Nana to end the streak of R.D. Evans since Evans stole The Embassy from Nana. Nice continuity from Delirious in the booking department. Nana’s charges Red Scorpion and Grey Wolf looked straight out of a 1995 episode of RAW and stick out like a sore thumb in Ring of Honor.

Evans was supposed to start the match but “suffered” from a charley horse and had to tag out. While Moose was getting worked over to start the match Evans lay belly first on the turnbuckle and flailed his legs to get rid of the “muscle cramps”.  When Evans eventually tagged back in he took a beating and sole with some colorful facial expressions.

Moose got the hot tag and regained the upper hand with a series of head butts. Curiously, the ROH crowds still continue to get behind Moose despite his obvious limitations in the ring.

As is the custom in many tag matches things broke down on the floor due to a confrontation between Veda Scott and Prince Nana. After the brief melee Moose hit a beautiful spear which Evans followed with a jack knife pin for the win and extending his streak to 154-0.

Outside of Evans antics this is a match you can skip. Grey Wolf and Red Scorpion did little to impress and were as bland as burnt toast. Moose continues to be good in small doses but still has a long way to go before he can hold up his end of the work in the ring. **¼

Another taped backstage segment found Mark Briscoe bragging about how he was going to become a three time winner of the Honor Rumble and would beat his big brother for the belt. Jay waked into the picture and both brothers stared the other down.

The Honor Rumble: As much as I love ROH them deciding to do a battle royal was a buzz kill to me. I don’t hate the concept but I’ve seen so many they often feel repetitive. This battle royal was stock full of reasons why I dread this type of match.

ACH and Jay Lethal started the battle royal off to continue their feud. Is it just me or does the whole rivals who happen to draw the first two numbers trope kill the believability of the match. Probability dictates that is a long shot. Maybe I’m being grumpy but I really hate that part of battle royals.

The cute stories extended to the end of the match.  Adam Cole, Mike Bennett, Mark Briscoe and Cheeseburger were the finally four. Now the way this could go is that one member of The Kingdom will double cross the other or Cheeseburger would make a miracle run only to lose in heartbreaking fashion. What happened was Bennett hoodwinked Cole to become the last man standing. To Cole’s credit he looked like he just had to shoot Old Yeller after he lost.

This is another match you can skip. **

The last few months of ROH television have been some of the very best the company has ever done. That is why this episode was so disappointing but thankfully the booking gives me hope that the next few weeks will be good. I’m curious to how the battle royal finish will affect The Kingdom and how the Cole/Briscoe feud will unfold. For the first time since I started reviewing ROH I am going to recommend that you skip this show. Go back and watch one of the great episodes from this summer or a rerun of The Simpsons instead. 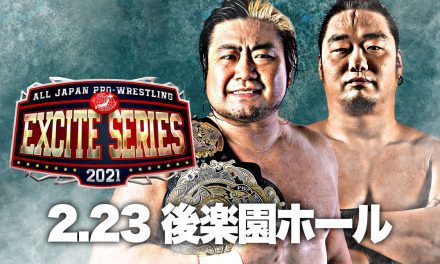