We kick off Smackdown with a recap of Dean Ambrose’s return to Monday Night Raw. The dynamic of babyface Ambrose and babyface John Cena feuding/teaming up against the Authority is way more interesting than anyone has given credit for after Raw. It is always interesting to see two top babyfaces of completely different characters, personas, agendas, etc. team up. Cena is the babyface that will appeal to his usual children/women demographic and Ambrose will take the rest of the pie. It is important to note the masterful, yet subtle, job the WWE has done in 2014 of make John Cena more appealing to the rest of the demographics. We don’t hear “Cena sucks!” chants very much anymore.

The Miz and Mizdow are in the ring to start the show and we get a recap of Ambrose giving The Miz the Weekend at Bernie’s treatment this past week on WWE Main Event. Ambrose makes his way to the ring for this match.

Dean Ambrose vs. The Miz w/ Damien Mizdow: The best thing about Dean Ambrose is that it seems in every single one of his matches he throws in something brand new that we haven’t seen him do before. It fits perfectly with his erratic lunatic fringe character and further proves that he is the perfect anti-Cena babyface that the WWE needs for their 1b babyface to Cena’s 1a. (Disclaimer: I think John Cena is absolutely a great talent. I don’t subscribe to the “Five Moves of Doom” or “He can’t wrestle” theories, I was merely pointing out that Ambrose’s matches are the yin to Cena’s matches’ yang.)

This match was pretty good. The Miz in 2014 is improving every week and Ambrose is a top 5 WWE talent. Ambrose hits The Miz with the McGuinness Lariat when Rollins and Corporate Kane make their way to the top of the stage. Ambrose is distracted for second; the Miz goes for the Skull Crushing Finale until Ambrose reverses it into Dirty Deeds for the win. **1/2

Rollins and Kane run down to the ring to attack Ambrose. Ambrose brawls with them and gets ahold of the Money in the Bank briefcase and runs off with it.

Gold and Stardust are in the back talking about how the stars have aligned and the Gemini Uso’s won’t get ahold of the comic key. Gold and Stardust continue to be my favorite WWE tag team and later on this episode they have their WWE Tag Team Championship rematch against the Uso’s.

#1 Contender Intercontinental Championship Battle Royal: The winner of this match will compete against Dolph Ziggler later on this episode! That is TWO championship matches on one episode of Smackdown! Kofi Kingston monkey flips Justin Gabriel out of the ring and Tom Phillips calls him the “Battle Royal Guru”. Cole then emphasizes this point saying that every time Kofi is in a Battle Royal or Royal Rumble he does something amazing. JBL then deadpans “but, he never wins…”

Titus O’Neil at one point comes to the aid of the Slater in his Gator tag team. Cesaro delivers some signature stiff forearms to Titus. Maybe the stars are aligning for Cesaro to win the Intercontinental Championship and enter into a Best of 7 Unification Series against Sheamus!

Zack Ryder, who surprisingly lasts a longtime in this Battle Royal, is thrown directly over the top rope. Maybe that could be Ryder’s new thing. He could be like the Rick Martel or Bob Backlund and last 50 minutes in the Royal Rumble next year.

Our final four is Kofi Kingston, Bo Dallas, Jack Swagger, and Cesaro. Kofi is almost eliminated, but skins the cat and pulls Dallas over the ropes with a head scissors. Dallas lands on the apron until Kofi gives his a swift kick off the apron. Swagger goes for the Swagger/Vader Bomb on Kofi, but Cesaro runs in and catches Kofi throwing him over the top rope and onto the Apron. Cesaro Gorilla Presses Kofi over the top rope onto Swagger thus eliminating two men at once. YES! Cesaro wins! Best of 7 series, here we come!

We then get a graphic on the screen showing a bar graph comparing the price of buying a WWE PPV on PPV vs. The WWE Network. Really? Are we that stupid? We need a graph to show us that $54.95 is greater than $9.99? Does anyone who bought Night of Champions on regular PPV really not understand the difference between $54.95 and $9.99?

WWE Tag Team Championship Match – Gold and Stardust © vs. The Uso’s (Jimmy and Jey Uso): Lilian Garcia gives this the big match pre-match introductions in the ring before the match begins. Stardust is getting more and more entrenched in his character every week. Cody Rhodes has his Frank Gorshin as the Riddler act down to a tee. Post-heel turn Cody has added some psychotic flavor to his character. Cody smashes Jey Uso’s face on the announce table and screams “WHERE’S THE KEY COLE?! WHERE’S THE KEY?!” thus making Cole wonder if the tag tiles are the cosmic key or not.

Gold and Stardust are heeling it up in this match more than they ever have before. Jey throws both opponents out of the ring and begins to crawl to Jimmy for the hot tag. Goldust runs back in the ring, Jey hits him with a Samoan drop, and tags in Jimmy. Jimmy hits Gold and Stardust with some superkicks, Rikishi butt bumps, etc.

Stardust regains the advantage inside the ring and goes for a moonsault, the Uso’s counter with a Doomsday Device and Superfly Splash. Then Goldust breaks the pin fall up by smashing the tag team championship on Jimmy Uso’s head. The Uso’s win via DQ ***1/2 (for comparison, I gave the Night of Champions tag match ****. This match did have some new wrinkles of heel tactics from the Dust brothers which was nice to see.)

Rollins and Kane are in the back. Rollins cuts what is easily his worst promo as a heel in the WWE (I’ve been strictly on the side of Rollins WWE promo work has been stellar previous to this). Rollins threatens that if Ambrose doesn’t return his MitB briefcase in the exact same condition that was in when he received it than he will do something worst to Ambrose than smashing his face into cinder blocks.

Summer Rae and Layla vs. Natalya and Rosa Mendes: We get another recap of the Total Diva’s premiere from this past Sunday night of Natalya and Summer scrapping it out in the mean streets.

Summer tag out before the match begins to play the coward heel to avoid having to wrestle Natalya. Natalya eventually gets Summer in the ring and Summer tries to shake hands with Natalya. Natalya screams “You’re such a lying piece of crap!” Summer then gains the advantage with some cheap heelish kicks. Summer and Layla isolate Natalya in their corner with some frequent tags building to a Rosa Mendes hot tag. Say what? That’s a lot of faith they’re putting in Rosa for this match. When Rosa eventually does make her way into the ring Michael Cole says “Latino Heat!” Ugh. What a disgrace to Eddie Guerrero. Eventually Layla wins with a roll up in an uncharacteristically long Divas match. Not terrible. At least it gave the two green divas a chance to get some much need in-ring time in.

Intercontinental Championship Match – Cesaro vs. Dolph Ziggler: This match is not the main event. We’ve got Big Show vs. Rusev later, and I understand that’s a big match, but why not elevate the IC title and make it main event Smackdown? In fact, let’s take this a step further and have the Intercontinental champion be the flagship superstar of Smackdown? Have it take the place of the old World Heavyweight Championship and have Smackdown be the IC champ’s show. I’m feeling a “My WWE Soapbox” topic coming on….

This match was a pretty exciting. Cesaro threw in some new submission maneuvers throughout the match. Cesaro even busts out the old school Abdominal Stretch and grabs the rope for leverage, but let’s go of the rope every time the ref comes around to check. Cesaro is so talented. Let’s turn him babyface at Survivor Series, have him win the Royal Rumble, give him back the Giant Swing, and have him go on to defeat Brock Lesnar at WrestleMania for the title.

Ziggler counters a power bomb from Cesaro into a Sunset Flip and rolls up Cesaro for a three count! But wait! Cesaro grabbed the bottom rope before the three count! This obviously sets up a rematch and I’m not complaining. Give these two sometime in a high profile PPV match and I’m all in.

Rusev w/ Lana vs. The Big Show: This match starts off with a world of fire as both titans clash in the middle of the ring. The Big Show busts out his new signature move the Sunset Flip! Rusev kicks out and Big Show shoulder tackles Rusev out of the ring. “USA!” chants ensue. The Big Show has the match pretty well in hand until Rusev fires back chopping the big man down. Big Show sets up for the WMB punch when Lana runs into the ring. Rusev hits Show with the Russian Flag to cost him the match via DQ. 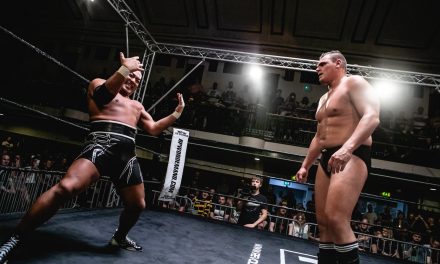 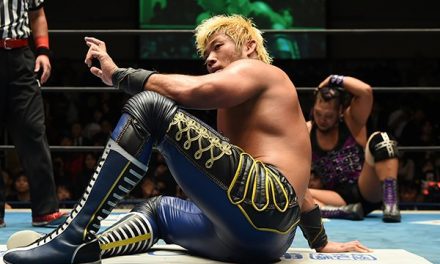 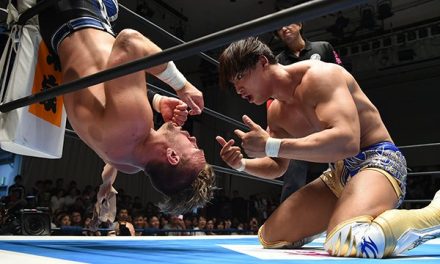