This morning, around 11:30 AM EDT, WWE announced that Roman Reigns had been rushed to a Nashville hospital due to an incarcerated hernia. Roman was in Nashville in preparation for Night of Champions, doing the media rounds before heading to Huntsville, Alabama, to wrestle Seth Rollins in a Live Event main event. Reigns underwent successful surgery according to WWE doctor Christopher Amann, and will be out anywhere from 4-6 or 8-12 weeks. The two time frames relate to how well Roman responds to the surgery in the next few days.

The best case scenario, he is back in time for the push to Survivor Series. Worst case scenario, realistically, he is out until the Royal Rumble period. Either way, he’s a top main event star out for a somewhat lengthy period of time at a point where WWE is also missing Daniel Bryan, CM Punk, and Batista. Those three, of course, were big drawing cards WWE had at the beginning of this year that they now do not have only nine months later.

Roman Reigns is not going to wrestle at Night of Champions, leaving Seth Rollins without an opponent. Rob McCarron and Jeff Hawkins discuss this further in this special edition of Shake Them Ropes, a breaking news audio show on the injury to Roman Reigns.

Leave your comments below, or tweet us your thoughts on this development @ShakeThemRopes. 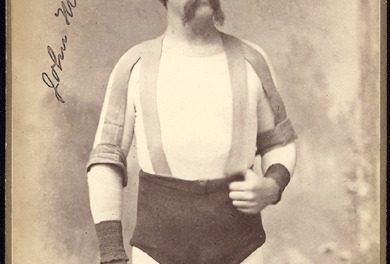