The show starts with a recap video of NXT Takeover Fatal 4 Way including the debut of KEN-Hideo Itami (that’s going to take some getting used to, so bear with me). This was a nice recap for people that haven’t seen the event. I thought it was the worst of the NXT specials but that’s relative, I still highly recommend checking out Fatal 4 Way. Anyway, onto Episode 241!

Oh my god Titus O’Neil comes out! Someone check Joe Lanza’s pulse… he’s wearing a suit, Renee Young is making odd noises, this is a big deal, folks. O’Neil says it’s a privledge for the NXT universe to be in the presence of Titus. Naturally, a “We Want Darren” chant follows. Titus is pissed the NXTers invaded Raw, so he’s going to “take some of ya’lls time” I know we all love Titus but he’s not a great promo.

Thankfully he’s interrupted by Sami Zayn. Sami cuts a good promo on Titus and hints towards Titus getting beaten up by bunnies. God, I hope Zayn isn’t Adam Rose’s bunny, that would make me oh so sad. Titus says he’s going to give Zayn a beating but the NXT Champion Adrian Neville saunters down to the ring.  Then, like the go-home show for a multi-man PPV main event, Tyson Kidd comes down to the ring and now we have everyone yapping about how they should face Titus. People want that superstar rub, who can blame them?

The guys all start discussing the main event of Takeover: Fatal 4 Way and Zayn says he doesn’t blame Neville for his actions at the end of the match, but that he has higher morals. See, this dude is babyface through and through. Speaking of babyfaces, or not being a babyface, Neville says high morals is why Zayn will never the NXT Champion.

Titus says he wants to make a statement and out comes NXT commissioner William Regal. “This is a fighting show, not a whining show”, Regal bringing the goods. Regal announces that Tius will team with Tyson Kidd against Sami Zayn and Adrian Neville in our main event. Insert Teddy Long joke here.

Non-title match – Charlotte vs. Emma: Charlotte’s new t-shirt is one of the worst WWE has ever put out and that’s saying a lot. Wait, Emma’s alive! Hoo-ray! Seriously, just keep her in NXT so she can actually wrestle, she’s far too talented to not be used. Charlotte poses with her title but Emma slaps it out of her hand. Alex Riley calls this “mind games”, he’s ready for the big leagues! Anyway, this was not a good idea for Emma because Charlotte starts on the offense with a figure-four headlock. Emma bridges out of it and gets a close two count. Emma with a nice kick to Charlotte but she’s met with a forearm to the back of her head. These two are not in sync tonight, both are talented but this is very sloppy. Emma Sandwich in the corner, Emma up top with a crossbody but Charlotte kicks out at 2.9. Neckbreaker from Charlotte, Natural Selection and it’s over. I’d like to see these two have a rematch soon because I know they are capable of better than this match. *½

Hideo Itami warming up backstage. I’m so so so excited, you guys.

Justin Gabriel vs. Hideo Itami: HUGE pop for Itami, you have a star WWE, don’t ruin it! But seriously, I have no doubt Itami is going to be a star. I’m a definitely believer in the cream rising to the top and KENT-Itami is a star, one way or another, he’ll force their hand. Given his hype, I don’t think much forcing will be needed. Side headlock from Gabriel, Itami tries to toss him off the ropes but Gabriel holds tight.Itami gets out of it and unloads with a beautiful kick on Gabriel. Double underhook suplex by Gabriel but he only gets two. Clubs to the back from Gabriel. I’m loving the commentary in this match which is putting over KENTA’s history strong. Itami with a series of vintage KENTA kicks. He taunts Gabriel with some subtle kicks to the head then bounces off the ropes with a beautiful big boot. Springboard dropkick, Shibata style turnbuckle dropkick and Itami is rolling. Top rope doublestomp and it’s over! HIDEO chants, this is beautiful. Solid debut, can’t wait to see him in some longer matches. **½

The celebration is short-lived as The Ascension run down and start beating on Itami. Fall of Man and Itami is down and out. The fans didn’t react much to this, I think they would’ve prefered a clean Itami post-match but it’s all good, solid debut.

CJ Parker vs. Baron Corbin: Oh, I don’t think this is going to go well. Corbin got a huge pop, so they are definitely doing something right here. Parker gets some blows in but he’s destroyed by a huge Corbin clothesline, End of Days and it’s over! Too quick to rate but the perfect type of squash match to build a guy up. As Corbin leaves the ring, girls are screaming like it’s BeatleMania all over again.

Pre-tape with Enzo and Big Cass in the gym and Carmella makes her official speaking debut. She starts arguing with Enzo and tosses a medicine ball at him, feisty little one. She’s pleading with the guys for a job, hinting at her eventual managerial role. I like the way these pre-tapes are shot, they are a bit annoying with the shaking of a camera phone but I like their more organic nature than the standard everyone face the camera but also look at each other main show pre-tapes.

Titus, Carmella AND KENTA in one episode — seriously, someone make sure Lanza is okay.

Tyson Kidd & Titus O’Neil vs. Sami Zayn & Adrian Neville: Side headlock to start us off because of course it does. Some quick tags from both teams, Zayn with a standing moonsault. NXT ….universe chants “Better than Neville”. Adrian quickly outdoes Zayn with a standing shooting star press, take THAT. Neville with a headlock to Kidd who powers out of it and eats a flying dropkick for his troubles. Neville hints at a suicide dive but Zayn hits a springboard moonsault before Neville can dive out. Nice “can you top this” sequence going on. Titus has had enough and tags himself in. O’Neil starts pounding away on Zayn and hits a couple of backbreakers before rag dolling Zayn. Rich Brennan informs us that “NXT Takeover was the second most socially active program on primetime!” Alex Riley chimes in with “22 different trends!” Titus continues manhandling Zayn, he’s playing a nice monster character here against the smaller and presumably weaker NXT guys. Good story here. Neville is trying to rally his teammate while Zayn gets caught in an abdominal stretch.

Titus and Kidd are cutting the ring off and taking turns destroying Zayn. Titus is just ragdolling Zayn all across the ring. As he always does, Zayn is eliciting a ton of sympathy from this beatdown. Neville continues his plead to no avail. Zayn finally hits a back elbow on Titus and makes the hot tag to Neville who charges at Kidd with a flurry of offense, capped off by a standing Shooting Star but Titus breaks it up. Titus shoves Neville off the top rope and Kidd rolls Adrian up for the victory. This wasn’t bad but it wasn’t great either. The Titus/Kidd heat segment went on for awhile and while Neville got a hot tag, it wasn’t a very focused comeback. **

Look, Hideo Itam debuts on this show, so you need to watch it. But as usual, it’s an easy hour-long watch and even without a standout good match everything here was solid. Definitely recommend you get on board with NXT if you aren’t already. 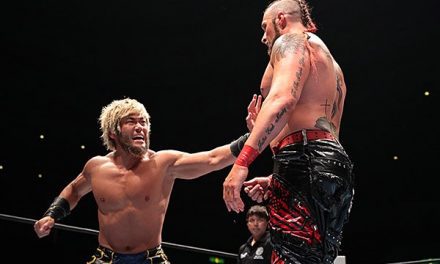 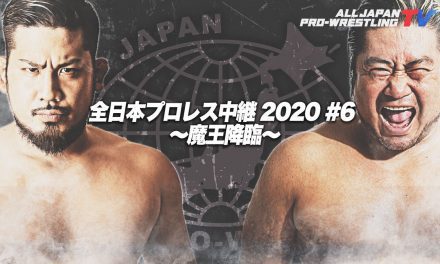