Jobber Match of the Week
Waylon Mercy vs. Jeff Hardy

The infamous Waylon Mercy! For those of you who have never witnessed the short lived gimmick portrayed by one, Dan Spivey, Waylon Mercy is the 1995 version of Bray Wyatt. Creepy, sinister, white pants, Hawaiian shirt. It’s all there. Even the promos had a similar tinge and their entrance music is eerily similar. Unfortunately injuries piled onto Dan Spivey and he had to retire before this gimmick could ever get off the ground. With that said, it seemed as if the gimmick was too complex and ahead if it’s time that Vince McMahon didn’t know what to do with it. Jeff Hardy is the “jobber” of the week. Say, what? Yes, this is an 18 year old Willow back when he was a week to week jobber for the WWE.

We bring you the debut of the Blacktop Bully gimmick of Barry Darsow’s to SMBB today! After Darsow left the WWE in 1993 he wrestled on the indies up until he made his debut in WCW as the semi-truck driving, fouled mouth, and beer swilling’ bully. This match is unique because it airs just a few weeks after Dustin Rhodes and Barry Darsow were fired from WCW for blading during their match at Uncensored 1995. WCW was really pretty good at ad-libbing their commentary with knowledge of PPV storylines despite airing a ton of “WCW World Wide” episodes way in advance. So, it is hard to tell if these two actually wrestled for WCW after the Uncensored blade job, because the tale has always been told that they were both fired immediately following the PPV for violated WCW’s “no blood” rules.

Dustin Rhodes’ early – mid 90’s run through WCW as “The Natural” is highly underrated. Dustin was clearly pegged to be the top guy until Eric Bischoff came in and did everything he could to make WCW look less southern. Once Hulk Hogan was brought in it was the end to any shot Dustin Rhodes had at winning the big one. Of course Rhodes would go on to debut in the WWE as the bizarre Goldust. Rhodes is one of my favorites to go back and discover, between some underrated WCW matches and the great work he did early on with the Goldust gimmick, this dude has been looked over as one of the best to ever lace his boots.

Alex Wright is told to be 18 years old by the announcers here (which would make him the second 18 year old to wrestle on today’s episode), but he was actually 20 years old and looked really fantastic in this match. If only he didn’t become the dancing fool he became what would have happened to him?

This match was recommended by the viewer @BigBoysPlayWCW on Twitter using the hashtag #VOWSMBB, which you can use at any time or day and recommend a match to show up on SMBB!

@BigBoysPlayWCW recommended this match after I tweeted out (@LuchaNerd) about the potential Brian Pillman had as a pro wrestler. After watching “Monday Night War” on the WWE Network it is clear that had Pillman stayed healthy and lived through the Attitude Era he would have been a mega-star. With his athleticism, charisma, and off-the-all persona that was so ahead of its time, Pillman would have been the #2 to Austin’s #1. Say what? Ahead of the Rock? This is my “What if?” game and I personally can’t stand The Rock, so I say yes. Rock would have gone on to be Rocky Maivia until he was subsequently fired and Brian Pillman would have lead the Corporation in the ultimate swerve as the Hollywood Blondes collide on Monday Night Raw and PPV throughout the late 1990’s.

In this match you can see the fire and charisma Pillman had as a babyface as he sells his shoulder injury and makes the big time comeback vs. Windham only to have it cut short with a Schoolboy and handful of tights. SMBB favorite El Gigante aka Giant Gonzalez makes an appearance at the end of the match to the aid of Pillman.

Cruiserweight Match of the Week
Jushin Liger vs Silver King

As it turns out it is hard to find some Jushin Liger TV matches for his run through WCW in the 90’s. Liger wrestled his fair share of PPV matches for the company, but this is SMBB and we keep it to TV matches here. Liger vs. Pillman could have been in this slot, but we already saw Pillman wrestle earlier, so we get this match. I would be remiss if I had not included one of the greatest junior heavyweights/cruiserweights to ever step foot in a pro-wrestling right, Jushin Liger in this segment of the show, so it was necessary to shoehorn this match vs Silver King aka Black Tiger III aka the beginning of the downward spiral of the Black Tiger gimmick in Japan/Mexico. This is a decent five minute match with the aged Jushin Liger taking on the clunky and plodding Silver King.

This Hart Family/Stampede Wrestling match takes place on Monday Night Raw 3 years and 2 days before the infamous Montreal Screw job at Survivor Series 1997 that all four men were a part of the aftermath as a stable “The Hart Foundation”. This match also takes places 16 days before Survivor Series 1994 where Bret Hart would lose the WWE Championship to Bob Backlund. Since this is the “What if?” episode of SMBB, let’s play again. What if Bob Backlund merely returned to the WWE to mentor Owen Hart and teach him (my all-time favorite submission maneuver) The Cross-faced Chicken wing and was in the corner of Owen Hart as Owen took on Bret in their Final Battle to settle the score and determine who the better Hart brother was? The same scenario could play out in a role reversal of Backlund and Owen. Owen could slap the Cross-faced Chicken wing on Bret and Bob could plead with a crying and panic stricken Helen Hart to throw in the towel thus ending the match/WWE title reign for her son Bret Hart. Owen truly deserved a WWE title reign and Bob Backlund didn’t need it in 1994.

This match is decent, mostly disappointing if you are as big a fan of the Hart Family as I am. Bret, Owen, and Bulldog were always known for putting on great matches. And then you have Jim Neidhart. Who? Jim Neidhart. Who? The father of WWE Diva Natalya. Who? The husband of Hart sister Ellie. Who? HA! See what I did there? Man, maybe Who? should make his SMBB debut.

Nevertheless, Vince always had a way of putting Bret Hart over on commentary better than most anyone. Vince always bragged about Bret for being a “fighting champion”. Why can’t Vince have today’s commentary team put over Daniel Bryan in the same way? Vince always seemed trying to convince himself more than the audience that Bret was a suitable replacement for Hulk Hogan when Vince referred to Bret as a fighting champion. Why can’t Vince try to convince himself what we all already know and that is that Daniel Bryan is the best wrestler of the last decade?

That’s it for this week’s edition of Saturday Morning Breakfast Brawls! Remember to tweet using the hashtag #VOWSMBB with one of your favorite wrestling matches to appear on TV and it will be included in a future episode of SMBB! You can also find me on Twitter @LuchaNerd and follow me as I live tweet New York Giants games, Monday Night Raw, and my journey through all of the WCW PPV’s on the Network! 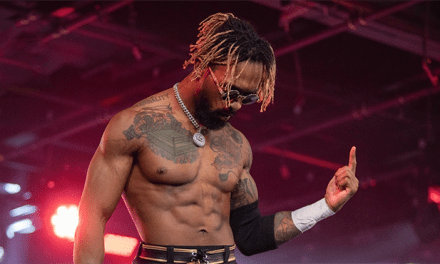 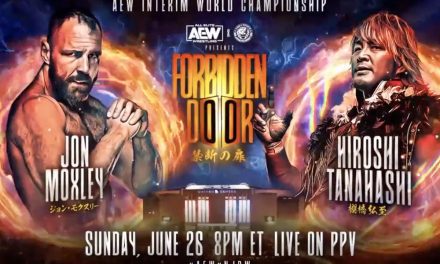 AEWxNJPW Forbidden Door: A Novelty Show, Not a Supershow 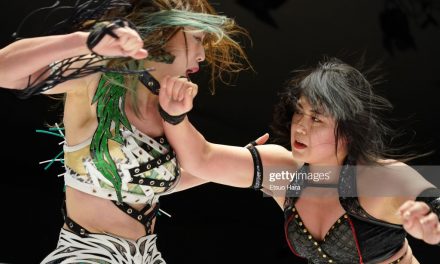