If you read the AV Club, you might be familiar with the Podmass Column, where they go over a bunch of podcasts (often comedic ones) and tell you what’s worth listening to.  I always thought that was a great idea, given the plethora of listening material out there – a handy guide to what’s good is vital.

You may have noted the number of wrestling podcasts has exploded in the past few years.  And it’s not just more fans doing more shows, but actual wrestlers and people involved in the industry are getting in on the act.  I listen to a lot of shows.  Like, a lot, more than anyone should.  Since I was following all these shows, I just started doing my own Podmass column.  There are so many shows, I thought it important to let people know the shows that were surprisingly good, or shows that sounded great but ended up not being much.  I posted it to a few boards, got some good feedback, heard from Joe and Rich, and well, here we are.

Essentially, I cover the free shows done by people in the business (essentially the Podcast One shows, the MLW family of shows, and Art of Wrestling).  Once in a while I’ll throw in an outlier, something that caught my ear and is worth a listen.

People wonder how I listen to so much.  Well, I use the Downcast app and listen in 1.5 speed.  Everything is still listenable, and it greatly cuts down on listening time.  An hour long show is only 40 minutes.  A 90 minute show is only an hour.  And a three hour show is only two hours (just kidding about that last one – who on earth would regularly record, never mind listen to, three hour shows?). (Editor’s Note: Seriously, who would ever do that?!)

The podcast week in review, brought to you by Squarespace.com.

Titans of Wrestling (8/26/14): The Titans crew sits down with Ivan Koloff for a nearly two hour interview about his career.  This was done to promote a Kickstarter to fund a documentary about Ivan’s career.  The Kickstarter is over (and was funded), but this is still a great listen, and vital if you’re a WON HOF voter.  Ivan talks candidly about a lot of topics, and you won’t often hear long interviews with historical candidates.

Talk n’ Shop (9/6/14): Rocky, Doc, and Karl answer listener questions.  This one of the grosser podcasts you’ll hear with Doc’s tale of his mom and a feces covered towel, and four very loud beer belches.  Still, a lot of fun stories, including a great one about how a veteran got out of paying for gas. THUMBS UP

MLW Radio (9/7/14):  No Konnan, but Damien Abraham of the band Fucked Up joins Court & MSL to talk recent events.  Abraham acquits himself well again, with stories about attending a NJPW show at Kouraken Hall, autograph signings gone wrong, and why Roman Reins might end up being the Ultra Magnus of the WWE.  THUMBS UP

Piper’s Pit (9/8/14): Kamala joins Piper to discuss his career.  He actually doesn’t get into the Kamala character until halfway through the interview, but the early stories about breaking in are great.  Kamala was recently on Austin’s podcast but this one covers some different ground and is totally worth a listen.  THUMBS UP

Who’s Next With Goldberg (9/9/14): “Diamond” Dallas Page joins Bill to briefly talk about their time in WCW (include a funny bit about High Voltage playing tackling dummies for Bill at the Power Plant).  Alas, Bill can’t have too much of that wrestling talk, since soon actor Chuck Zito joins the show and the three rant about the state of the world.  Don’t worry, lots of DDP Yoga talk too! THUMBS DOWN

Steve Austin Show (9/9/14): Steve talks to former wrestler, bodybuilder, stuntman, and musician Ric Drasin.  Some good tales about playing the Hollywood Bowl, breaking into wrestling, and designing the Gold’s Gym logo, but it’s not up to the level of Steve’s best interviews.  THUMBS IN THE MIDDLE

Talk is Jericho (9/10/14):  Jericho talks to Bigfoot hunter Eric Altman, who is well spoken and knowledgeable (as much as you can be about Bigfoot, I guess), but the interview comes across like warmed over After Dark Radio.  Jericho’s monologue is well worth listening to, as he recounts his cage match on RAW and the first promo he ever cut in WCW.  THUMBS IN THE MIDDLE

The Ross Report (9/10/14): Vince Russo is the guest.  There are actual moments of really good conversation as both men discuss their own philosophies of wrestling, but the rest is Russo B.S. (the rehashed Owen Hart story), subjects Vince can’t discuss (TNA), or statements without follow-up (how did Vince grow up a fan of WWWF, yet write in the style he does?). THUMBS IN THE MIDDLE

Bauer & Pollock (9/10/14): Court is in California and besieged by seals.  There’s some good discussion on Kurt Angle’s future and Sean O’Haire, but talk about NXT, Bellator, and CM Punk talk isn’t as interesting.  THUMBS IN THE MIDDLE

Art of Wrestling (9/11/14): Female indy wrestler Cherry Bomb talks to Colt about her upbringing, breaking in, going to Japan to wrestle, and her marriage to fellow indy wrestler Pepper Parks.  Cherry comes across as likeable enough, but it’s not a vital interview if you’re not a fan.  THUMBS IN THE MIDDLE

Steve Austin – Unleashed (9/11/14): Steve’s cold streak continues, as he just tells stories and answers questions.  There’s very little wrestling talk, but you get an extended story of Steve trying to get back to his hotel room to defecate. THUMBS DOWN

Jim Cornette Experience (9/11/14): Alice is back, and she details her illness that kept her off recent shows.  Jim rants about Noah’s Ark and politics to start, and then when he finally gets to the wrestling, just rants about Vince Russo again.  There’s a funny takedown of Lucha Underground, but not enough to save the show. THUMBS DOWN

Talk is Jericho (9/12/14): Jericho talks to Brie Bella, Eva Marie, and Ariane about the Total Divas show.  It’s actually a pretty interesting show about the process of a reality show, although they do go a bit overboard about being role models.  Jericho’s monologue about his experiences in the WWE on 9/11 is worth a listening to as well. THUMBS UP 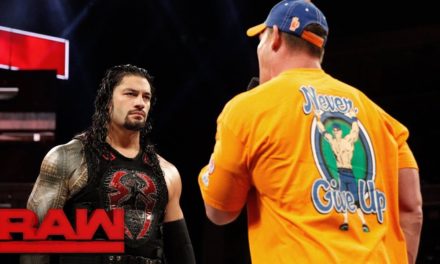 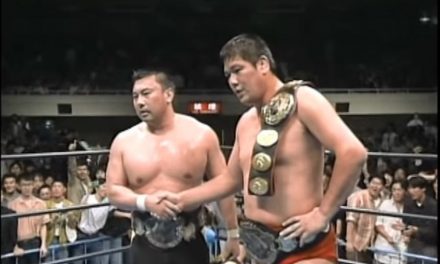