Professional wrestling hardly, if ever, presents a teachable moment in the ring regarding present day controversies or issues. To be fair, I will wager that most wrestling fans don’t tune in to their favorite promotion for intellectual stimulation. Wrestling is one of the great mindless forms of entertainment and hopefully the product in the squared circle stays that way. So, if wrestling is a mindless form of entertainment can we learn anything edifying at all from it? Yes, we can but one needs to look to events outside of the ring.

This weekend in Toronto, Ring of Honor shocked the wrestling world by booking Jay Briscoe to beat Michael Elgin for the title. Social media exploded with questions of why the title changed happened and later with speculation regarding rumors of Elgin falling out of favor with high rankings officials within the promotion. Lost in the shuffle is the fact that a very controversial man now sits atop ROH.

Jay Briscoe’s first run as champion was short and solid when one views the fictional aspect of his time as the top man in the company. Of course, being the face of a wrestling company does not just entail quality ring work. The promotion’s top wrestler is expected to represent the company well and not do anything to damage its public perception. With that in mind one Tweet made the non-fiction side of Briscoe’s reign a PR nightmare.

Briscoe chose to use social media as a way to express his displeasure at his children being taught to accept homosexuality at school. Even going as far as to threaten to kill anyone who tried to do so. Public reaction to his comments were overwhelmingly negative. To their credit, ROH handled the situation in a way that showed they understood the severity and also that they would not throw their champion under the bus. Jay was allowed to keep the title but he was required to publically apologize and donate his pay from a show to an anti-hate organization. Since then Jay has kept a pretty low profile on social media and has also kept his thoughts to himself.

From a quick survey of Twitter the reaction to Jay becoming champion again seemed to very positive. Not much was said about the incident from last summer. One tweet did catch my eye. One user did write how Briscoe’s second reign showed how ROH learned nothing from the incident and how they took the situation lightly. Frankly, these comments disturb me and illustrate the dark side of a much more accepting American society:

Jay Briscoe won back the ROH title. It's impossible to take this as anything other than waiting until the backlash dies down to hit reset.

The aggravating thing about that is that it means that ROH didn't see anything wrong with what happened. They simply bowed to protests.

ROH is hardly the only wrestling promotion that is guilty of not learning from scandals, but this one sticks in my craw particularly.

From what you can see in the embedded tweets above the Twitter user believes that ROH did not take the issue seriously and merely gave in to public pressure. This not the first time a famous person and the organization that employs them have been accused of such things. Look at the Pat Robertson or Donald Sterling example from earlier this year as examples. Following controversial remarks both men were grilled in public and harsh punishments were demanded to be doled out by the NBA and A&E. These included Sterling to be required to sell the Los Angeles Clippers and that Robertson be fired from his show.

Let’s step back for a moment and look at the situation. Is what Briscoe, Sterling or Robertson said or did right? No. Is demanding their livelihood be taken away right? In my opinion, no.

The hypocrisy of those that demanded such things astounds me. We are to accept others for their differences if those differences are popular but anyone who says something against the grain has to be punished. The punishment must be so severe that it ensures that the offender will learn their lesson.

The fact remains that using this method ensure the exact opposite. When someone is publicly shamed and then denied their part of their livelihood that person’s place in society is stolen from them. Also, the offender will more than likely become bitter because of the consequences. That bitterness will likely cause their views to become so ironclad that they will never change. The bitterness from the whole situation will just widen the gaps between the ideological camps and prevent any meaningful learning from taking place.

My solution to the whole thing is not a novel idea. It is the notion that every one of us deserves a second chance no matter how detestable our crime. Now, I will say that giving someone a second chance will not ensure that the person has learned their lesson. That is up to them and only them. We as wrestling fans and as members of society need to give any offender the room to change and to return to society as whole. I am not sure how the title reign of Jay Briscoe will end. I am not sure how he will handle himself in the public eye this go around. What I am sure of is that his return to the mountain top is a step in the right direction for how we as society should treat all people as a whole. 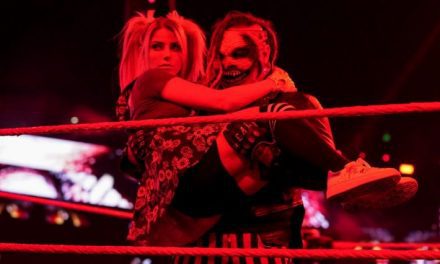 “Fake News!”: The Embarrassing (And Disturbing) Reactions To The WON Awards ($) 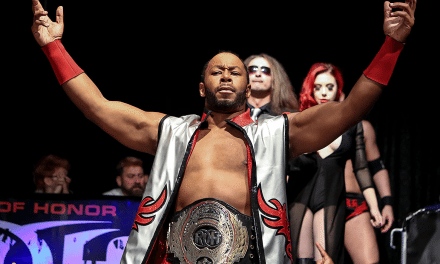