As you may have figured by the absence of a review last week, do to the two match format of Superstars we’re going to stick with the DOUBLE BONUS theme and do these reviews every other week.

This was weird, as the show started off with a cold open video package of Summer Slam. We’ve also have a new show opening, as the old slot machine style changing of faces that the show had used since its inception on WGN is no more. The new montage features Dean Ambrose, Cesaro, Stardust, Hollywood Miz, & Roman Reigns, among others.

1. SLATER GATOR vs El Torito & Hornswoggle dressed as a cow – Heath Slater is now 0-23 vs El Torito. I’m not making that up. I have no words for this match. Clearly SLATER GATOR has lost some confidence after soundly defeating the Rhodes Geeks a few weeks ago, only to see the Rhodes Geeks steal their title program against The Usos. We will ignore this minor setback. Mark my words, SLATER GATOR will bounce back, and they will be champions. Let’s just move on. -*****

Next up is the Steph/Brie/Nikki segment from RAW. Steph is getting all kinds of praise for her performances in this storyline, and sure, she’s been good, but I just don’t give a single fuck about this story or what happens with the Bella’s. That’s not Steph’s fault, because there is nothing that can make me interested in this. WWE is a variety show, with a little something for everybody, and the soap opera element of this storyline has absolutely zero appeal to me. I can see why people think Steph is doing such a great job, but for me she has instant Bray Wyatt type “fast forward me” go away heat. Maybe that supports the idea that she’s doing a great job. I don’t know.

Moving on, we get an edited version of the fantastic Paul Heyman promo from the same RAW. Where does Paul Heyman stand in terms of the all time great promos? He’s easily the best active promo in wrestling. How many performers historically have as many memorable & entertaining promos as Heyman? Foley? Funk? CM Punk? Flair? Hogan? Cena? In terms of money drawing promos, I would argue Heyman’s ECW promos over the years might be among the most effective ever. ECW related projects still draw big money to this day (see: Paul Heyman blue ray/DVD), nearly 20 years after the creative peak of a long dead company, and much of that is due to the aura Heyman himself cultivated over the years with his passionate ECW vs the world routine. Try to picture Lesnar’s act without Heyman. Look no further than this promo from RAW, that not a single person other than Heyman could have pulled off at this level. Heyman just might be the greatest promo of all time.

2. Emma vs Alicia Fox – This was a rematch from one week earlier, which was a bout that could have qualified for the Hoss division based on the legit beating Fox dished out. I thought Fox had dropped the psycho act, but it was back in full force here. Emma just isn’t working on the main roster, and probably never will without a major repackaging. Although it’s really no fault of her own, fans just don’t “get” her and never react to a thing she does. Anyway, this was just not good. Lots of comedy nobody laughed at and super awkward spots that were executed well but just fell flat (such as Emma coaxing Fox into doing her Emma dance, but Fox taking advantage and kicking her in the chest). Fox at one point did the world’s longest chin lock, and the crowd was so quiet I could hear people breathing. Emma won for the second week in a row, with a high cross body off the top. The match between these two from the previous week was much better. *

We go to the back, where Titus O’Neil is all over Heath Slater for losing to a cow. Heath still thinks SLATER GATOR has what it takes. I agree, Heath.

The show closed with the Seth Rollins vs Dean Ambrose match from RAW.

This was the worst Superstars episode I can recall. There is absolutely zero reason to watch this.

1. Adam Rose vs Curtis Axel – Curtis Axel has dropped all of his Rybaxel gear, with Ryback currently on the shelf. The announcers spend a ton of time pushing Axel’s singles credentials, with no mention of Ryback. Certainly leads you to believe the team is dead, regardless of what eventually happens with Ryback. Speaking of the announcers, I’ve tried not to pile on, but as many others have expressed Renee Young is not god at her job, even by the low WWE announcer standards. With that said, i’m willing to bet the people that matter think she’s fantastic. This is a perfectly average match, which means it was a thousand times better than anything on #280. Rose hasn’t exactly been Misawa, but his stuff has been noticeably better lately. Axel blocked a Party Foul, but quickly got caught with another for the finish. Decent. **

Our main event tonight is R-Truth vs Fandango. This got me to thinking. What the WWE lacks right now are the undercard workhorse types who used to really make these C-shows fun to watch. This is where something like a cruiserweight division would really do wonders for the hardcore fan who pays for The Network and watches all of the programming. Instead of worthless, boringly average fare like R-Truth vs Fandango or Rose vs Axel, it would be nice to settle in for an hour of hot 8 to 10 minute matches, which shows such as Velocity and Superstars provided in the past. The undercard workhorse types are all plying their trade on NXT at the moment, so maybe as people get called up or guys like Tyson Kidd & Justin Gabriel return to main roster TV, this will change.

The Hall of Fame panel from RAW is next. Fast forward, and now we’re watching the Bella soap opera. Ugh. I’ve never been more hyped for an R-Truth match in my life. Let’s go.

2. R-Truth vs Fandango – Fandango has a new haircut, and he also has no dancer. The director manages to find the only two fans left who still do the Fandango finger point deal. I don’t know what it is about this show lately, but it’s become the land of the resthold. NXT went through this phase two tapings ago, but do we really have to do the WWE slow it down routine on the C-show that features two matches? Would it kill them to just let guys go out there and have a decently paced 6-minute bout? Fandango won this average fest when he rolled through a cradle and (I think) grabbed the tights. The camera angle was bad, and the announcers made no mention of it, but it sort of looked like that’s what happened. Who knows? Who cares? Not me, roughly four seconds after I turned this off. Nothing match. *3/4

The show closes with Cena dismantling the Wyatts on RAW.

Another pretty shitty edition of Superstars. Skip this one, too. 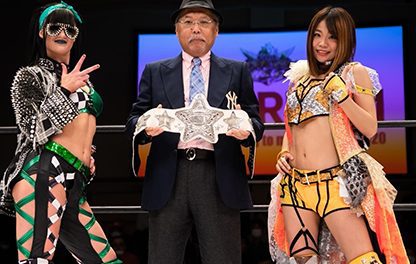