The Ascension vs. Random Jobbers: Random Jobber #1 has the words “Power” on his tights and he eats Powerslam within seconds of the match starting, so much for that. I legitimately can’t find any information on who these two dudes are so we’ll continue calling them Random Jobbers. “Let’s Go Jobbers” chants, these cats are really getting over. Fall of Man and it’s over. This was definitely a squash match, I’d be shocked if this lasted a full minute. NR

Post-match, Ascension cuts a promo saying whoever wins the tag team tourney will be just another victim then they over-enunciate some words because they are monsters.

JoJo (oh hey, she’s alive) is our ring announcer for the night, she introduces the new NXT GM and it’s….. William Regal! Hey, I’m fine with it, just not sure a Regal was worth all the hype. Plus, I can do without figureheads In 2014 but what can you do? Regal’s first act as NXT GM is to announce at NXT Takeover 2 the main event will be an NXT Championship match between Adrian Neville…and….well, first Neville comes out. I knew Neville was short but he’s comically short next to William Regal. I’m not one of those guys to rag on guys for being too fat or too short, if you can get over you can get over, it doesn’t matter. With that said, Neville comes up to Regal’s shoulders. I found that interesting. Anyway, Regal is about to announce Neville’s opponent when Tyson Kidd’s music hits. Kidd says he accepts the title shot, but then he’s interrupted by Tyler Breeze. Tyler says about two words then HE is interrupted by Sami Zayn. Neville then cuts off Regal and says at NXT Takeover 2, he’s going to defend the title against all three. “Fatal Four Way” chants and we’ve got our NXT Takeover 2 main event!

Backstage interview with William Regal. If you love Regal, this is your episode of NXT. He announces a Kidd/Breeze vs Zayn/Neville tag main event for tonight — cool!

Sasha Banks vs. Bayley: Rematch already huh? Is this the NXT’s version of Kofi and Dolph? Hey, whatever, I’m not complaining! These two have had some great matches as of late, some of the best stuff on NXT, so let’s see if they can follow it up.  Aggressive offense from both Sash goes for a quick pin but only gets two. Sasha with some knees to the ribs and a stomp to the ribs. Viscious offense from Banks. 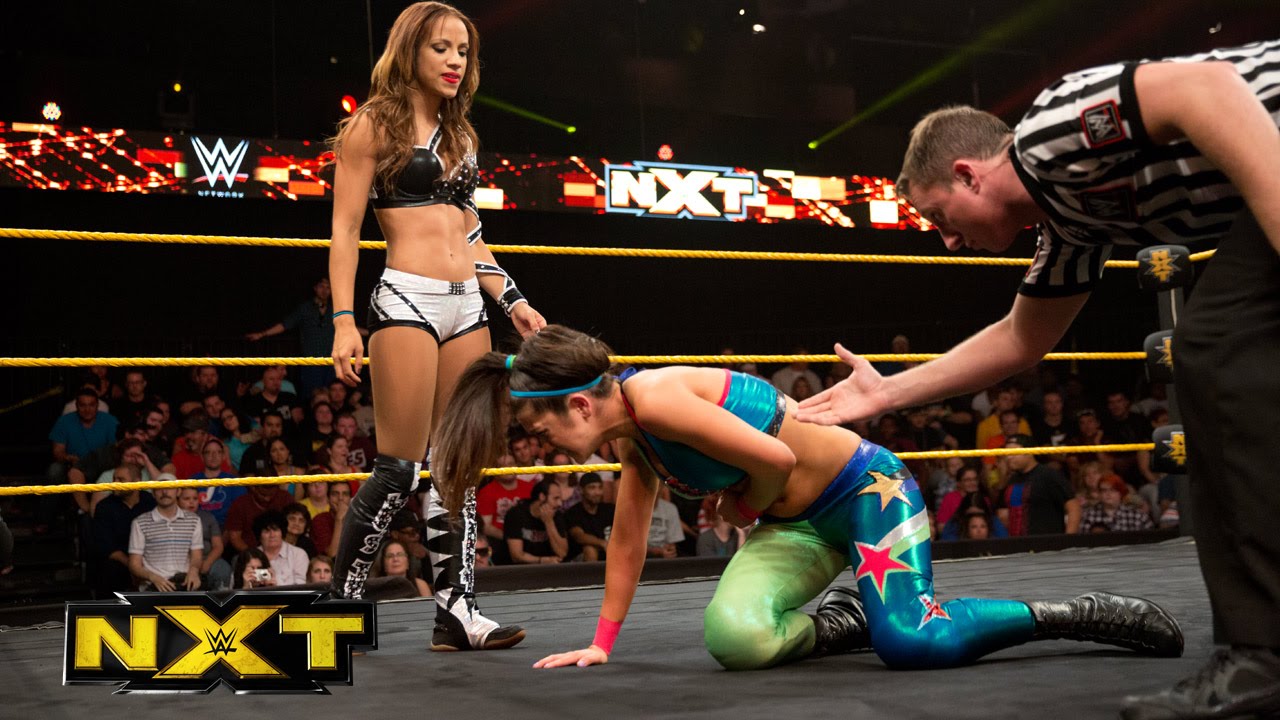 Bayley slaps Banks with makes her snap as she climbs on Bayleys back and starts pounding away on the back of her neck. Sasha stands on Bayleys head then gets another two. Bayleys with a Belly-to-Bayley and it’s over! Wow, not what I was expecting. Banks worked her ass off again, hope she gets the call up. Bayley sold fairly well too. This was good but definitely the worst in their series. *3/4

Post-match, Charlotte comes out and tells Bayley just to give up now: “stick to hugs before I destroy you.” Bayley offers her hand but Charlotte leaves the ring and again warns Bayley. Nice simple booking here, good hype for their match at Takeover 2.

Bull Dempsey vs. Angelo Dawkins: I’ve never wanted to see Bull destroy someone as I do right now, if you’ve never seen him Dawkins is an irritating dancing dude. This is weird because he’s legit a great athlete but he’s dancing because WWE. Bull sits on Angelo and gets a two count. The announcers spent the entire march putting over Dawkins which is good but he didn’t get but two moves of offense, you can’t win them all. Normal Bull offense here, back clubs, eye rakes, elbows to the back. Bull seems to have this one in hand until a HOLY SHIT Bionic elbow from Dawkins, rally time… nope..he meets the Bulldozer and it’s over. *3/4

Devin Taylor backstage looking ravishing as always. Think she likes wrestling? I think we’d get along.

Tyson Kidd & Tyler Breeze vs. Sami Zayn & Adrian Neville: Some trusted sources around Voices of Wrestling have been telling us Zayn may be up after Night of Champions which will be great for his career. He’s been looking less motivated as of late, despite getting crazy crowd reactions. You can tell he’s ready for the big time and deserves it. Selfishly, I want him to stay on NXT with Kevin Steen, KENTA and Fergal Devitt but he’s certainly ready to graduate.

Breeze and Neville start us off with some wristlocks. Neville reverses it and tags in Zayn. Zayn grabs a headlock, tags Neville, Neville tags Zayn back in. Armbar from Zayn then a clothesline to Breeze which knocks him out of the ring. Tag to Neville, Zayn bends over and lets Neville use his back for a Corkscrew. That was cool. I think I’d be okay with this team on the main roster — just saying. Neville eats a huge super kick from Breeze on the apron, Kidd goes for the pin but only gets a two. 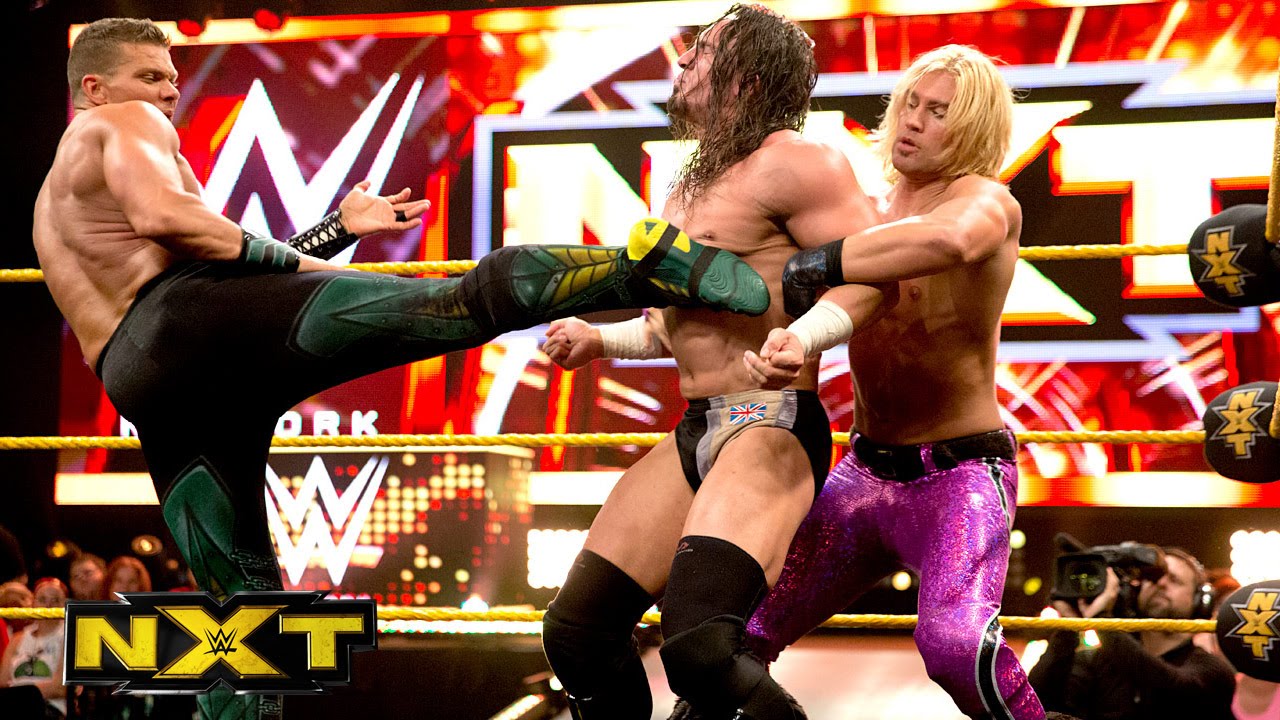 Back from commercial, Kidd has Neville locked in the NXT Special (chinlock). Breeze gets tagged in, cuts off Neville and hits a Neville in the gut and goes for a few pinfalls. Rear chinlock from Breeze, he pushes Neville into the corner and Adrian eats some kicks to the gut from Kidd. Tyson continues to impress me in NXT, I love the evolution of his offense and the character. Where Zayn looks like he wants to move up, Kidd looks like he’d rather stay in NXT forever. I’m sure that’s not true but he really seems to be enjoying it.

Zayn finally gets the hot tag, top rope cross body to both guys, Michinoku Driver but Kidd kicks out at two. Spinning Fisherman’s Neckbreaker from Kidd but Zayn kicks out at two. Breeze charges at Zayn but Sami hits a huge Exploder Suplex. Zayn tags in Neville who hits a Springboard Dropkick to Breeze, standing Shooting Star but he only gets two. This is pretty awesome, folks. Neville tosses Kidd to the outside, Neville rolls up Breeze but only gets a two. Neville to the top, but Breeze crotches him. Zayn goes for the Yakuza Kick but Breeze dives out of the way and knocks Neville out. Kidd slaps Breeze’s back to tag in, they fight, Kidd pushes Breeze into Zayn who hits a Blue Thunder Bomb. Kidd picks up Zayn, tosses him out of the ring then pins Neville for the 1-2-3. This was great, although it was move after move so things didn’t have a ton of time to stew. Regardless, this was a great way to build to the main event for NXT Takeover 2. ***

Kidd is celebrating but he hits another Yakuza Kick. Zayn standing tall among the three other fallen competitors. Zayn grabs the NXT Title and poses in the middle of the ring. This was a much more serious Sami Zayn, which is exactly how you should book him. He doesn’t need to dance or smile all the time, dude knows he’s great and wants the title to prove it. I’m pumped for Takeover 2.

Do yourself a favor and skip to the main event. Nothing else is honestly worth your time and even Sasha Banks and Bayley disappointed, outside of the solid post-match promo from Charlotte. The main event, while a spot-fest, told a great story going into NXT Takeover 2 and I especially loved the booking of both Tyson Kidd and Sami Zayn. 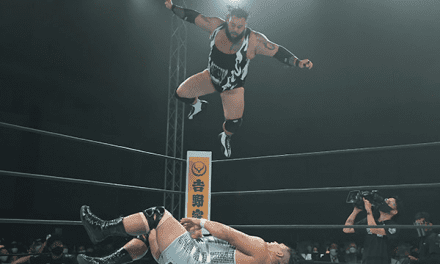 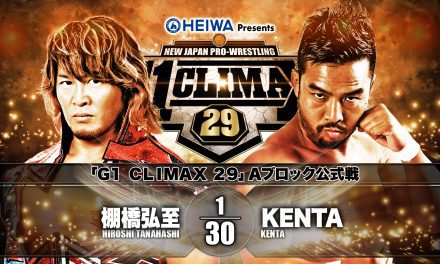 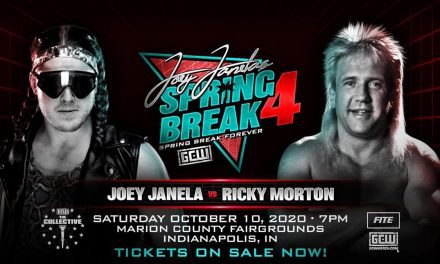