I can only assume that when Blake Murphy used the #VOWSMBB on Twitter to recommend this match that he did it in jest. I have provided you guys with some context videos to put into perspective why Mr. Murphy would suggest such a match. (Or at least I hope he was suggesting this match in jest. If not, I revoke all future recommendations coming from Blake Murphy).

The first video here is of Stone Cold infamously asking Cameron what her all-time favorite wrestling match is in order to judge how dedicated to the pro wrestling industry. This video is must see, Stone Cold’s reaction alone still cracks me up no matter how many times I’ve watched it.

The actual match that I posted here between Alicia Fox and Melina is just one of the many matches I could find between the two. I have no idea what match Cameron was talking about when he told Stone Cold that this was her all-time favorite wrestling match, but this is one I found. The promo Alicia cuts before the match I laughable for a number of reasons. First this match leads to the unification of the Women’s and the Diva’s Championship titles and Alicia Fox declares that she will become the “Undefined Champion”, which either means she flubbed up her line or the WWE had yet to “define” what they were going to call the new championship once it was unified.  And then Alicia claims to have more Twitter followers than Melina and Laycool combined. I have no idea where their Twitter follower numbers stood in September 2010 when this match aired, but I questioned Alicia Fox’s claim and did some current day research:

So, as you can see Alicia Fox, as of today, doesn’t even have more followers than any of the three Divas she mentioned. This match was just your typical WWE Diva’s match. The third video I posted is from the same elimination scene of Tough Enough only someone on YouTube cleverly edited Stone Cold talking about crapping himself in a match against Yokozuna. Funny stuff. Enjoy! (This might be the most anyone has ever typed about Melina vs Alicia Fox, You’re welcome Blake Murphy)

Also, a little pro-wrestling trivia for you, Cameron was born November 3rd, 1987 which was just 5 days before Kazuchika Okada and 7 days before yours truly. What an important week for pro-wrestling, huh?

This match takes place in a giant baseball stadium, back when wrestling could actually fill baseball stadiums! This match is a good watch; you get to see Demolition work at a slightly quicker pace than usual as they try to keep up with one of the all-time great tag teams, the Bulldogs. Managers all having their own unique weapons was a common trope in 80’s and 90’s pro wrestling and we see it come into play here with Mr. Fuji’s cane. Something I miss about managers. Anyways, the beloved star of Saturday Morning Breakfast Brawls, Barry Darsow, picks up the win here after Ax smashes Dynamite Kid in the back as Dynamite Kid is applying AJ Lee’s Black Widow on Smash.

The cruiserweight match of the week is usually the place I get to gloat about how Rey Mysterio is an all-time great. This is during Rey’s short unmasked era of his career when Eric Bischoff (who I usually defend) thought Rey would be more marketable sans mask instead of marketing his mask like WWE did and selling millions of dollars worth of merchandise.

Rey shows great fire throughout this match and these four men, as you can imagine, just put on a clinic here. We see a cameo at the end of the match from Raven and Saturn meaning that we are only missing Eddie Guerrero from the WWE Radicalz stable during this match.

Jobber Match of the Week
The Giant Gonzalez vs Jim Powers

As a kid I truly thought Giant Gonzalez was a monster. WrestleMania IX was the first wrestling PPV I ever convinced my parents to order for me and as many have bashed that PPV, it holds a special place in my heart since it was my first. There were two reasons I begged my parents to order WrestleMania IX for me, 1. I had to see if my hero Bret Hart could defeat the evil Japanese beast in Yokozuna. 2. I truly thought it was going to be Undertaker’s last match of his career as I thought there was not a single human being that could defeat Giant Gonzalez. I thought for sure Gonzalez was going to obliterate The Undertaker at ‘Mania and then go on to defeat the WWE champion whether it be Yokozuna or Bret Hart. Needless to say, I was only 5 years old and this is why 5 year olds don’t book for the WWE.

Bret Hart is over like none other in this match. These fans are chanting “We want Bret!” non-stop while Yoko is beating down 123 Kid. This is a fun little six man tag team match. The promo before the match Bret mentions that he, 123 Kid, and Bob “Sparkplugg” Holly are the three very best in the “New Generation”. I don’t remember them using the term “New Generation” so much until I started watching these old matches on YouTube or the old Monday Night Raw episodes on the WWE Network. But, I suppose Bret Hart, X-Pac, and Hardcore Holly did all of their place in the Attitude Era, so while it was comical, the three of them did last quite a while after this match.

Bret Hart always impresses me no matter how many times I watch his matches. He has always been on my top 5 list of all-time favorites.

Well, that’s all for this episode of Saturday Morning Breakfast Brawls! If you would like to recommend a match for a future episode then hop on Twitter and use the hashtag #VOWSMBB and I’ll put it on one of these! Thanks to @BlakeMurphyODC for this week’s viewer recommended match and thanks to everyone who watched! You can follow me on Twitter @LuchaNerd and look for my weekly Smackdown Review later today and My WWE Soapbox column every Monday here on VoicesOfWrestling.com. 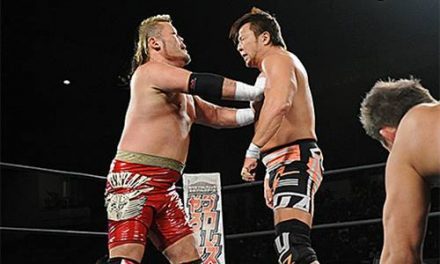 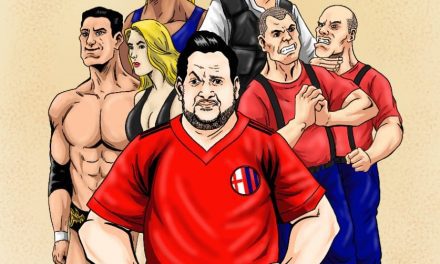 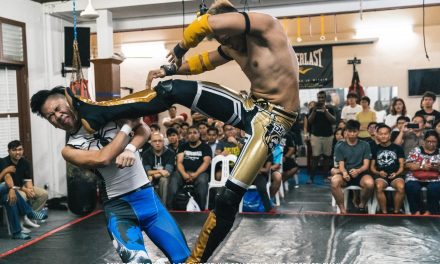