Can WWE keep the streak of hot live shows going? Tonight, we have a scheduled main event of Big Show battling Rowan. We also see the return of Michael Cole to commentary on Main Event, as he joins Byron Saxton at the table tonight.

Sheamus defeats Curtis Axel: Sheamus pinned Axel after a Brogue Kick in about ten minutes. This was a rather even affair for the most part, with Axel getting quite a bit of offense. Cesaro, suited up, sat ringside on commentary, and after the match, he grabbed the US title in a sign that he’s coming after it. Cesaro smiled, flipped the title to Sheamus, and walked off as our first segment of the show came to an end. **

Breaking News! COO Triple H has confirmed that John Cena requested, and was granted, his rematch for the WWE World Heavyweight Championship. Brock vs Cena for the title takes place at Night of Champions.

Nikki Bella defeated #Emma: Nikki won via pinfall after her torture rack back breaker. This was pretty one sided, with Nikki getting a convincing win over Emma. Nikki walked out originally like she normally did as a babyface, but once the bell rang and she was showered with “You sold out” chants, she was full on heel. Nothing much to the actual match, as commentary spent the entire time talking about the Brie-Nikki story, which should be expected. *3/4

Backstage: Renee Young asked Big Show about his main event match tonight. Show said he was excited, as he rarely gets to go in the ring with guys close to his size with the same athleticism. Show suggested he may break out some luchador moves, but Henry told him no. Henry called Show a mess, and told Show to whoop him fast so they can go eat.

SLATER GATOR defeats Los Matadores: Heath Slater pinned one of the matadors after his impaling DDT, the Smash Hit. A pretty short match, joining a show full of them so far. Matadors and the animals did some comedy, but the red hot Slater Gator gets the win via sheer awesomeness. Slater Gator wins again, so where is their title shot? Hornswoggle joined the Matadors dressed in a cow costume, calling himself La Vaquita. So, of course, Michael Cole spent the entire match making animal and cow puns. After the match, Slater was toying with Torito a bit, so Hornswoggle jumped in to stick up for his new buddy. Slater laughed at La Vaquita butting in, and eventually dropped to both of his knees while calling for Vaquita to give him his best shot. Torito, from behind, pushed Slater into the utters on Vaquita’s cow costume. Slater sold that it hurt, then the two animal costumed battlers head butted him out of the ring. Slater Gator rushed back in, but the little guys bailed. Slater Gator’s roll continues! **

On the Tron: Rowan told Big Show to run!

There was a lengthy video recap of the history of Seth Rollins and Dean Ambrose, including the happenings from their Raw match.

Backstage: Seth Rollins told Renee Young that it was the WWE Universe’s fault for Dean Ambrose’s fate last night. He said it is a bad time for heroes in the WWE. John Cena, Chris Jericho, and Jack Swagger have all fallen lately. On that cue, Jack Swagger showed up. The two went through a war of words, and a match was set up for Smackdown.

Big Show defeated Rowan: Show landed a KO punch to Rowan to win via pinfall in another short match. Rowan did manage to hit another scoop slam on Big Show tonight, but the crowd didn’t react like it was a huge deal this time. After the slam, Rowan waited for Show to get up, but that would prove costly. Show got up slowly, and landed a surprise punch onto Rowan to get the win. Harper looked on at ringside without any expression. Henry, at ringside with Show, got in the ring to raise his tag partners arm in victory. Well, Show did what Henry wanted, he won quick so they can go eat. If we get Henry vs Harper at some point, that should definitely be the better match. The show ended with Harper, still, just standing at ringside staring at the victors. *1/2

This may actually have been the weakest show since I started covering Main Event for Voices of Wrestling. I think WWE tried to make it a meaningful show, with the Cena-Brock announcement in there. But, it just was a very skippable hour of TV. We saw about 24 minutes of wrestling, but not much of the 24 was any good. It was a newsworthy show, however, as we discovered that they’d be rushing the Cena vs Brock rematch for Night of Champions. I know Brock has limited time, but this match shouldn’t have been held for later, if at all. Really, a nothing show this week, so here’s hoping for some good action next week on Main Event! 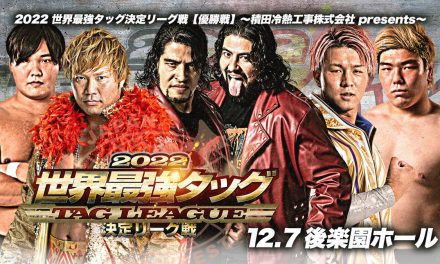