As a Brit who spends a lot of my time talking with American wrestling fans, one of the questions I get asked a lot is “Why do the UK fans love TNA so much?”, or “Why does the UK prefer TNA to WWE?” or with TNA’s recent lack of quality (although in typical TNA fashion they seem to be improving now after reports that they’ve been cancelled) I’ve heard “How do the UK fans love TNA?”

Well, with my recent new position as a Voice of Wrestling, I was thinking of columns to write about to do with the British wrestling culture, so I thought I’d write about this topic and answer this question once and for all, or at least until I am next asked.

So to set the stage, the reason I get asked this question a lot is a combination of two things. The first is that here in the UK TNA Impact gets higher ratings on TV than any of the WWE shows. This isn’t a tiny difference either, RAW generally gets viewing figures of about 100,000 to 140,000, while Impact generally gets between about 175,000 to 210,000. The second is that TNA usually has the highlight of its year these days over here in the UK on their Maximum Impact tour, drawing their biggest crowds and before Slammiversary seeming to be the only place they could get a hot crowd.

This seems strange that the UK would prefer the number two promotion when most would agree that over the last few years it has been putting on a sub-standard product. It would also appear unusual that TNA has a big following for its live events in a country with a smaller population where wrestling is a smaller part of the culture in comparison to the United States. So I completely understand why I’m getting the question, on the surface it does seem very odd. Is the country just filled with people who prefer the product TNA is giving out? Well of course that could be a contributing factor, but I sure hope not, I’d hope my compatriots have a better taste than that. 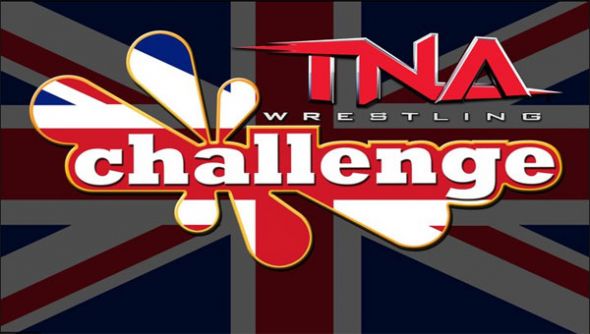 So why do we in the UK love TNA, at least more so than WWE? There are numerous reasons that I’ve noticed. The first is the way it’s set up on TV. Now I don’t pretend to really know how TV works in the US, I hear things about Cable, Satellite and Broadcast, but don’t totally know the difference between them and how they all fit together. What I do know though, is that it’s different over here in the UK.

These days, there’s basically two models. The first is digital, which everybody has. It comes when you buy the TV, or for some old TVs you buy a “digibox” that sets the TV up for digital, and there’s no subscription fee. This gives you about 300 channels, including all the core channels you may have heard of, like BBC, ITV, Channel 4 and FIVE, and all their affiliated channels. The other method is on top of digital, where you pay a subscription to add on a load of channels. The two main subscription services are Sky and Virgin. With Sky, you pay a subscription to get the core of sky, and then extra subscription to add certain groups of channels, such as Sky Sports, Sky Entertainment, Sky Movies, Sky Kids, Sky International… Virgin works in a similar way.

WWE has all its TV shows on Sky Sports, so they’re stuck behind two pay walls, you have to purchase both Sky and Sky Sports to watch RAW, Smackdown, NXT and the rest. They also offer their B shows (Battleground, Extreme Rules and the like) for “free” as part of the subscription service, but charge an extra fee for their bigger shows (WrestleMania, SummerSlam, Royal Rumble…). Only roughly 20% of households in the have Sky TV, and although I don’t have any exact figures, I know a fair chunk of those 20% don’t have the Sky Sports package. So before the off, there’s going to be a huge chunk of the UK wrestling fan base who simply  don’t have access to WWE TV.

TNA doesn’t have any of these problems, because since early 2011 TNA Impact and Xplosion have been on primetime for Challenge TV. Challenge isn’t a major channel, but it is a part of the aforementioned free digital package, which means that almost 100% of UK households have access to TNA on a weekly basis.

Not only that though, TNA also offers a free PPV every single month on Challenge, which is either one of their regular PPVs or a One Night Only PPV on the months without the regular ones. This allows any casual fan to get everything TNA puts out without paying a single penny. It’s ideal for the casual wrestling fans, and that’s exactly why they get better viewing figures than the WWE. With all those factors, I’m surprised they don’t at least double WWE’s factors if I’m honest, but their lack of quality in this writers opinion is likely the reason for not having a more decisive lead. Now the second reason is the way they promote in the UK. Now TNA are notorious for poor promotion of their shows, to the extent that several former talents (Styles, Nash) have heavily criticised them, and consequently they don’t get very good show numbers often, especially for their house shows, as shown by the picture on the right. Quite simply, you’re not going to draw if people don’t know an event is occurring. For whatever reason, this is a completely different case when TNA are running the UK.

You have to give them credit where credit is due; they really promote the tour in the UK well. From about August time all the way up to the actual tour in late January, every single Impact, Xplosion and PPV is laden with adverts for it. They put them up at the bottom of the screen during the actual show, but the real strength comes during the ad breaks.

Now UK ad breaks are shorter than US ad breaks from what I am told, and consequently TNA have a little bit of time several times per show to promote the tour to the hundreds of thousands of UK fans watching, and that’s exactly what they do. They run ticket competitions, have JB, SoCal Val, Magnus and others talking about how much they love coming to the UK, have UK fans talking about how great the experience was the previous year. Sure, it can be a little repetitive, but it’s good stuff. As a result, every single UK fan who watches Impact, which as we’ve said is a sizeable number, knows about the Maximum Impact tour.

They also do some good promotion around the cities where the events take place, using billboards and flyers and the like, and parties hosted by guys like JB, Spud, Magnus and Roode. They also harp heavily that Magnus is the first major World Champion, despite the fact that ROH had them beat by several years with Nigel McGuinness. They usually run some sort of tournament on Xplosion that ends in some title shot on one of the shows. All in all, they treat us well over here in the UK.

So when it comes to the shows, you end up with big crowds. But they’re not only big, they’re always hot too. This is because the UK is a market starved of live wrestling. From the big companies, we get one tour each per year. We do have indy wrestling, and it’s actually become a thriving scene over the last five or so years, but not enough wrestling fans are aware of it. You have UK fans who are fans of companies like PWG and AAW, but don’t know the first thing about the UK indy companies on their doorstep who are knocking it out of the park at the moment. But that’s a story for another column. So that means that when they run the UK, they draw a stadium full of the biggest wrestling fans from the whole country.

So that’s why TNA and the UK get along so much better than TNA and the US these days. One of the amazing things are that they’re not often even that amazing events. But they market it well, treat the fans well and it pays off. Now if they could replicate that into the US we may finally see TNA make some progress.