In my preview of WWE’s SummerSlam 2014, I said last night’s show could be WWE’s biggest show ever. No, not because it was going to set any records (attendance or PPV) but because of the ramifications.

With their backs against the wall as a result of less than stellar WWE Network subscriptions and an expensive, part-timer in Brock Lesnar at their disposal, more than ever WWE needed to evolve.. WWE needed to give people a reason to buy the Network, a reason to start putting some eyeballs on a stagnant, lethargic product. WWE needed something new and fresh.

Then, the main event between John Cena and Brock Lesnar happened.

I wasn’t bashful about my love for the match, I gave it the full five stars. If you know my reputation for giving out snowflakes, you know this is a big deal.

I’m not alone in my love for the match but there certainly isn’t a consensus. Lesnar vs. Cena has been very polarizing. Fans of all walks of life and all circles have had their criticisms of the match. Some felt weirded out by it, others felt it was too short, lacked the big match WWE feel, waste of money if they had bought it on normal PPV.. I’ve heard a number of other complaints that are totally valid: It wasn’t really a match as much as a destruction, why did Cena barely get any offense, it was too brutal and weird, it wasn’t a good back and forth and so on. All those points are certainly valid but I think tell a bigger story of what was accomplished last night.

In one match, WWE blew up everything we knew about the classic WWE main event.

The criticisms people had are absolutely correct, there wasn’t back and forth and yes Brock Lesnar did destroy someone with 10 years of dominance in a matter of minutes. And that’s what was so great about it.

It was an evolution, it was different, it was unique in a way we don’t normally get. Good wrestling is supposed to make you think, it’s supposed to make you feel weird or question things. Last night’s main event did that. You shouldn’t force yourself to fall into a formula, sometimes breaking from the status quo can be the jolt you, the product and the wrestlers need. Last night was a jolt. From the first minute when Lesnar hit the F5, the whole pace, structure and feel of the match was like nothing we’ve ever seen before.

We’ve become so trained to accept main events as the back and forth, you hit a finisher, kick out, now I hit a finisher and kick out that I wonder if we forget the overall goal here — to get guys over. In this case, the goal was to make Brock Lesnar look like an unstoppable force. This match did that. Yeah, he hit a ton of German suplexes and maybe you thought that was boring but it was a slap in the face you needed. It woke you up, for better or worse.

More than just blowing up what we know about the classic WWE main event, the match did a lot to progress what a heel means in the company.

My VOW co-host Joe Lanza recently ranted during his Dragon Gate “Dangerous Gate” review that WWE heels need to be refreshed: the tried and true story of heel is evil, cheats but babyface overcomes the odds in the end worked for years, but these are different times.

“Yes, heels should be apt to cheat. Yes, the face should (generally) overcome the scheming heel to win (but not always). But sometimes, the heel should simply just be better than the face, and there is nothing wrong with that. Heels can be heels based on their attitude, and not always just their actions … Standards are constantly shifting and changing. Old school thinking like “heels must always cheat” and “the babyfaces must always overcome” should eventually change, evolve, and advance into something fresh and unpredictable. At minimum we should be at a point where three heels should be strong enough to beat even the strongest face.”

Lesnar WILL eventually fall to a babyface (more on this later) but for the time being, why not distance our modern heels from the “Cheat to Win” trope? Why can’t a heel just win because he’s a good wrestler? Well, WWE answered the call last night.

Cena had a few moments of offense but at each and every turn, Lesnar was better than him. One of the most poignant moments of last night’s match was Lesnar doing the Undertaker-style sit up and openly laughing at John Cena — as to say, “You can’t beat me. I’m better than you.” It doesn’t get better than that. This was also driven home in the first minute of the match when, as mentioned, Lesnar hit the F5 and got an early two count on Cena. He didn’t win the match then and there but the look on Lesnar’s face was so unique and so special. The look of supreme confidence, a giant shit-eating grin as to say “I have your number tonight.”

Cena, the superstar of this era, looked like a child in the ring with Brock Lesnar. For the first time in the Cena era, he looked totally and complete vulnerable and that’s nothing but a positive.

Right before our very eyes, a part-timer, a guy who only wrestlers a few times per year won the WWE World Heavyweight Championship. The next time you see him wrestle won’t be on an episode of Raw or Smackdown. It will likely be in five weeks at WWE’s Night of Champions. If he emerges victorious at NOC, you may not see him until January’s Royal Rumble, then not again until WrestleMania. That seems weird, huh? One of the focal points of the company won’t ever wrestler on TV?

In moving the title from a reliable, every week worker like John Cena to Brock Lesnar, the some-timer, WWE has created a necessity for fans to get the WWE Network. Some may turn away since they don’t get to see some guy holding a title every week on TV but I doubt it. You know damn well you want to be watching when that title is taken away from Lesnar. After last night, you may just want to see what the next Lesnar match is going to look like. 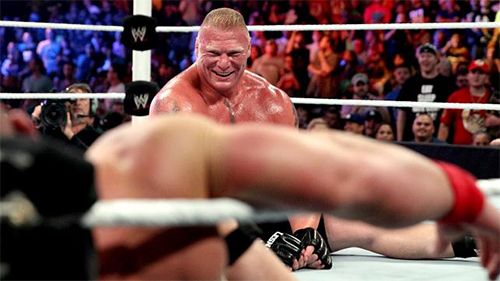 Now that the status-quo has been blown up, you don’t know what to expect, will Lesnar just work a normal back and forth match or will he have similar performances until he loses the title (presumably at WrestleMania)? I’m not saying there will be a flood of subscriptions to the Network but this is the first time since WWE Network launched where WWE seems to get that you can’t just do what you’ve been doing for years. Something had to change, the creative direction and booking philosophy had to change.

We don’t know what the next step is and that’s what’s fun. Will Brock lose to Cena at Night of Champions? Maybe? Will he keep the title until WrestleMania? Probably, right? Will he lose to Roman Reigns at WrestleMania? Perhaps? We don’t know and that’s okay. That’s what makes me more intrigued about the main title picture than I have since Daniel Bryan was chasing it in the lead to last year’s SummerSlam.

In one 16 minute match, WWE changed everything we knew about WWE main events, heels and showed promise in righting the ship of a struggling business venture. It’s not often WWE clicks like this anymore, but let’s enjoy the ride while we can. 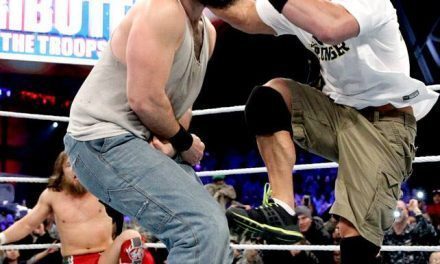 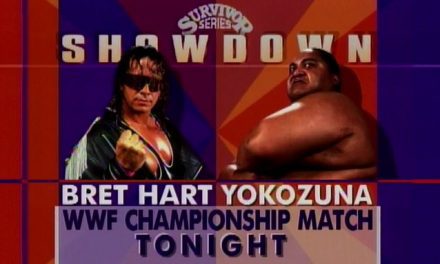