0. Kenichiro Arai & Jimmy Kanda vs Sachihoko BOY & Ryotsu Shimizu – As noted in these reviews before, I am an unabashed Arai fan, the king of the Dragon Gate “0” match, and one of the best around at the sleazy undercard veteran act (New Japan fans, think Gedo’s routine). He was fun here, mocking Shimizu by using the giant swing on BOY (one of Shimizu’s trademark moves is a giant swing). Shimizu got revenge by delivering his wheelbarrow version on Arai, and then they both sold it by losing their balance. Kanda isn’t normally in this spot, but Dragon Gate rotates guys in and out of all portions of the card, which helps to keep not only the matches, but also the bodies fresh. Kind of a given that he would score the pin here, and he did on Shimizu, but the main takeaways for me were that Shimizu continues to show his incredible potential, and the combo of Shimizu & BOY would make a really fun prelim team. That isn’t going to happen though, with BOY being the low ranking member of Monster Express. *1/2

1. Chihiro Tominaga vs “Mr. High Tension” Kotoka – The loser of this would be forced to get a perm. I’m not making that up. And while it sounds like a silly stip, these guys managed to get it over immediately, as it was pretty clear they were treating the idea of this perm like impending death. This match was super intense right from the bell, with Tominaga pulling out all sorts of submission attempts (triangles, cross arm breakers, etc), and Kotoka attempting to steal it with flash pins. I loved this. It reminded me of the recent CMLL En Busca de un Idolo sprints, with these guys being of similar experience level, and was every bit as good. Kotoka fough like crazy and then scrambled to the ropes on a cross arm breaker, and then moments later rolled through another and cradled up Tominaga for the pin. Tominaga sold the loss like he was being taken away to an electric chair. Like Shimizu, these are two very talented guys with good futures. Kotoka’s size (and to be fair, Tominaga’s as well) would be an issue in almost any other promotion around, but not here. ***

2. Cyber Kong, Kzy, Mondai Ryu vs Don Fujii, Gamma, Hollywood Stalker Ichikawa – If you aren’t familiar with Stalker, think Mikey Whipwreck or Colin Delaney, with the comedy turned up to 10. He was the star here. Generic crowd brawling to start, followed by generic stuff in the ring, until Stalker saved it with the closing sequence. He’s so good in his role, that his hope spots and near falls are amazing because you never buy that he’s ever going to pull anything off without screwing it up. So when he does, it catches you off guard. After Stalker pulled off a few believable near falls, Kzy, who is still selling his head shaving from a few months ago, put Stalker away with a double underhook piledriver. Great stuff here from Stalker. **3/4

3. U-T & Yosuke Santa Maria vs Dragon Kid & K-ness vs Jimmy Kagetora & Mr Quu Quu Tanizaki Naoki Toyonaka Dolphin – It sounds like a broken record, but this match also featured a couple of bright young prospects in U-T & Santa Maria of The Millenials. Dragon Gate has a unique training system that keeps a steady flow of prospects coming, and right now they have an undercard full of them. But this wasn’t a great showcase. I couldn’t get into this. Probably the least engaging Dragon Gate match that I’ve seen in a while. Generally any Dragon Gate match entertains me on some level, but for whatever reason this didn’t. *3/4

4. Masato Yoshino & Ricochet vs Jimmy Susumu & Genki Horiguchi H.A. Gee. Me!! – Yoshino & Ricochet will team together at Kobe World to face CIMA & the returning Matt Sydal, which should be an incredible match. On a low key Korakuen show like this, these two teams weren’t going to go all out, but they did enough to make it a good match, and as good as these four guys are, even at 75% effort that is going to come easy. Yoshino, who is having a very good run the last 12 months or so (perhaps the best 12 months of his career), pinned Susumu. ***

5. Akira Tozawa, Shingo Takagi, Uhaa Nation vs T-Hawk, Eita, Flamita – This was one of those Dragon Gate bouts that goes a little too long, and could have told the same story in 5 or 8 less minutes. One major observation I had here, was that Korakuen has really taken to Flamita as a star. For the finish, Tozawa was isolated with T-Hawk (who is being groomed as a top guy) while his partners were kept at bay on the outside. Tozawa was locked in T-Hawk’s Numer Uno submission, but would not give up. With his partners unable to help him, his Monster Express corner men tossed in the towel. Tozawa is flat out great. He has the Sami Zayn, Daniel Bryan quality of being such a great sympathetic babyface, that no matter how many times he loses, he’s teflon and stays over. This finish set up the Twin Gate title match at Kobe perfectly, where T-Hawk & Eita will challenge Tozwa & Shingo for the belts. ***

6. YAMATO & Naruki Doi vs BxB Hulk & BxB Masa – BxB Masa is Masaaki Mochizuki, who agreed to do the BxB Hulk dancing gimmick for this match after Hulk was talked into bringing it back by CIMA. Even though he looked more like Razor Ramon HG than BxB Hulk, he was surprisingly good at the dance. Hulk quit Mad Blankey after the cage match at Dead or Alive, and then lost a match to his former stable mates for the rights to the unit name and colors. He will face YAMATO for the Dream Gate title at Kobe World. The Hulk turn and face push looks like it’s working, because he’s been over with crowds, particularly so here. Lots of Mad Blankey shenanigans, which was OK here because they were building heat for the Kobe main event. A lot of people ask me why I’m OK with the rampant interference in Dragon Gate, but not New Japan. The answer is context. From the very beginning, Dragon Gate established itself as wacky and zany, with North American style heel antics, tongue in cheek humor, & super fast lucharesu style action. New Japan has always been presented as serious strong style, with minimal heel antics, especially at the top of the card and with their titles. When I settle in for a Dragon Gate show, i’m expecting fast paced action and zany fun. When I watch New Japan, I’m looking for and expecting to suspend my disbelief for an athletic real sports simulation. Different promotional universes entirely, so different standards and expectations. Anyway, Hulk avoided a powder attack, and it hit Doi in the face instead. Just as Hulk was preparing to put him away, Dr. Muscle of all people sauntered down to ringside. Dr. Muscle hit Hulk in the head from behind with the big yellow box as he was coming off of the ropes, and Doi rolled him up for the win. Dr. Muscle is a reoccurring character and lone remaining member of Muscle Outlaw’z, the dominant heel Dragon Gate unit from circa 2007. I can’t even remember his last appearance prior to this. This time, he unmasked as the newly permed Chihiro Tominaga (who will now be known as Punch Tominaga, due to the punch perm hairstyle), which surprised everybody. Tominaga is now an official Mad Blankey member, and called out Shingo in his promo. Cool finish utilizing a character from the past, and featuring a turn that nobody saw coming. ***

This was hardly the best Dragon Gate show this year, and in fact, as far as iPPV’s or Korakuen’s go, it was probably the worst in terms of in ring. But what the show lacked in great matches, it made up for in the usual dose of Dragon Gate fun, and it served its purpose of setting up the two top matches at Kobe World on July 20. T-Hawk has been completely dominant over Tozawa (both here and in the King of Gate tournament) as we head into the Twin Gate match, and BxB Hulk faces seemingly insurmountable odds against Mad Blankey as he will attempt to dethrone YAMATO.

The Kobe World lineup is absolutely stacked, and if the matches live up to expectations, it will be a sure fire best show of the year contender. As of this writing, it is still available to order on USTREAM, and may end up being the final wrestling show on that medium as rumors circulate that USTREAM is getting out of the wrestling iPPV game. 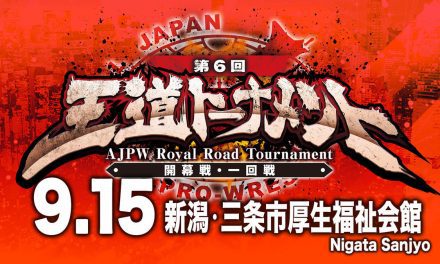 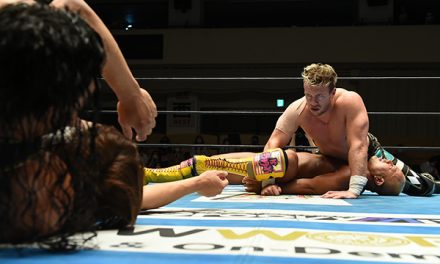