Consequence + Mark Crozer “The Making of The Whole World”

Back in April, I had the chance to speak longtime hip-hopper and former A Tribe Called Quest collaborator Consequence regarding his recently-released wrestling themed track “Follow the Buzzards.”

As the song name indicates, “Follow the Buzzards” is a tribute of sorts to The Wyatt Family as Consequence rapped over a sample of the now-famous Wyatt Family entrance music Mark Crozer’s “Live In Fear.”

Though we weren’t able to reveal it at the time, Consequence mentioned off-air that he and Crozer had hooked up via social media and discussed recording a track together. It looks like his promise is finally coming to fruition.

Both avid wrestling fans, Consequence and Mark Crozer initially crossed paths in the Spring of 2014 when Cons’ sampled “Live In Fear” by Mark Crozer which serves as the entrance music for the WWE’s Wyatt Family for a song titled “Follow The Buzzards”. “Follow The Buzzards” caught a Huge buzz via social media which prompted the two artist to met and link up in the studio. The end result is the NEW Anthem “The Whole World”.

If you missed our original interview with Consequence (conducted in April) we recommend you check it out. Not only do we discuss Consequence’s hip-hop career but we also delve into his wrestling career, how he became a fan, some of his favorites growing up, favorites today, Magnum TA, Tully Blanchard, The Midnight Express and much more! Listen below: 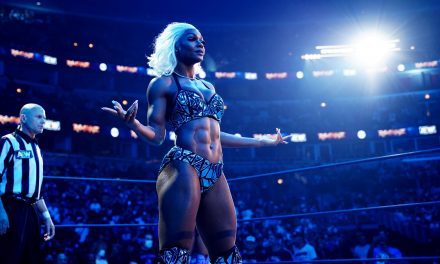 Jade Cargill and the Ryback Syndrome 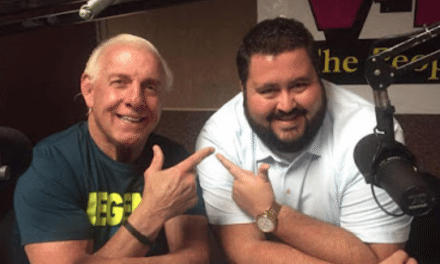