Welcome to your belated Superstars review. With New Japan “Best of the Super Juniors” in full swing, attending live shows, and of course Payback, we’ve been busy here at Voices of Wrestling. But we didn’t forget the tens of dozens of you who count on us to recap the glorified RAW Rewind, so here we go…

1. Titus O’Neil vs Big E (not Langston) – Two big hosses kick things off this week, with Superstars MVP Titus O’Neil taking on the man who no longer has a last name, Big E. Titus is like a modern day Chris Masters, having the best match on Superstars on a weekly basis. Of course, Masters had legit competition back in the glory days of 2011, while big Titus dominates the two match 2014 version of Superstars, and his “competition” is often an uninspired Divas bout. Titus is his usual bad ass self here, throwing around the husky Big E with ease and laying in hard with stiff overhand forearms. Titus missing a corner splash as a transition spot has become a weekly occurrence. Big E must have had him well scouted. Big E follows up with a big overhead belly to belly throw, a big splash, then lowers the straps and hits the Big Ending for the win. This was a good, hard fought five minute match. If only this show gave us four or five of these instead of endless RAW Rewinds. **1/2

A John Cena/Bray Wyatt recap and Payback commercial is next. After weeks & weeks of these things leading up to PPV’s, you really get tired of watching them over & over.

Next up was the Stephanie McMahon/Daniel Bryan segment from RAW, and more Cena/Wyatt hype. Fast forward.

2. R-Truth & Xavier Woods vs Rybaxel – Hey, this is something fresh. Truth & Woods vs somebody that isn’t Rusev, and Rybaxel vs somebody that isn’t The Brotherhood. We also very rarely get tag action on Superstars. Woods career has gone literally nowhere on the main roster. This might be a rare case of a guy wanting to go back to NXT to hit the reset button. He does an awful worm while Truth does the same rap he’s been doing since roughly 2002. Does he ever write new material? This guy is like a washed up crooner who long tossed in the towel playing a shitty Vegas hotel  for $19.99 per head. It’s odd seeing Woods on offense since I haven’t seen him in a non squash in months. He does some cool shit. R-Truth tags in, and I seriously wonder how many people have been doing the same exact shtick for longer than he has. RVD for sure. Who else? Truth never evolves, not even a little. Axel gets tossed outside the ring, so that means a commercial break. Total Divas. Back from the break, and Truth eats a dropkick from Axel as the heels take control. This gets real boring as Truth does the BIP routine, but this man is no Ricky Morton. HOT TAG and Woods is a house of fire. He’s too fast for The Ryback, and oddly his offense reminds me of KUSHIDA. This got real good real fast. Ryback hts a distracted Woods with a big lariat, then the Shellshock for the win. This was one hell of a match whenever Woods was in. I wish he had a more interesting partner. Like Evan Bourne? **3/4

Welp, we’ve done the requisite Cena/Wyatt & Daniel Bryan segments, so now it’s time for Evolution/Shield. It’s the contract signing from RAW, and i’m not watching that shit a second time.

The big news this week, is Titus has been dethroned. It’s a virtual lock he’ll be back on Superstars next week, so we’ll see if he can take back his crown. I know, I know…nobody cares. I’m trying to build some intrigue for this show. If only the company tried as hard. 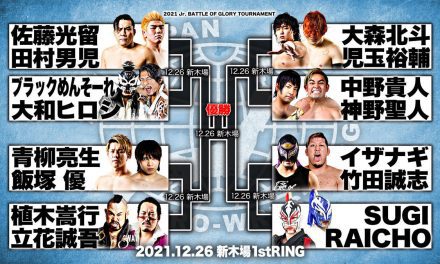 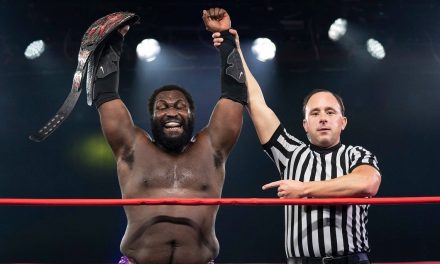 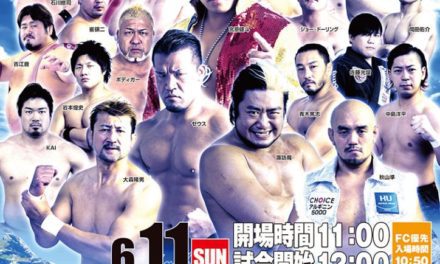