We kick this episode off early, talk about the latest on Daniel Bryan’s injury, Raw, the UK, and if the segment saved Adam Rose. We talk, again, about Alicia Fox being great, the backlash about John Cena and our response to the internet community. We also touch on the WWE stock news and Mick Foley’s big announcement.

Then, much to Rex’s love, we talk Crazzy Steve in TNA and bad backstage segments, and the response to a Gunner/Samuel Shaw tag team.

After the break, it’s Danny Davis, the Blue Blazer, Koko B. Ware: WWE Hall of Famer, and more, as we touch on the WWE Network’s Old School MSG 10/24/88 show!

We name our MVPs and LVPs, and then reveal which show we’re watching next week(well, this week, since the episode’s so late to come out), Uncensored 1995! 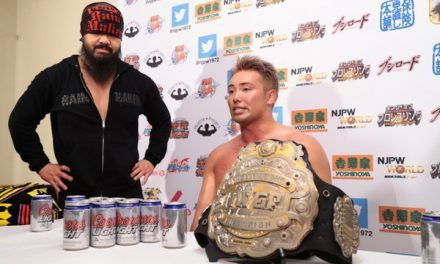