Emma vs. Charlotte (w/ Sasha Banks): The show kicks off with Emma, her music and her bubbles; she’ll take on Charlotte in the NXT Women’s Title Tournament. The two trade offense until Charlotte takes the advantage and tosses Emma out of th erring. Charlotte shows some nice fire here yelling “GET BACK IN HERE!” I mean, you threw her out but I like it anyway. Charlotte locks on the Figure Four headlock, Emma bridges into a pinfall but Charlotte keeps it locked on. Emma tries everything to get out of the hold but she can’t do it.

After about a minute or so, she simply pushes Charlotte’s legs out of the hold. That wasn’t too hard. Emma takes out her Cobra, she’s about to knock Charlotte out but she dives out of the way and Sasha takes the Cobra. Emma is stunned and gets put in the Charlotte’s Web as Flair’s daughter moves on. This wasn’t very good. *1/2

Long commercial about the WWE Network Referral Program: “Real friends don’t keep the evolution of entertainment to themselves”

Kalisto and El Local vs. the Legionnaires (Marcus Louis & Sylvester Lefort):Woah, I get the The French Stallion AND the debut of the former Samuray Del Sol, the now Kalisto and Ricardo Rodriguez aka El Local! This is awesome. Kalisto has the same mask as Samuray Del Sol, which is great because it’s one of the best out there and it flew off merch tables at Chicago-area indie shows for years. That thing will be a top-seller on the main roster. Kalisto also kept his “LUCHA, LUCHA” chant, he may have been reacting to the live crowd but we’ll see. Legionnaires control the early part of the match cutting the ring off with El Local taking all of the damage.

Camacho vs. Captain Comic: I’m calling New Japan to protect intellicual rights on Captain Comic being a rip off of Captain New Japan! Not really, Captain Comic is one of Adam Rose’s RoseBuds and I believe is NXTer Garrett Dylan. Camaco pummels him early, Comic mounts a little bit of “offense” by punching Camacho in the stomach, it doesn’t work. Camacho grabs him by the mask. Comic again mounts some measure of offense but a headbutt knocks him down yet again. Camacho lifts him up and hit a running Samoan Drop followed by a running powerslam and that’s all she wrote. This was a squash of epic proportions. *1/2

Adam Rose runs down to the ring post match but Camacho slides out of the ring and points at Rose, who is consoling Comic.

Alexa Bliss vs. Alicia Fox: The last of our first-round NXT Divas Title tournament. Jason Albert gets creepy with a quick “I love Alicia Fox.” Some seconds later he describes her as a great wrestler, she’s super tough, blah, blah… it’s okay Tensai, I love her too. Alexa Bliss walks out and she’s a fairy or something? She curtseys in the ring and eventually pulls off her giant skirt to reveal a relatively basic wrestling outfit. Alicia is none impressed. Some nice looking back and forth, Fox slows the match down with a tilt-o-whirl backbreaker but only gets the two. Headlock by Fox, Bliss plays to the crowd but has a tough time gaining any offense of her own. Bliss hits Fox with a stiff knee, according to friend of the site Rovert (@SoDuTw) this was a botched standing moonsault and you can tell Fox was even less impressed here. Fox whips her off the tops and appears to go for another backbreaker but Bliss reverses it into a small package and wins in a huge upset! This wasn’t very good, Fox looks great but Bliss has a ways to go. She was pretty sloppy here and the character is just… odd. Bliss has some blood coming from her mouth, so I’ll have to assume Fox got a measure of revenge for the stiff knee. *1/4

Devin Taylor, who won’t return my phone calls for some reason, is in the back interviewing Adrian Neville about the upcoming 20-Man Battle Royal to determine the #1 contender to his NXT Title.

20-Man Battle Royal for #1 Contendership: We start with everyone int her ing, it’s pretty much all the big guys, oh and Yoshi Tatsu. Mojo god damn Rawley gets a special entrance of his own, booo. Sami Zayn gets an entrance, YAY. The special entrances aren’t done, Bo Dallas makes his way to the ring and we’re off. Brodus Clay starts playing the monster role eliminating… CURT HAWKINS?! Seriously, it was Hawkins. Everyone in the ring teams up to try and knock Clay out who holds on for a few seconds but eventually falls. I always love that spot. Danny Burch is eliminated and Mason Ryan tosses Aiden English to the outside onto Burch. Don’t get too excited about Ryan, he was released a few weeks back as was Burch. A ton of quick eliminations, nothing of significance except Yoshi Tatsu is getting some nice rub here. Not that he’s doing anything but he wasn’t the first eliminated so that’s a win.

Jason Jordan tosses Rawley out and instantly becomes my favorite wrestler in the world. Baron Corbin eliminates Jordan not long after, it was a good one. Dallas slips out of a Corbin hold and clothesliens him out of the ring. Dallas goes over to Tatsu and knocks him as well. The miracle run is over. Dallas then tosses Mason Ryan and Colin Cassady. Dallas plays to the crowd for a moment but Tyson Kidd grabs him and tosses him out of the ring. Wow. “Thank you Tyson’ chant. We’re left with Kidd, Tyler Breeze and Zayn. Zayn goes for the Yazuka kick but flies over the ropes, hanging on to the top rope with his feet dangling. Breeze is standing over him trying to knock him out as Tyson comes from behind but it whipped to the apron by Breeze. Kidd grabs onto Breeze and all three men fall to the ground, landing at the same time. The fans chant “Triple threat” as the referees and wrestlers argue on the outside. This was a lot of fun, basic battle royal but a lot of fun and some cool spots throughout. ***

Triple H comes out with a microphone  and says we need a #1 contender for May 29th’s NXT Takeover. HHH asks the crowd what they should do and they all chant “Triple threat”, HHH agrees and we have a triple threat next week!

Kalisto and the Battle Royal were cool, the rest bordered on awful to boring. 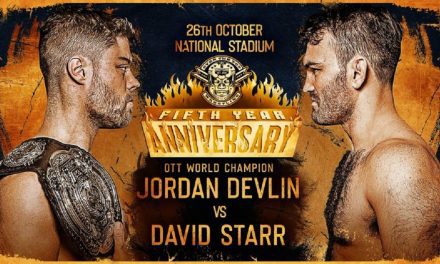