Welcome to the ROH Proving Ground edition of the WWE Superstars review, featuring non title matches all over the place.

1. The Usos vs Drew McIntyre & Jinder Mahal – This was announced as a “tag team bout”, but Tom Phillips assures us that 3MB could earn a title shot with a win. Mahal was all taped up from the WeeLC match, and McIntyre was doing some low level indie token selling of this lower back. Of course Hornswoggle, who was the actual participant in the WeeLC bout, was selling nothing. Usos in control early, and as the action spills to the outside, you know what that means…commercial break. We’re back with McIntyre in control of Jimmy (or is it Jey?). Mahal tags in, as 3MB cuts off the ring. Jey (or is it Jimmy?) is BEGGING for the hot tag. I bet he gets it. Drew says OW, and clutches his back. Mahal uses the 18th reverse chin lock of the match. Jimmy (Jey?) catches Mahal with an enziguiri, and we have the HOT TAG. And oh boy, is it hot. Jey (it’s Jey, thank you Tom Phillips) is on fire, cleaning house. Jimmy takes out Mahal with a dive, allowing Jey to hit a superkick on Drew, and Jimmy hits the big splash for the win. Paint by numbers TV tag match. **

Commercial, and when we come back, we’re promised a look at the “chilling” turn of events from Extreme Rules concerning Bray Wyatt & John Cena. No thanks, i’m not watching that shit twice. Fast forward. Next, we get the “we need Network subscribers badly” John Cena promo from Main Event.

Back from commercial, and they show the 20-man U.S. Title battle royal from RAW. I thought this was clever booking, because Dean Ambrose was booked strong, didn’t have to get beat, and they found a creative way to get the title off of him.

2. Paige vs Alicia Fox – This was apparently another non-title bout, as Phillips once again said Fox could put herself into position for a title match with a win. What is this, Bellator? Phillips & Byron Saxton spend the next few minutes talking about Kane & Daniel Bryan. Alicia Fox uses a high surfboard, and Phillips goes full Vinny Mac by calling it WHATAMANEUVER. Paige hits a dropkick and uses some vicious looking short clotheslines. Modified scorpion crosslock, and Fox is unsuccessful in her proving ground match. Hey, it could be worse, ACH always wins his, and for some reason never gets his title shots anyway. **

We wrap up with The Shield vs The Wyatt Family from RAW.

3MB was coming off of a win in their last TV bout, so I don’t understand the need for the non-title matches. All it does is make 3mB & Alicia Fox look like jobbers who don’t deserve a crack at the title(s). Just make these babies title matches and add some juice to these B-shows. Why the hell not? 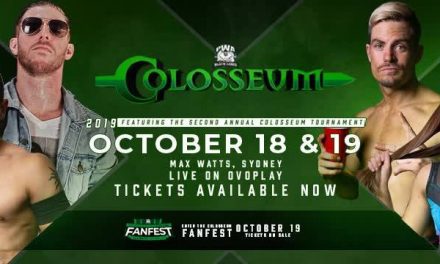 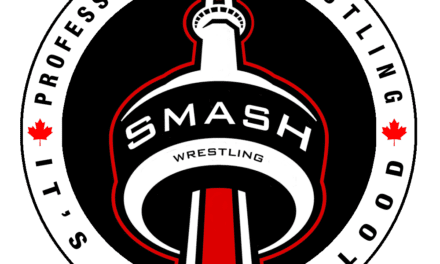