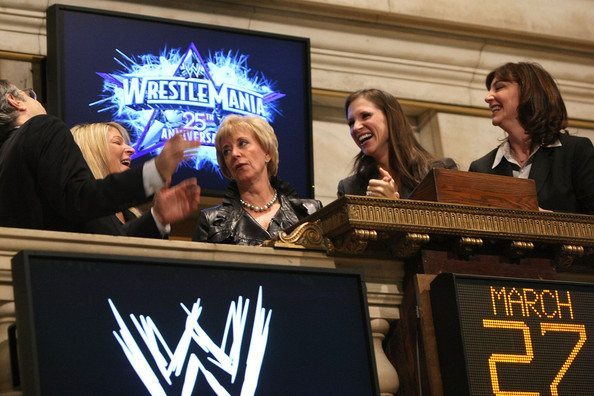 WWE Stock Price has been going up, up, up.

Not only does this ensure a steady stream of terrible wrestling-related puns on finance websites …but provides plenty of vexing consternation for me as I try to figure out WHAT THE HECK IS GOING ON?

I’ve followed WWE Financials pretty closely for awhile.  (Just ask my pals about the awful podcasts I used to do back in 2007 when I was on cold medicine and discussing the 10-Q statement.)  I scour the Annual Reports, I keep up with latest gossip on their Television Negotiations, I read the in-ring rumors and I follow the (free) trials and tribulations with WWE Network subscribership.  Yet, I am still confused at what’s really going on!

Let’s start with the latest breakdown of 2013 WWE Revenue:

Still, the stock continues to rise; really the climb began right after the quiet Q3 conference call on Halloween morning where Vince promised great TV negotiation results (and said they could put him in a hammerlock if they failed.)

In terms of what’s new to WWE this year, I can only think of two real factors:

There’s a ton of buzz about how innovative and game-changing the WWE Network is.  But a true evaluation of the over-the-top service would also note that it’s controversial and risky.

• The previous top draws from the Biggest Raw Ratings Draws in 2011-2013 like the Rock and CM Punk aren’t with the company currently.  We still have John Cena, Paul Heyman/Brock Lesnar and Triple H but new superstars haven’t done much as the return of Batista was a one-and-done ratings blip and even bringing Hulk Hogan back to television didn’t have a noticeable impact.  Bryan Daniel showed signs up being a rating draw but he’s clearly a distant #2 to top guys like John Cena when it comes to live events.

• Raw Ratings for Jan/Feb have been average (actually slightly lower than past years).

• Growing TV Rights have been because of new programming such as Total Divas and adding a 3rd hour of Monday Night Raw.  Shows like Main Event on Ion haven’t impressed that television network and CW’s Saturday Morning Slam wasn’t even renewed.  WWE couldn’t find buyers for Superstars or NXT previously so those were just international/OTT shows.

Converting all of these fans into regular WWE Network susbcribers (660k x $10 x 12 months) generates $79.2M which is +$10M higher than 2013’s domestic PPV, but that’s a huge investment to barely replacing the PPV revenue (and hurt the WWE.com and Home Entertainment revenue).  It’s not pure profit either because they’re still paying for the PPV production.  And most importantly, they still need more than 300,000 new subscribers above that PPV base just to hit the million subscriber break-even point.  (They’re getting some of that by pulling European fans into the domestic launch, but that just hurts their projections for the international launch in 9-18 months time.)

In fact, for 60% of the PPV fans that would hypothetically convert to the WWE Network, those fans were already spending more than $10/month annually. (WWE only got half of that revenue, which was what drove WWE wild and made them balk at sharing PPV revenue or premium channel revenue with the MVPDs.)  More than half of WWE’s domestic PPV revenue comes from their most hardcore fans, and clearly those fans would have tolerated even higher prices for the WWE Network since they were already paying more than $45/month.  WWE essentially offered a price decrease to the majority of their regular fans.  What I’m waiting for is their comprehensive marketing campaign on how they’re going to lure back lapsed fans beyond just promoting the WWE Network on their television shows, emails blasts and word-of-mouth through friends and occasional major media coverage.

For a project (WWE Network) that has $55M in costs before they even factor in the $60M in cannibalized revenue, I’m still not convinced that the WWE Network will be profitable in 2014.  That’s not to say it’s not a worthwhile venture – as a fan, I appreciate the opportunity to transform how many PPVs I watch annually, and it keeps me more engaged with the product.  There’s certainly an important, yet hard-to-define halo effect from launching the WWE Network.  Perhaps more people will attend Live Events or some fans will return to watching programming weekly.  However, as an analyst, I view a project like WWE Network as, at best, break-even in terms of OIBDA.  That doesn’t strike me as the sort of venture that should send the stock price skyrocketing.

So, if WWE Network isn’t the main driver of growth, that just leaves the WWE Domestic TV Rights negotiations.  I went through the history and details elsewhere about why I think WWE will re-sign with NBCU, but I don’t think they’ll hit their massive rates increases above $220M (doubling rates).

The simplest reason is that expensive programming (like Sports) is paid for by advertising and, to a smaller extent, promoting other shows on the network.  Frankly, WWE stinks at both.  Wrestling fans are fickle and don’t support most other shows.  The CPMs wrestling gets for the eyeballs they deliver are appalling. Advertisers don’t believe the WWE Universe is going to spend the money.  If WWE has been successful in shopping around a new narrative, that would be a substantial win for the company. But I haven’t seen any evidence of that, yet — at least not in print.  NBCU at least has some ideas on how to shake-up advertising, that could outline why WWE might get better rates in 2015 and beyond.

Originally, WWE’s decision date for Domestic TV was supposed to be March 4 with an announcement coming in April.  It’s unclear whether that was a firm deadline, or just posturing on their part so they could get things done early.  I believe that while the exclusive negotiation period with NBCU has expired, NBCU still has matching-rights which allow them to retain WWE if they pony up the same amount as the other bidders (top contenders assumed to be Viacom and Fox).

However, as it’s plays out right now, the WWE is riding high. They’re at their peak stock price and have vastly increased the McMahon family’s wealth.  I can only conclude that investors seem confident that WWE is about to score a big win on TV rights (and to a lesser extent jaw-dropping WWE Network signup numbers).  I am just a lot more pessimistic.

Drop me a line (twitter: @mookieghana), comments section or email ([email protected]) and explain what I’m missing.  I do appreciate it!

Chris Harrington (@mookieghana) is working on his first book, #Wrestlenomics—a collection of pro-wrestling analytics and statistics. He can be reached at [email protected] and regularly updates his wrestling statistics website indeedwrestling.com and his blog indeedwrestling.blogspot.com 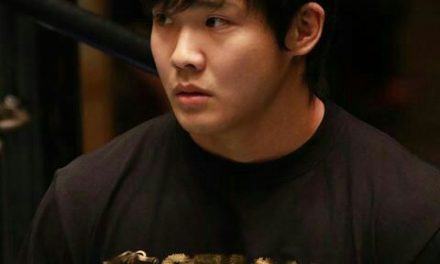 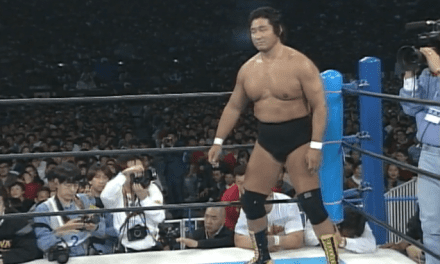 A Retrospective of Violence: The Legacy of Genichiro Tenryu