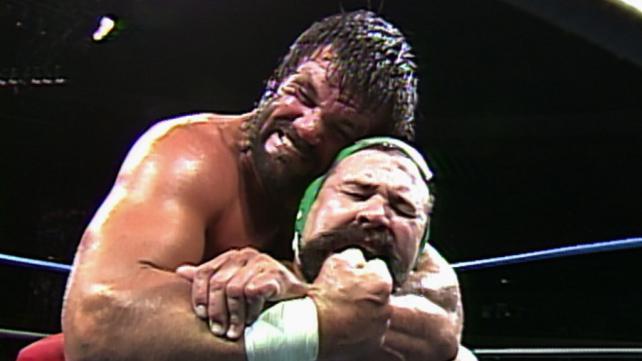 In this episode, we celebrate a year of Off The Top Rope with a jam-packed episode!

Mike talks the Mick Foley show in Minneapolis, followed by what it was like to see the Elimination Chamber event live. The Wyatt Family and the Shield, booing Batista, the Elimination Chamber, Daniel Bryan, John Cena, Cesaro, and more. We talk Raw, and Hulk Hogan, Triple H vs. Daniel Bryan, and the contract signing, The Undertaker, and Brock Lesnar. We briefly touch on TNA, and talk about if Gunner’s ascension is lasting.Then, before the break, we touch on our early issues with WWE Network, and how great it’s going to be when the kinks get worked out.

We name our MVPs and LVPs, and it’s revealed which show we’re going to review next week, ECW Heatwave 1998 (ignore Mike temporarily calling it Hardcore Heaven. He’s a dumb dumb).