WWE Network Changing The Business As We Know It 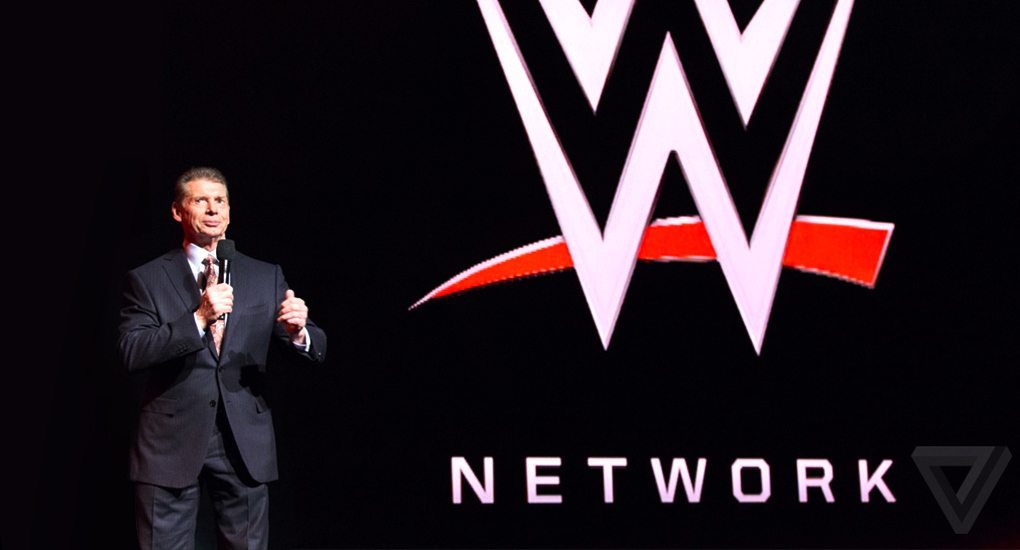 In just a few days, the entire wrestling industry as we know it will be flipped on its face. Everything we once knew, will be no more. The way we consume professional wrestling, how we pay for it, where we watch it, when we watch it, all of this changes in just a few days. There’s one factor that seems to be criminally under-covered.

Frequent Voices of Wrestling contributor Chris Harrington wrote a great piece on WhatCulture.com detailing 10 Controversies Of The WWE Network. His #9 controversy (these were in no particular order of importance) “Future Wrestler Compensation Is Unclear” details the many questions still surrounding the way WWE wrestlers will be paid after Monday.

“It’s extremely unclear how WWE Wrestlers are going to be paid for appearing on the events that we formally called ”Pay-Per-Views”.  Presumably, they will continue to receive a portion of the fees generated from traditional PPV distribution through a cable operator or satellite provider, but what about WWE Network subscriptions? It seems quite clear that wrestlers will not be receiving a portion of those fees.”

Chris details an expert of Stephanie McMahon’s booking contract which indicates: “WRESTLER shall not be eligible for any payment or royalties with respect to any other goods, services or otherwise including without limitation to the following: television license fees; television subscription fees; internet subscription fees; subscription video on demand fees….distribution fees of any kind”

What do we make of this? Well, for one, it seems pretty to both Chris and anyone that reads through Stephanie’s booking contract that WWE performers will not be paid a portion via WWE Network revenues.

This becomes a huge issue when you realize the trickle-down effect the Network will have on all other WWE revenue streams. The way a typical WWE contract worked in the past was WRESTLER would be paid a downside guarantee then additional money would flow through whenever their likeness appeared on a DVD release or television broadcast and when they were featured on a particular pay-per-view.

These pay-per-view buyouts would come sometime after WWE had official buy numbers and wrestlers would get a payout based on the success of said pay-per-view.

Good deal for us fans, great deal in fact but not for WRESTLER. He or she was typically getting a percentage of the pay-per-view buys through traditional means (ordering through your remote from your cable provider) and for a much higher price tag, upwards of $60 for high-definition.

While WRESTLER will still receive that compensation, there’s no doubt in anyone’s mind that the buy numbers will fall tremendously. There’s no reason for them not too. With the Network, I pay $9.99 per month and I get the PPVs. Provided WWE and MLB Advanced Media provides a decent quality stream for every pay-per-view, the decision is simple on a purely financial level.

The issue for WRESTLER is that transfer of revenue from traditional PPV to WWE Network isn’t going into their pockets, at least not from the evidence we see in Stephanie’s booking contract.

Chris, Bleacher Report’s David Bixenspan and I aren’t the only ones bringing this issue up, the topic of pay-per-view payouts was a major talking point for CM Punk in his exclusive interview with MMAFighting.com’s Ariel Helwani. When asked how the Network will affect him, Punk responded with more questions than answers:

“I don’t know (how it will affect me), I’ll tell you when I get my PPV checks because I still don’t know what’s happening with that.”

Helwani asked him point blank if Punk expected to lose money in the deal:

“I don’t know… it’s considerably less money. It’s great if you’re a fan. For the boys, it’s just a question of… we don’t even know yet. PPV numbers do they go down because everyones watching on the Network. Does that reflect my pay, do I get paid less?”

This interview and Punk’s comments regarding the Network became a much larger talking point in the wrestling community when just a few days after its release, Punk legitimately walked out of WWE before an episode of WWE Raw.

Wrestling Observer’s Dave Meltzer and Bryan Alvarez discussed the payout as being a potential sore spot for Punk as did ProWrestling.Net’s Jason Powell:

Just thinking out loud, but I wonder if the uncertainty regarding PPV payoffs with WWE Network launching played some part in Punk going home

The future compensation was a talking point for a few brief days during the Punk fiasco, but since then it’s cooled off. But why? Why aren’t more wrestlers asking questions? Why aren’t more questions being asked of WWE, Vince McMahon and those in positions of power?

Why aren’t we talking about it? I’ll admit, even here at Voices of Wrestling, we’ve essentially brushed it off as a wait-and-see approach but the days and hours are ticking down, we’ve waited and after Monday, we’ll have to see.

This has larger ramifications than simply dollars on a wrestler’s check. The dynamic of future payouts stands to change the way professional wrestling operates as a TV and a live-event entity.

Most assume that wrestlers will be compensated handsomely when WWE signs a new TV rights agreement in the coming months. It makes sense, the PPV money goes away but TV rights go up. Here’s a percentage, thanks for your work.

We don’t know that though. As stated in Stephanie’s contract, WRESTLER is not entitled to a portion of the television rights fee. That could change once WWE sees a healthy increase, but this is all could’s, maybe’s, possibilities, there’s no clarity.

WWE recently retained Chris Bevilacqua, head of media advisory firm Bevilacqua Helfant Ventures, to negotiate its new TV rights deal. Bevilacqua has a strong history of making big money for his clients in this realm including multiple college football conferences and teams including Notre Dame and University of Miami. If Bevilacqua can work his magic and get the WWE a big increase it stands to reason wrestlers will see a large pay raise from it. We think.

Now we get into a whole new set of issues and questions. For one, professional wrestling changes as we know it. Incentives to buy the upcoming major show are gone, even though they may still be considered “large” the incentive isn’t there as it once was. You could argue the goal is to get as many people every month to stay subscribed to the Network via those big, important shows but with the built-in 6-month commitment and the multitude of other things offered on the Network (past PPVs, past shows, documentaries, original content) it’s not that black and white.

The old guard of professional wrestling has always been building intrigue to X. In the Jim Crockett Promotions days, X was the big show this weekend. You’d watch TV to hear Ric Flair tell you how badly he was going to beat whomever at The Omni this weekend. The goal was to get you to that show, to get you in the doors.

As pay-per-views grew in importance, the drive became to house shows but also to the big pay-per-view. When WCW’s Eric Bischoff and Vince McMahon both grew their PPV output to nearly once a month, TV focused around building to the end-of-the-month crescendo. We were treated to the Jim Ross hard sell “These two men will do battle THIS SUNDAY ON PAY-PER-VIEW.”

Regardless of the medium, the goal was to get you to pay to watch X, be it live or through PPV.

If WWE switches to a model that pays WRESTLER a flat-rate based off their TV rights contracts, wrestling as we know it, how shows are built, what shows are built, what they lead to, etc. is flipped on its face. Now, WRESTLER is guaranteed a percentage but gets no benefits with regards to how well a show he performs on does. Is there an inherent value in forcing wrestlers into incentive-based contracts? I’m not sure.

Many believe guaranteed contracts in WCW led to decreased effort, attendance and workrate of some of their biggest stars including Hulk Hogan, Scott Hall and Kevin Nash. Does something similar happen in WWE? Does WWE hold all the leverage here because there isn’t another game in town. If you want to make money in professional wrestling, you either have to hope you’re a draw in New Japan Pro Wrestling or you’re stuck in WWE.

If shows, television and the company operates different what becomes more important? Is television now the central focus? Do “pay-per-views” build to the next episode of Raw which they hope gets tremendous ratings so advertisers buy ads throughout the program? Does everything remain largely the same despite pay being completely different?

Don’t forget DVD sales are also affected by the Network and every time a DVD is sold, whomever appears on that DVD receives a chunk of the profit. It remains to be seen if everytime someone watches, say, Extreme Rules 2011, that everyone on the card is going to get a royalty check.

I don’t know, I really don’t. Nobody knows at this point and that’s where the intrigue comes. We’re just a few days away from major professional wrestling changing as we know it and I’m not sure you or I are asking the right questions or giving it enough thought.