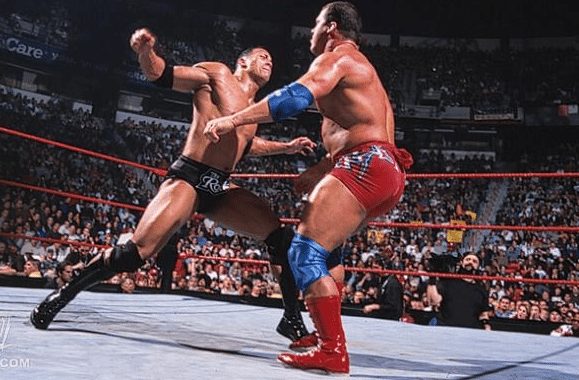 This week’s episode kicks off with talk of the late Nelson Frazier, perhaps better known as Mabel, or Viscera, or Big Daddy V. We then talk about where the WWE’s new cable home may be. After that, it’s Raw talk, Daniel Bryan, Wyatt/Shield, John Cena/Cesaro, Emma, NXT Arrival, and Titus O’Neil.

After the break, it’s a rather polarizing show in No Way Out 2001. We talk about indulgence in wrestling, when it’s acceptable and when it’s not, as well as violence against women, run-ins, Triple H vs. Stone Cold Steve Austin, Kurt Angle vs. The Rock, and matches that felt rushed or took forever.

We name our MVP and LVP, and have a first in Off The Top Rope history, before revealing which show we’re watching next week, Beach Blast 1992!