Rey Mysterio and The Rhodes Brothers vs. The Wyatt Family

Oh look, a flashback to when Randy Orton was actually a bad-ass.

Sheamus and Christian vs. The Real Americans


I don’t like Cena, but I do like his neon green swag. Cena trying to bring added meaning to his match tonight is a nice touch. It didn’t work, but it was a nice touch.

So they are using YouTube videos to hype up Batista now?


That was a fun WWE Network promotion and the free week offer is pretty cool.


Ryback and Curtis Axel vs. The Usos

John Cena granted his 400th Make-A-Wish today, that right there says it all!

Daniel Bryan and Kane mixing it up was a nice touch.

Tonight’s RAW was a big step up from last weeks lackluster show. Although the Cena/Orton main event didn’t deliver the way that last week’s Orton/Bryan match did, the show overall was much better.

Highlights of the night have to include the tag team match between Sheamus/Christian and The Real Americans. Cesaro is very over with the fans for someone that is supposed to be a heel. Aside from the Cesaro pops, the match was entertaining and the crowd was into it the entire way. Other highlights from tonight were the showdown between The Shield and The Wyatt’s, Batista putting Del Rio through a table and Lita being inducted in the WWE Hall of Fame. It should also be noted that The Usos are looking great in the tag division and might be in line for a tag title shot.

Betty White was a low-light simply because she didn’t do much aside from her skit with the Outlaws. The return of Mark Henry was also a bit of a dud given his loss to Dean Ambrose and the fact that he didn’t look that great in the ring. Dolph Ziggler jobbing to Del Rio was a shame. The show also contained a lame Divas match and another confusing interruption by The Miz.

The main event was a sound match but we have seen it so many times. The crowd got into it at the end with all of the near falls. Orton losing in the main event on RAW two weeks in a row is a bit damaging if you ask me. RAW closing with Cena celebrating was of course boring. 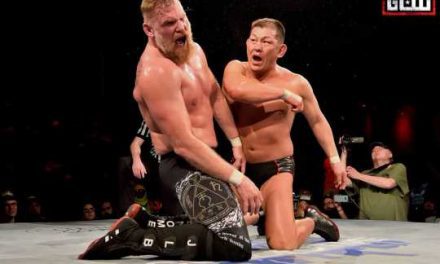 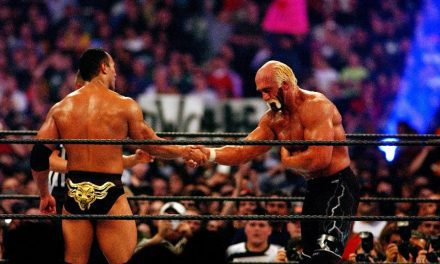 Thankful: Five Matches That Shaped Me