As we all should now be aware, CM Punk left World Wrestling Entertainment last week. Although full details and circumstances are still not confirmed, the one thing we do know is that for the time being, he is gone. Following his departure, it was reported that at the next taping of NXT fans hijacked the show with chants for the “Voice of the Voiceless.”

Heading into last night’s Monday Night RAW most people expected much of the same. During RAW the chants for Punk came and went almost a dozen different times, but they by no means took over the broadcast.

Well, it would appear that there is a reason the chants didn’t become out of hand. Multiple people are reporting via Twitter that they were escorted out of the building in Omaha last night for CM Punk related chants.

Wow just got kicked out of the centurylink center with about 40 other ppl 4 chanting cm punk!!!! I saw ppl get tossed earlier too #cmpunk

OMG I just got kicked out of #RAW for chanting for @CMPunk! WTF @WWE?!?!?! I BOUGHT A TICKET! #WeWantPunk!

Kicked out of raw for chanting for @CMPunk. What happened to freedom of speech? #saveuscmpunk

Oh and then there was this …

WWE has every right to toss fans for being rowdy or interrupting their PG environment. However, things get a bit crazy when they are throwing people out for certain chants about people they don’t want to be referenced on live TV. In essence, you can chant things like “boring,” “This match sucks,” “Cena Sucks,” “Goldberg,” “Holy Shit,” and a throwback like “Shane’s a pussyy” and “Vince loves cock.” Then if fans want to chant for someone who just quit like a CM Punk, they are asked to leave?

I guess it’s true what they say; anything really can happen live on Monday Night Raw!

Editor’s Note: Mike Johnson of PWInsider.com is claiming the rumor of fans being removed from Raw is false:

In regard to reports that fans were ejected from Raw last night in Omaha for chanting for CM Punk, both readers who were in attendance and WWE sources have confirmed that story is 100% false. It appears the story started on Twitter and was picked up as if it was legitimate, but there was no basis in that claim. We usually don’t remark on unfounded rumors, but given the amount of email we’ve received this morning, we wanted to make it clear that WWE did no such thing. 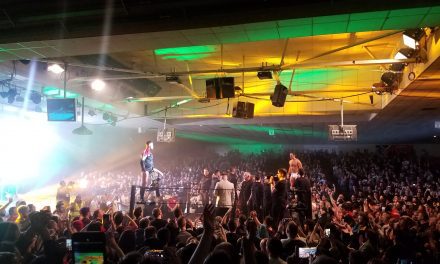 Following the Feud: Starr versus Devlin 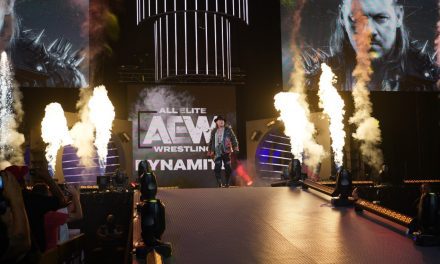