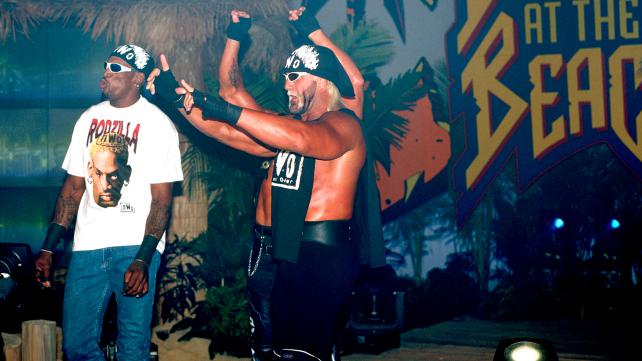 The train keeps on rolling.  If you’re just joining us, be sure to check out part one, two and three.

So far, we’ve been dissecting what we can learn from the the star ratings awarded to 280+ WWF PPVs. But it’s time to spice things up and let our data dataset grow! So, now we’ve added 110 WCW/JCP PPVs along with 35 Clash of the Champions television specials as well as 22 SNME/The Main Event (WWF) television specials.  In total, this now covers about 450 professional wrestling events from 1985-2013.

The first question that one wonders is how do the two companies stack up year-by-year:

The red (WWF) and blue (WCW) columns at the bottom represent the number of matches included. As you see, WCW (really JCP) was quite light in 1986/1987, so I would take those two WCW datapoints with a serious grain of salt.

Here’s that same data sliced a little differently.  Here the fiscal year has been adjusted so it ends with WWF’s Wrestlemania event.

Looking at the WWF versus WCW dynamic, there’s a comparable number of matches between 1988-2000 or WM5 to WM17. Interestingly, this splits the war into two pieces.

Oddly enough, that also roughly aligns when the Hulkster jumping ship! That leads me to an interesting query — does employing Hulk Hogan to wrestle actually tank the quality of the show?

More to come in installment five! 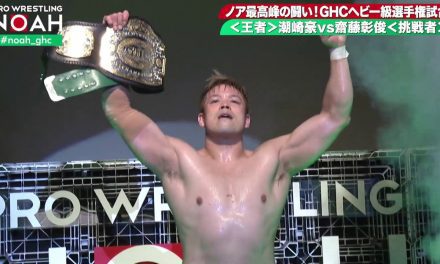 “I Am NOAH”: My Retrospective Watching Go Shiozaki’s 2020 Title Reign