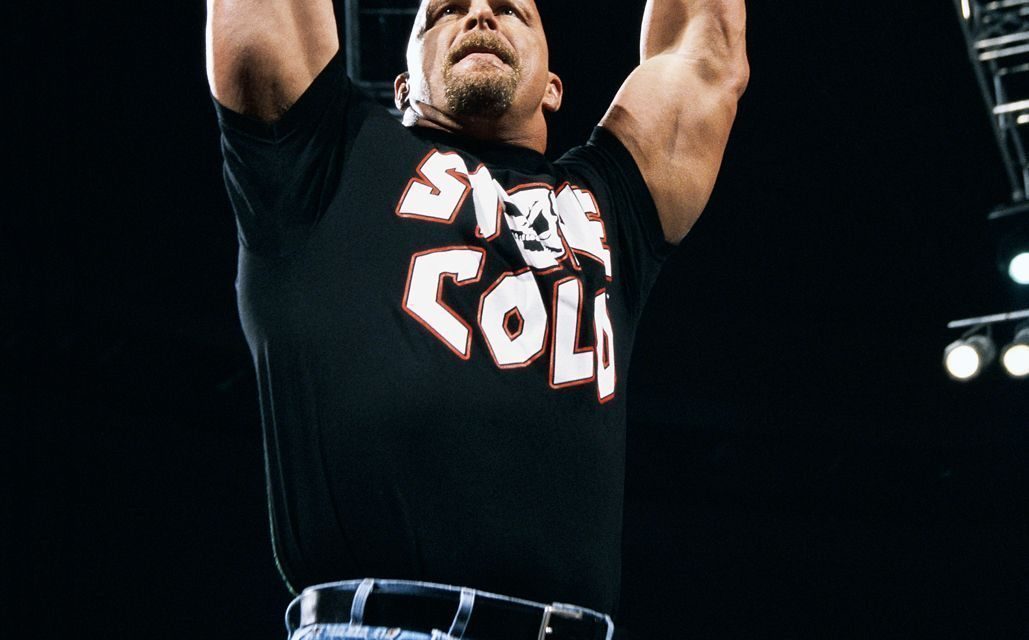 This got me thinking about a previous time when this occurred. When a WWE superstar felt he wasn’t being featured enough or wasn’t happy with the creative surrounding his character so he took his ball and went home.

Of course, I’m talking about “Stone Cold” Steve Austin’s famous walkout in 2002. When researching his walkout, I began to realize just how similar Punk and Austin’s situations were. The parallels are so eerie you’d almost think — IT’S A WORK! (Hint: it’s not). But seriously, it’s remarkable to see how close the situations are.

I won’t go into further details with regards to Punk, if you want more detail look literally anywhere else on the web. You should be able to find it with ease. Let’s instead flashback to 2002, specifically the 2002 Royal Rumble.

Fresh off the insanity that was the WWF vs. Alliance (WCW/ECW) InVasion, Austin was back to being one of the WWE’s top babyfaces. He spent much of 2001 was a heel doing a few jumps back and forth at the beginning of the InVasion but eventually becoming the top heel and leader of the WCW/ECW Alliance. I want to go into a rant about the InVasion, but I’ll show some restraint.

Austin found himself back in the babyface role almost by virtue once The Alliance was cast aside for good. It was the best idea for Austin, his heel stuff was entertaining but Austin is and always should be a babyface. Once you climb to the top of the mountain as he did, the way he did, it never made sense for him to suddenly become a chicken-shit heel. I said I wasn’t going to do it…

To the Rumble! Triple H returned, almost a year after tearing his quad during an infamous Raw is War main event featuring The Two-Man Power Trip (Austin & HHH) versus the suddenly-pushed Chris Jericho and Chris Benoit. It’s one of the best Raw matches ever and if you haven’t seen it, do yourself a favor and check it out.

HHH’s long-awaited return came with huge fanfare and he was immediately thrust back into the main event, winning the Royal Rumble in impressive fashion. Austin was eliminated by Kurt Angle, but ran back into the ring immediately after hitting the floor and smacked all three remaining Rumble participants (HHH, Angle and Mr. Perfect!) to get his heat back. The crowd is still super into Austin, it was during this match that I feel Austin had reached his zenith. This was the highest he would ever be again.

A few days after the Rumble, Austin defeated Angle on Raw to earn a title shot at Chris Jericho and his WWE Undisputed Championship at No Way Out 2002. During the next few weeks, Vince McMahon and the WWE made history — signing Hulk Hogan, Scott Hall and Kevin Nash and bringing them in to re-form the New World Order.

Austin had issues from the get-go. He made it well known that he was not a fan of Hogan’s return and rumors spread that he refused to lose to Hogan if McMahon were to book the two in a match at WrestleMania 18 (sorry, X8). Obviously, that Hogan match went to The Rock and the rest is history. The two had a historic moment and it launched Hogan’s return to Red and Yellow as a top babyface in WWE.

Much like Punk, immediately upon signing the NWO, Austin felt relegated to the background. His WrestleMania match against Hall was meaningless and wasn’t featured in any prominent light. It may have been naive for Austin to think he was destined for the main event, especially after at the top of the WrestleMania card for much of the last five years but still. He wasn’t even second or third fiddle at WrestleMania X8.

Austin no-showed the next night on Raw which was made public as both Ric Flair and McMahon cut promos alluded to Austin not showing up to work tonight. It was certainly strange at the time and much like today, people questioned if it was a work.

Stone Cold returned on April 1, the first Raw of the brand extension era and quickly saw himself feuding with The Undertaker. At April’s Backlash, the two squared off in a number one contenders match for the WWE Undisputed Championship (which would be won that night by none other than Hogan).

Austin lost the number one contenders match, got turned on by Big Show (heel turn #567 at this point) and Flair, resulting in Austin defeating Show and Flair in a handicap match at Judgment Day. I have no recollection of this period, like, at all. Just reviewing it in writing, it’s fascinating how far Austin had fallen in just a few short months.

On an episode of WWE’s online talk show Byte This, Austin went on a total rant about his displeasure with WWE’s creative and how unhappy he was at the time:

McMahon recorded a follow-up the next week claiming Austin was “the most demanding of anyone I’ve ever worked with… sometimes rightfully so” and that he was unhappy at the time and they had to do a better job of positioning him. The bloom was off the rose though, there wasn’t much WWE could do to get Austin back.

Brock Lesnar had gained steam in recent months and WWE booked Austin to lose to Lesnar on an episode of Raw leading up to the King of the Ring. And that was it. Austin walked out of the company once again. Austin explained in later interviews that hot-shotting Lesanr would have made sense and that the young upstart needed a bigger platform for a win against someone of Austin’s magnatude. Totally plausible and totally rational, but still, sometimes you have to suck it up and do what creative tells you. Austin, at that point in his career, didn’t care. He walked out, returned for one last Raw in June and then no-showed the next week’s episode of Raw.

McMahon goes into great detail about this walkout on an episode of the painfully underrated WWE show Confidential:

“Austin for whatever reason, was hell bent on not showing up, he got on the plane and went home. He took his ball and went home. And obviously, I’m pissed off”

It’s amazing to watch this episode today, because, again like today, it all seems like a work. Why would they have so much vitriol for Austin if there wasn’t a payoff somewhere? There wasn’t. Austin was gone for good.

That night on Raw, McMahon went on screen, toasted Austin’s career and thanked him for all of his hard work despite being extremely frustrated with how he left. The Rock even made an appearance on this Raw, discussing his frustrations with Austin walking out and leaving the fans high and dry.

This was all so obvious, it was definitely building up to an angle, right? They have to be working us fans, Stone Cold can’t actually be gone, they are talking about him every single week, McMahon is publicly berating him. McMahon is cutting a promo on him, talking about things behind the curtain, this has to be a work! It wasn’t. The company removed Austin from their website, removed his merchandise from ShopZone and never made another mention of Austin. It looked like the end of Austin in WWE which would have been a tremendous disappointment as he is without a shadow of a doubt on the Mt. Rushmore of WWE superstars. It was on the heels of his mainstream popularity that the WWE went from borrowing millions of dollars on their death bed to becoming a publicly-traded company. WWE has in recent years downplayed Austin’s impact on the business but it shouldn’t be ignored. Our very own Chris Harrington calculated Steve Austin as the 2nd best Wrestling Observer Hall of Famer ahead of legends like The Rock, Kenta Kobashi, Hulk Hogan and Mitsuharu Misawa.

As you likely know, Austin returns in early 2003 for another run with the company. He faced off against Eric Bischoff at No Way Out 2003 and battled The Rock for the final time at WrestleMania X9. Unbeknownst to just about anyone, this would be Austin’s final match. He didn’t tell anyone but his closest friends in the industry but the next night on Raw, he officially announced that he would be moving into a non-wrestler role. He would assume the role of Co-General Manager with Bischoff through much of the year and then make sporadic appearances over the next few years.

Let’s review: a once top WWE star felt slighted by a few stars of yesteryear coming into the company and taking spots guys worked for, he was burnt out from years on the road and a multitude of injuries piled up causing him to eventually blow up and walk out of the company just a few hours before a live episode of Raw.

It’s amazing how closely these two align and that may cause more rumblings about it being a work, especially given Punk’s “mark” love of Austin but I think it’s a total coincidence. You could go deeper and call it more of a pattern of WWE’s treatment of their current stars and their desire to consistently bring in part-time stars for the biggest event of the year. Either way, I thought it would be a fun trip down memory lane to look at the last time a superstar of Punk’s caliber took his ball and went home, I just didn’t anticipate they’d be so closely aligned.