January 26, 2014. Pittsburgh, Pennsylvania. Unless you’ve been living under a rock or chose to willingly ignore World Wrestling Entertainment, Twitter and, well, pretty much the entire internet you’re likely aware of what occurred, or rather, what didn’t occur last night at WWE’s Royal Rumble 2014.

Daniel Bryan was defeated in the opening match of the card in a very good match, one of his best in recent memory. No big deal though, it built up a younger up and comer in Bray Wyatt, it’s all good. 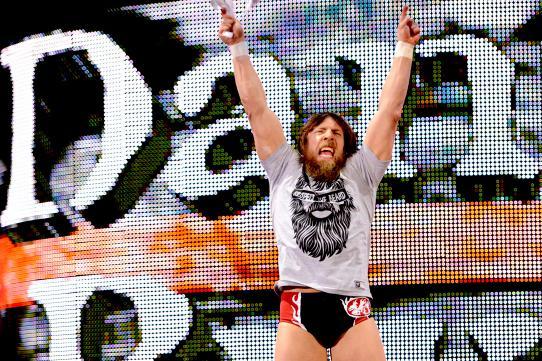 What wasn’t good was Bryan not being a member of the traditional Royal Rumble elimination match. He wasn’t announced, but given the result earlier in the night, fans both live at the arena and all across the world, assumed he would make an appearance. After all, he had a summer of torment at the hands of “The Authority”, he was screwed out of multiple WWE Championship victories and what better way to being his meteoric rise to the top than to be a surprise entrant of the Rumble, win the whole damn thing and “YES” his way to the main event at WrestleMania.

It didn’t happen. Bryan never came out. When it was becoming obvious to the fans he wasn’t coming out, they turned on the match booing each subsequent entry, chanting “YES!” or generally sitting on their hands (the worst reaction possible).

This wasn’t the first occurrence last night of fans turning on a match. The earlier WWE Title main event between John Cena and Randy Orton received the same treatment. Chants of “Randy Savage”, “We Want Divas”, “Boring”, “This Is Awful” thundered through the Consol Energy Center. The Pittsburgh crowd made it very well known they weren’t into this match and nothing these two guys did was going to get them into it. It was a protest. A call to action from the 15,000+ in Pittsburgh.

This is significant for a number of reasons. First off, no, this isn’t unique to Pittsburgh. This type of reaction has become increasingly common in today’s WWE, we’ll discuss that more later, but it’s not that rare. What is rare is that it didn’t take place in bizarro-world Toronto, Ontario. Or typically smarky villages like Chicago, Illinois or New York, New York. This was Pittsburgh. A town certainly not known for their vocal, smarky fanbase.

Which makes me wonder — has smark finally gone mainstream?

In my mind, yes it has and it’s the WWE’s fault. Not because of this current storyline, I think the rise of Bryan has a lot to do with it but WWE has created this type of atmosphere, really, we all have. This is the social media world we live in today. We live in a society where people are more comfortable freely giving their opinion on something, even if it is negative and even if it goes against the grain.

Twitter, Yelp, Facebook, FourSquare — these mediums exist for people to give their thoughts on something. Gone are the days of brands, stores or restaurants going about their way and simply saying, “Hey, if you don’t like it, don’t come.” That mantra makes far more sense, but the consuming public seems more apt to complain about something if it’s not the way they want. “They didn’t cook my steak properly” “They don’t give Daniel Bryan a fair shot.” It’s all the same really. It’s smark painted with a different brush, smark is just the buzzword for wrestling fans.

WWE constantly pushes social media, social interaction and promotes the thoughts and opinions of the WWE Universe (or makes them up for their social media scrolls). Regardless, they promote the idea that they want you to speak your mind and say your piece. They would just prefer it fall in line with their message and narrative. It’s apart of WWE embracing our current social media society, it’s the right thing to do. But last night, those reactions, the outrage going on right now on all circles both internet and offline, are the consequences. WWE has created a generation of mainstream wrestling fans with easy access to old matches, matches beyond the WWE bubble and platforms to speak their mind. They’ve also cultivated groups of like-minded individuals to get together and discuss, opine and react on a stage the likes of which we’ve never seen before. We’re far beyond the message board warriors stage of wrestling fandom, as I said at the top of this piece — smark has gone mainstream.

Bryan is the perfect catalyst for this new breed of fans. He’s accessible, seems like a genuinely nice guy and isn’t a larger than life character, he’s the perfect poster child for what this social media society embraces. He’s down to earth, hell, he may even reply to your tweet without having to link you to something he’s trying to sell or corporate speak.

Just like “Stone Cold” Steve Austin was the poster child for a new rebellious, we aren’t going to take shit society in the late 90s, Daniel Bryan represents much of the current struggle in America and the world abroad. More than that, we know his background, it’s not hard to do a two-second Google search and see his old matches and see where he came from and identify with his struggle of getting noticed and getting that big pay day.

Bryan represents a lot of us who bust our ass for a job everyday and never seem to get ahead while the generation before us reaps their student loan-less benefits. They got a job right out of college, they just stepped right into the working world and I’m knee-deep in student loan debt, working a dead-end job and barely getting by. Bryan’s struggle is very identifiable to a large segment of the audience. That’s a part of the puzzle creating this reaction.

I’m not really complaining, I’ve long stopped caring about WWE’s decision-making. VOW co-czar Joe Lanza long ago told me to stop caring because they aren’t booking for you. That was the best advice anyone could have given me. I also run this website, so for me, it’s a business. I don’t get emotionally invested in it as I once did, again, it’s been great.

The fact of the matter is, Bryan isn’t considered best for business. I hate to use the buzzword but that’s the thought at WWE HQ. He doesn’t draw ratings, he doesn’t draw house show numbers, he doesn’t move merchandise. Look, I agree as many do that it’s a self-fulfilling prophecy, but I don’t want to get into that now.

The fact is, they (WWE) aren’t ready to give Bryan the push many fans want. 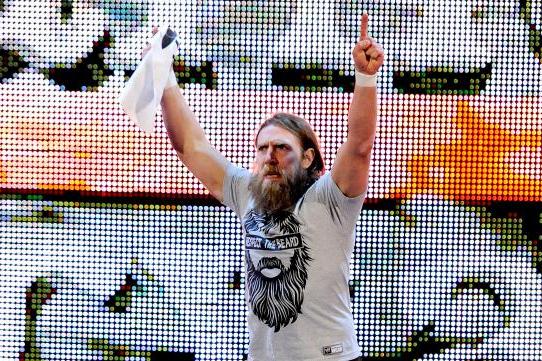 This decision-making puts WWE at a major crossroads. Who is their audience? Who are they looking to please?

The easy answer is the investors, given that they are a publicly traded company and yeah, that’s the best answer. That’s what has caused this issue to boil over. Bryan is not making them a tangible amount of money. Yet, at the same time, fans argue you haven’t given us a chance to speak with our money. What the hell do you do?

I wish I had an answer, but there’s a reason I run a wrestling website that doesn’t make any money and they run a billion-dollar entertainment company. That’s their problem to figure out. I’m just fascinated on how they are going to approach it.

What we saw last night may become the new standard. Pittsburgh isn’t a post-WrestleMania “Smarkamania” crowd, it’s not Chicago, it’s not Toronto and it’s not Bryan’s hometown of Seattle, it’s just… Pittsburgh. If they reacted with such vitriol, I can’t even fathom the type of reactions they’ll receive in the more “smarky” towns. Pittsburg may have set a standard to be followed by subsequent crowds. Hell, it’s fun to be mad as hell and say you aren’t going to take it anymore. The vocal minority is now the vocal majority, you don’t want to be left out.

This begs the question — should WWE care? Should they just continue to work around these fans and try to beat it out of them? I’d argue they’ve been trying to do that for a few months and all it’s done is make them more and more vocal.

In year’s past, these fans would just go away and come back when the product resonated with them again, but as mentioned, in today’s social media world, we are more apt to continue going to the restaurant and giving them bad reviews. “No, YOU give me what I want… Businesses work for us now, not the other way around!”

WWE has never experienced something like that. They have largely lived off spoon-feeding their fanbase whatever they wanted. There are examples from time-to-time of fans reacting against this, but more times than not, they fall right back into line. Not anymore.

This leads me to another thought — is this exactly what WWE wants? Did they just stumble into a social media society gold-mine where fans simply won’t switch to alternatives because it is too much fun to boo guys and take over the show whenever you’re there live?

I don’t know. I really don’t. Sorry if you were expecting a “THIS IS WHAT WWE NEEDS TO DO”-type article here. For one, it doesn’t matter because they really couldn’t care less what I think and also, I’m fascinated by this. Absolutely fascinated by the crossroads, the fans vs. product, wrestlers vs. fans, fans vs. certain wrestlers-dynamic.

I don’t think we’ve ever been in a prolonged period like this, so while it may be frustrating to some, I’m enjoying the hell out of the ride. 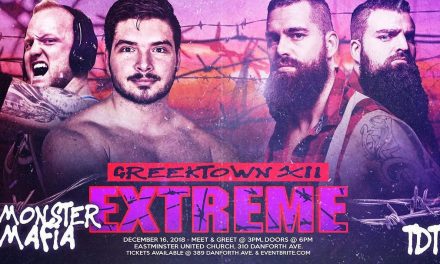 This Week in Independent Wrestling (December 10-16)