Instead, the IWGP Heavyweight Championship match pitting current-champion Okada against G1 Climax winner and rising star Tetsuya Naito will go on second to last. This decision was made via a NJPW-endorsed fan vote, a reaction to the lukewarm sections Naito has received during NJPW live events.

For more detailed previews and our predictions for each match, listen to our Wrestle Kingdom 8 preview podcast at https://www.voicesofwrestling.com/2013/12/26/njpw-wrestle-kingdom-8-preview/

There are a number of ways to order Wrestle Kingdom 8. Please make sure you’re ordering the correct feed! NJPW recently re-branded their ustream pages so the /njpw page we often linked to will no longer provide Japanese commentary, that has been transitioned to Spanish commentary. A new link /njpwjp has been created to house the Japanese commentary and there will be no English commentary for this particular event.

Immediately following the event, our very own Joe Lanza will have a detailed review and recap of the event including star ratings for each and every match. 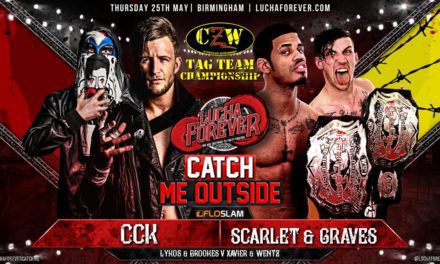