Japan’s version of “WrestleMania” kicks off live from Tokyo, Japan’s Tokyo Dome at 17:00 JST, 3:00 a.m. EST and 2:00 a.m. CST for our stateside viewers, and features a card with all the makings of a Major Show of the Year contender.

Perhaps controversially, Wrestle Kingdom 8 is headlined by Shinsuke Nakamura defending his IWGP Intercontentional Championship against recently-inducted Wrestling Observer Hall of Famer Hiroshi Tanahashi. Nakamura and Tanahashi are no strangers to January 4 Tokyo Dome main events, the two battled in the main event of Toukon Festival: Wrestling World 2005 for the U-30 Championship in addition to their IWGP Heavyweight Championship showdown at 2008’s Wrestle Kingdom II.

Both men have dominated the January 4 main event scene in recent years with Tanahashi headlining six of the last 10 Dome shows including the three previous shows against Satoshi Kojima,  Minoru Suzuki and Kazuchika Okada, respectively.

Nakamura has headlined five of the last 10, but has not had top billing since 2010 when he defended the IWGP Heavyweight Championship against Yoshihiro Takayama at Wrestle Kingdom IV.

This main event is interesting for a number of reasons beyond the competitors, it also marks the first time since 2007’s Wrestle Kingdom 1 that the IWGP Heavyweight Championship will not go on last. 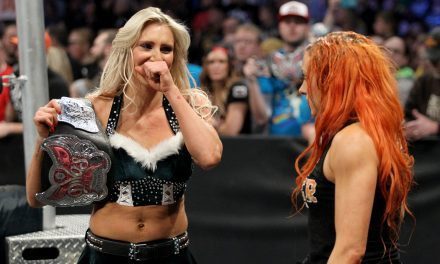