179,000 is the total number of buys for Survivor Series 2013 as reported by the Wrestling Observer’s Dave Meltzer in a news update yesterday.

This is interesting for a few reasons. For one, it’s bad, even by Survivor Series standards. Some weeks back, I detailed the buy patterns of recent Survivor Series PPVs and pondered its place as a “Big 4” WWE PPV. After this number, I think it’s safe to assume the concept and the pay-per-view itself is dead as far as consideration as a “Big 4”.

As a frame of reference here’s what the last three Survivor Series’ did:

Yeah, 179,000 isn’t good. What’s equally important about that figure is who drew that figure and who was in the main event. This summer has been littered with discussions about Daniel Bryan’s push to the top of WWE and his relative lack of success as a draw for SummerSlam and the PPVs following. The narrative is that Bryan is being de-valued now as a result of drawing poorly.

Fair enough, SummerSlam, Battleground and Night of Champions didn’t draw well with Bryan as one of the focal points but I wonder if enough attention is being given to the other focus on those shows — Randy Orton.

That’s why Survivor Series is of particular interest. Bryan was already de-valued going into the November PPV, this was Orton against Big Show but more importantly, Orton away from Bryan.

The result? Much of the same, a poor draw. This begs the question, for all the wrangling about Bryan’s relative lack of selling ability, is Orton the real problem here?

I decided to look back at the drawing power of Orton since his historic WWE Championship win at SummerSlam 2004 against Chris Benoit. What I did for this study is highlighted every PPV in which Orton was a clear main eventer and a clear singular focus. This eliminates four-way matches, six-pack challenges and handicaps.

I’ve also left out Orton’s 2010-2011 run as World Heavyweight Champion defending the then-Smackdown brand title against the likes of Christian. Anyone watching at the time will tell you these were not no focus at any point. They were typically mid-card matches, some even PPV openers. You can argue with me about their drawing ability if you want, I decided to leave them out. You won’t convince me the World Heavyweight Title during this period was influencing a majority of the PPV buying audience.

What I plotted what we’ll call “Orton Average” against will be called “Non-Orton Average” and is essentially what every PPV where Orton wasn’t the headliner did buy-wise. For the purpose of this study, I eliminated WrestleMania, Royal Rumble and SummerSlam. Most years, these shows draw on their own merit and tend to skew the data in directions it doesn’t need to go for this study. Again, you can argue Orton drew a particular good WrestleMania buy and that should be included (he didn’t, by the way) but I just think we’re better served eliminating those outliers.

2005 is a bit deceiving as Orton had only one truly main event match that year, at Armageddon 2005 in a Hell in a Cell match against “Mr. HIAC” The Undertaker. You could easily argue that regardless of opponent, The Undertaker is the draw there. I wouldn’t argue with you, but it needed to be in this study regardless.

We see Orton return to the main event in late 2007 starting with Unforgiven 2007 all the way through Armageddon 2007. He drew quite well during this period alongside John Cena, his main rival at the time. A few of these shows also featured Batista vs. The Undertaker and a triple-threat with Edge vs. Undertaker vs. Batista, but again, by definition, especially with the brand-split, Orton was a focal point. These were mostly Smackdown feuds so on the Raw side, Orton and his opponent (mostly Cena in this period) are the draws.

2008 was another good year for Orton’s drawing power starting the year against Cena and feuding with Triple H during the late Spring/Summer. No Way Out 2008 sticks out as the largest draw of the lot, this event featured two Elimination Chamber matches both on the Raw side and Smackdown side, but again featured a well publicized, Cena/Orton matchup. A Triple H/Orton Cage match popped a big number (252,000) for Judgment Day 2008.

Now, here’s where the problems start. 2009 is the first year we see Orton underdrawing his competition. The year is highlighted by Orton main eventing The Bash against Triple H and Breaking Point in an “I Quit” match against… Cena. Breaking Point was a horrendous idea for a PPV (submission match main events) but I think more than that for Orton, people had just gotten really damn sick of him facing Cena and Triple H. He had feuded with Triple H going back to 2004. Cena and Orton battled for almost an entire year on PPV, by the time 2009 came around, people couldn’t possibly care for another matchup, especially in a poorly-themed PPV.

WWE sensed this because it wasn’t until October 2010 that Orton got another chance near the top of the card, unfortunately it was against Wade Barrett, then leader of the Nexus stable. Their first match at Bragging Rights 2010 did horrendous numbers (137,000), a low-point for the year.

Orton and Barrett recovered slightly for Survivor Series 2010 in a match with Cena as the special guest referee. If you remember this was the angle when Cena was forced to join Nexus, if Barrett wins the championship, Cena would be freed from The Nexus. If Orton won, Cena would be fired from WWE. Orton won and Cena never returned to WWE again…. until the next night of course, a night notable for The Miz’s Money in the Bank cash-in, Angry Miz girl and the plummeting of Orton’s stock.

Orton returned to prominence this summer as the hired gun of The Authority and Triple H. Voices of Wrestling’s own Joe Lanza and I have argued that Orton is a figurehead for the larger Authority storyline but I still think it’s worthwhile to look at him as a draw this year. What’s interesting is we can cut this year in half, pre-Summerslam and post-Summerslam and see how he’s done.

There has been some changes in the way WWE promotes PPVs and I think most of us would argue the latter-half of 2013 has featured some horrendously built PPVs and the numbers reflect that. However, the numbers do also reflect that Randy Orton is just not a PPV draw anymore.

From 2004-2008, people were genuinely interested in Orton as a draw, regardless of opponent.  Around 2009, the fans stopped buying in. As mentioned, I think a huge part of that is fatigue in seeing Orton battle Cena and Triple H. I also think, overall, people have bored of Orton. He’s went through minor character changes during that time, but he’s been the same basic character, “The Viper”, the slow, brooding bald Orton has essentially all we’ve had during that period. Contrast that to babyface Orton standing up to Evolution, evolving into the pompous legend killer Orton, Legacy Orton and the first incarnation of crazy/insane/Stephanie McMahon RKO’ing Orton that actually saw him and Triple H draw quite well.

Since that time though, it’s been much of the same. He had a brief babyface run but he toiled on Smackdown or on the Raw undercard through much of that time. This current run? Yawn. It’s not good or bad, it’s just sort of… there. I believe that’s the biggest issue with Orton, people just see him as… there.

There was much debate after SummerSlam about Bryan’s drawing power, but this was his first real run at the top of the card. It didn’t do well, sure, but there’s hope he’ll get another chance. Most guys don’t get one run (sorry Dolph Ziggler), WWE likes to yank the rug to challenge you and give it back, we’ll see if they do that with Bryan. What has become clear in the post-Bryan main event run is that Bryan may not have been the issue. It may be the PPV buying audience, but the first half of the year doesn’t reflect that. It could be the general lack of consistently good build to PPVs, I won’t argue there. 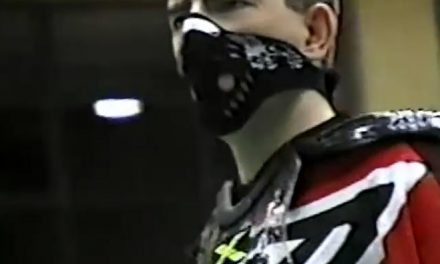