WWE has presented annually at this conference since at least 2006. (And previous to that, they made appearances at other related conferences such as the UBS Warburg Media Week Conference more than a decade ago. Linda McMahon often presented at these events prior to Barrios’ arrival in 2008 replacing veteran WWE employee and then-CFO Frank Serpe).

While Barrios’ presentation hasn’t yet been posted on the WWE Corporate website, a replay should be available soon. Luckily, Stock Market Analysis Website Seeking Alpha does have a transcript from the event available: http://seekingalpha.com/article/1890451-world-wrestling-entertainments-management-presents-at-ubs-41st-annual-global-media-and-communications-conference-transcript?part=single

(As you read the transcript, one acronym you’ll be seeing a lot is “MVPDs”. That stands for “Multichannel Video Programming Distributor” which is just shorthand for the systems that deliver subscription television programming – namely various cable television systems and satellite providers.)

With Vince McMahon’s looming January 8 announcement at CES, everyone is hungry for solid details amongst the rumormill.

Yet, unidentified analyst #2 probably put it best when they noted, “we know you are not in a position to announce anything today despite the swirl of rumors in the press.” So while there are some interesting quotes from the conference, I don’t think there’s anything groundbreaking being announced except the acknowledgement about different costs between “over-the-top” and traditional distribution.

Their Priorities are (and this is interesting to see Network leapfrog TV Contracts in this list):

1. Regarding the WWE Network

“The network for us is taking those ala-carte pay-per-views, bundling them together, using our live range, our production capacity to program around those pay-per-views 24×7 linear as well as a large VOD component. Home entertainment library, previous pay-per-views, everything our fan is always clamoring about, all in one place. So that most valuable content that today costs $600 or $700 at retail, more linear content and VOD packages at somewhere between $10 and $15, we’ve done a lot of research.”

They are admitting that for 3 hours of content, $45 to $65 is “pretty expensive”. And also that while they’re working with the distributors (MVPDs in their jargon) to “transform the pay-per-view business together”, it’s “been a bit of a slog”. Translation: Cable & Satellite Operators aren’t interested in giving up 50% split on high-dollar PPVs (even at the low domestic consumption rates for non-Wrestlemania events) in exchange for piece of a much cheaper new Premium Channel with more viewers. (We did the math in yesterday’s blog.)

There’s a lot of talk about “consumption of long form video over-the-top” that “we all have Netflix to thank for this.” He’s talking about using internet and cellular networks to deliver movies and television shows directly to us.

How do people watch streaming services?

I also want to emphasize that Barrios invoked Netflix’s name in regards to the growing trend of watching streaming content — not because the WWE was discussing launching their Network as a Netflix tier. He was crediting them with doing the work involved with “creating the environment and the consumption habit to watch long form video-over-the-top.”

Barrios does specifically note that two years ago they didn’t believe it was viable to build a network that would only be delivered “over-the-top” (i.e. online only/not as a basic or Premium channel). Now, they believe that it’s possible.

However, Barrios insists that, “We continue to work with the MVPDs, see if we can knockout a deal in traditional distribution.” In other words, WWE is still holding out hope and supposedly it’s not a completely dead deal that you won’t see a WWE Network available for subscription from your local cable company or satellite operator. Why is that? Simply put, they’re still not sure they can get there. While “pricing is different, splits are different, costs are different … about a million subscribers (is) break-even with your pay-per-view cannibalization”.

Regarding the difference between an over-the-top network (online-only) and traditional Premium channel, Barrios did call out:

“If you go over-the-top you have significantly more costs, you have to do things like CDN costs, credit card fees, customer service.”

Normally, these costs (bandwidth for VOD delivery, customer service, billing) are being handled by the MVPDs. In the alternative model, WWE would need to take these on (or more likely subcontract responsibility to another service such as MLB Advanced Media.)

All four agreements (Raw on USA, Smackdown on SyFy, SkyB in UK and Taj TV in India) will begin by January 2015 and they believe they’ll have their domestic agreements done by April 2014 (which is the same dates and same confidence they projected about 45 days ago at the 3rd Quarter Conference Call). Altogether, these four deals would represent about $100 million of their $140 million in “media licensing revenues”. They do acknowledge that the NBA deal is still coming up but insist that since most of the other major live sports content have already been “signed up for the long term”, WWE must be the real opportunity left out there.

While WWE has “220 million social media followers” they also admit that they are “not doing a good job” at monetizing that audience. Specifically, they want to look at “mobile goods, mobile apps, mobile gaming” (which may be related to the recent launch of John Cena’s Fast Lane mobile app). It’s not clear what exactly they’re planning on doing in this realm, but it’s apparently a big part of their three-track plan for the future.

A few questions were about why WWE lags so far behind the other live content generators like NASCAR (and in major advertising from companies like Pepsi or Coke.) There isn’t a real meaningful answer delivered and Barrios even ends with, “We can’t find data to explain the gap.” There’s certainly answers about in how the pro-wrestling audience has been perceived by advertisers in the past (a reputation that may or may not be rightly earned) but when you’re trying to argue that there shouldn’t be a gap, I didn’t expect the CFO to start throwing out red flags why their brand might be tarnished. What’s curious is how everyone is pretending they have “relatively young demographic” when a significant portion (half, I believe) of the WWE watching audience is over the age of 40.

The second question basically turned into Barrios lamenting that MVPDs won’t get on board with the WWE Network.

George Barrios: “And the pushback continues. I want to be fair to — you are having this commercial discussion, everybody wants what everybody wants and sometimes you can’t agree on what is fair terms. I don’t want to mischaracterize the other side in the discussion. What I will say is I have not understood and still do not understand why the pay-per-view transition to a subscription service delivered by the MVPDs did not make sense, I still don’t understand it.”

A response to a later question discussed the company’s investment in Tout. Barrios mentions they recently invested in Hero Ventures which is a company that “..develops and produces live entertainment experiences that excite and engage consumers through immersive innovation into worlds of iconic intellectual properties… Hero Ventures’ inaugural production is an ambitious touring property featuring Marvel Entertainment’s Universe of characters, including Spider-Man, Iron Man, The Incredible Hulk, Captain America, Thor, X-Men, The Fantastic Four, Wolverine, The Avengers and thousands more.” (It’s certainly no coincidence that the Hero Ventures Board of Directors includes WWE BOD member Basil DeVito)

Back to Tout, Barrios admits that “we said well, once we start using this on our show it’s going to get downloaded by everybody who is watching, it’s going to drive up the valuation”. However, since Tout failed to capture the consumer market (no doubt impacted by popularity of Twitter’s Vine), the Tout company strategy has shifted to becoming a “publishing tool” for outlets like the Wall Street Journal.

Regarding emerging markets, an interesting point is brought up about “what are the lessons learned around where the content really resonates?” WWE’s reply is that they emphasize “localization” – such as editing the Middle East show to address sensibility concerns and doing voice-overs (announcers) for Mexico in Spanish. However, the more interesting discussion starts when Barrios alludes to looking for “deeper localization” when it comes to producing new content and utilizing their library – presumably as they look to launching the network both domestically but also internationally. (Barrios lists a number of countries – Canada, UK, Australia, Singapore, “Nordics” and Hong Kong – but that was more in the context of places where English-language content would do quite well should it be available internationally.)

In the end, it was the normal mix of WWE Corporate-speak and rose-colored glasses that one comes to expect when you read investor presentations or listen to conference calls. However, it seems to confirm that WWE is aggressively considering an “over-the-top” route (online only) as opposed to a Premium Channel, mostly because there still isn’t enough interest from the MVPDs in switching from PPV income to Premium Channel income. We’re less than a month away from the big 1/8/14 announcement – this may be the last serious batch of talking points from WWE until the CES event. 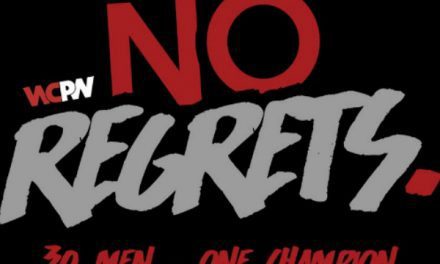