The Men of Many Faces (Sin Cara)

The original Sin Cara, Luis Urive, is unlikely to return to World Wrestling Entertainment. It’s completely unsurprising. When he debuted for the company in 2011, the hope was that he would become the next major masked star for the WWE Merch Machine to get behind (something still needed because Rey Mysterio’s body is knackered). In the two and a half years he’s been with the company Urive has become synonymous with lengthy injury layoffs and botches. It’s the botches for which he’ll be most remembered but it’s the injuries which did the greatest harm to his WWE career.

Urive struggled with the WWE system and a large part of that was due to him never being around long enough to form a lasting connection with fans. There were other reasons obviously: his lack of familiarity with the US (particularly the WWE) style and inability to speak English being two obvious ones. Had he avoided injury he’d have been wrestling more, which would have improved his understanding of the style and exposed him to more English.

It became obvious a while ago that he’d leave WWE when his contract expires. That’s set to happen early next year, unless an early deal has been reached that’s yet to be acknowledged. The loss of him as a performer is not great, for the reasons given above. The loss of the Sin Cara character, on the other hand, would be a loss. Which is probably why WWE have decided to keep it going.

Urive last appeared for WWE on the August 19 Raw. He wrestled Alberto Del Rio and had the match called off when he dislocated a finger performing a suicide dive (which understandably infuriated ADR). Sin Cara returned to action on the December 2 RAW where he again wrestled Del Rio, this time picking up the surprising victory. The difference was that in December it was not Urive under the mask. It was Jorge Arias, more frequently known as Hunico.

This was not without precedent, as most will already know. When Urive was suspended in 2011 for violating the Wellness Policy™ he was replaced on TV by Arias. That led to a feud between the two, with Urive working as the original Sin Cara Azul and Arias switching to a black outfit and LOST-inspired entrance music to become Sin Cara Negro. Arias lost a mask versus mask match (receiving the standard announcer comments of how ugly he was when the mask came off, natch) and became Hunico. He’s played that character in an enhancement role since.

The December 2 Raw made it clear that Urive’s not coming back. While Arias had portrayed the character before he’s gotten a prominent shoulder tattoo since last doing so. Unless WWE restarts the Cara vs. Cara feud or Urive gets identical ink (neither of which is likely, obviously) that prohibits a return of the original. Frankly, it’s not a loss. Urive had proven himself unreliable and unwilling to improve. Arias may not be as fantastic at running fast or performing flips but he can connect with crowds better and is less prone to injuring himself. The important thing for WWE is keeping the mask on TV. They’ve spent much time promoting it over the last couple of years and as long as kids keep buying the merch (which they are) there’s a point to having the character on TV. It’s good for Arias too. He deserves a higher spot than tagging with Camacho on NXT.

I expect Urive will head back to CMLL when he’s officially done with WWE. That’s where he came to prominence, wrestling as the Mistico (ironically Arias had been working outside of CMLL under the same before Urive was given the name). In his absence a new man (real identity unknown: classic Mexico) has worked under the Mistico name. A Mistico vs. Mistico program in CMLL would be perfectly natural. And it would be a fitting follow-up to Urive’s confusing time in WWE. 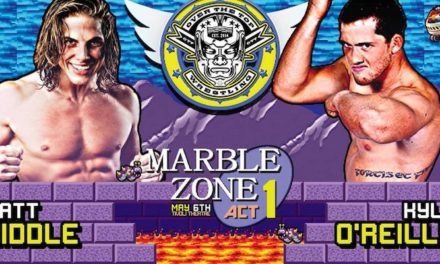 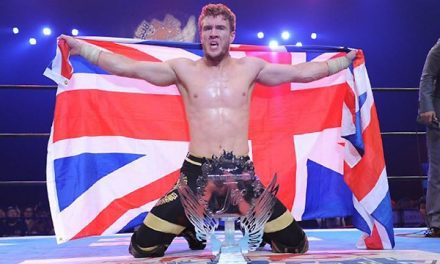