As the rumored launch date (February 24, 2014) of the WWE Network quickly approached, the number of questions surrounding the network grew larger. We had yet to hear any solid details and no confirmed cable providers — the Network was looking at potential doom.

Thanks to Wrestlezone.com’s Chair Shot Reality and some of our personal sources, we’re starting to get some clarity.

News broke Thursday night from WrestleZone.com and Justin LaBar who through sources confirmed the network launch date of February 24, 2014.

LaBar revealed the Network would not be available through cable TV as was previously believed. Instead, WWE is opting to distribute the network in a style not unlike Netflix, Hulu or MLB.TV — online.

The proposal will put WWE Network on internet-based video game consoles, smart TVs, Roku, Google’s Chromecast, tablets and smart phones. Included will be 24/7 live streaming content, similar to a television network. It will also carry on-demand access to every (yes, every) episode of WWE Raw, Smackdown ever. Additionally, every WWE pay-per-view event will be available through an on-demand service. We don’t have details on the extent of the “every” pay-per-view event but, if true, is tremendous news.

The aforementioned 24/7 stream will air all future WWE pay-per-view events with the exception of WrestleMania. WrestleMania 30 will be available to WWE Network subscribers who buy into “early-bird” special.

The reported cost of the network is between $10-12 per month. The $9.99 price point is a tremendous value for the amount of content provided and becomes a steal when added in with pay-per-view discounts.

According to the source, the MLBAM has been working closely with WWE and has already begun working with some of the footage.

For those unfamiliar, MLBAM is much more than just the backbone of MLB.TV, the company runs all of ESPN’s online video, handles March Madness for CBS and has their hand in numerous non-sport entities.

After the disaster that was the WrestleMania 29 stream and the continued issues with American independent wrestling companies on iPPV, this news should be music to everyone’s ears.

MLBAM is the absolute best in the business as delivering high-quality, stable online video. For those of us who order MLB.TV each year, we can attest to little hiccups here and there but for the most part a completely reliable, high-quality product.

WWE denied any relationship with MLBAM or any confirmation on the WWE Network in a public statement:

“In addition to not being able to confirm timing of WWE Network launch, WWE is still considering all options for distribution, pricing and role of pay-per-view.”

From a user standpoint, this is a total homerun (pun pretty much intended). $10 per month for every WWE, Raw and Smackdown ever, live pay-per-views and a 24/7 stream… where do I sign up?

Seriously though, that’s an amazing value for any fan. No longer will fans need to turn to YouTube to find a disjointed, low-quality video of a December 1998 Raw is War.

Add in the ability to watch WWE pay-per-views at an insane value, the cost of the network covers itself with just a few PPVs.

For those who opt to search high and wide for illegal streams, you’re getting a far more stable, less ad-filled and higher-quality product for a mere $10 per month. There will still be those who opt for the free alternative, but I believe a substantial number of the “illegal streamers” will move to the Network.

This is a definite win for us the fans but what about the stockholders and the business-side? The price-point and offerings seem too good to be true.

Honestly, if it’s available via major video game consoles and streaming services (like Roku) it at least has a shot. And as been noted, should they get 80% of the cut instead of 33%, that should majorly help on the break-even point. Plus, I believe that an online launch will likely not completely gut domestic PPV ordering until 2015 which is when they will have the enhanced RAW/Smackdown TV money to supplement those losses. Personally, if I can get WM streamed in HD on my TV via XBOX360, the $60 is spent and the rest is gravy for me. As for people noting the calamity of WWE streaming in the past, when you’re doing 13 PPVs a year and only have tens of thousands of streaming customers, you aren’t too hyper-vigilant about worrying about complaints and building up infrastructure for the secondary delivery system of your product. When you’re talking about a round-the-clock “network” that will be handling hundreds of thousands of subscribers (presumably) that is a marque effort you’re launching with your brand, you’re going to spend a lot more (Barrios said between $30M to $45M) to get it right.

If I’m reading Harrington’s comments correctly, it’s all about distribution and what technologies WWE Network is available through — Roku, Xbox 360, Xbox One, PS3, Ps4, Chromecast and Smart TVs.

Also, as many have noted, this could be a great decision on the WWE’s behalf as they will be getting a much larger cut of Network profits as opposed to sharing much of the load with the cable companies. This has been discussed as the potential future of cable television, an a la carte, proprietary delivery method not unlike what we’ve already seen with HBO’s HBOGO app.

Nothing is confirmed as of today, but we at Voices of Wrestling has no reason to deny or not believe LaBar’s reports and if our source is correct, an announcement could be coming shortly.

Thursday, WWE invited members of the media to an exclusive event during the International Consumer Electronics Trade Show in Las Vegas which seems like the perfect avenue for this announcement. 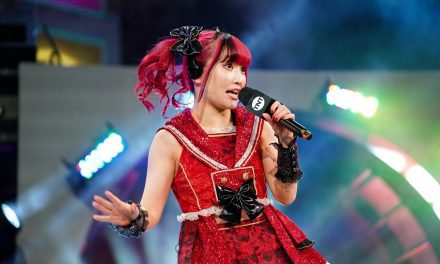 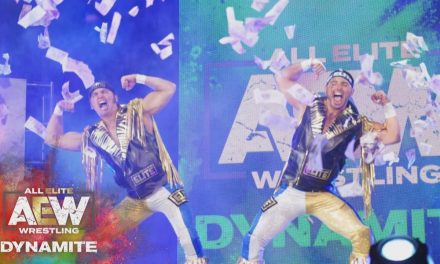