Thanks to a tip from a reader, we were able to view a video on demand airing of the second night of the NJPW World Tag League 2013. Shot single cam with no commentary, the show emanated from a sold out (1,200) KBS Hall in Kyoto.

1. TAKA Michinoku  & Taichi vs. Sho Tanaka & Yohei Komatsu – Taichi pinned Tanaka with the Gedo clutch. This was the opener and I liked it better than any match on the Korakuen show from the night before. The young lions got more offense here than they did against Liger & Tiger Mask, but the former IWGP Junior Tag champs won it, as expected. ***

2. Rob Conway  & Jax Dane vs Yuji Nagata & Tomoaki Honma – Conway scored the win with the Ego Trip on Honma after Honma missed his top rope falling head butt. I can’t remember the last time Honma hit that. This was a non-tournament bout. Dane is acclimating himself well so far on the tour, even if he’s not standing out. He tends to bump before contact at times, but that’s a nit pick. He hasn’t looked out of place on a loaded roster. Honma was great here, as usual. **3/4

3. Prince Devitt & Bad Luck Fale vs. Togi Makabe & BUSHI – Fale used his yet to be named (to my knowledge) Border Toss type throw on BUSHI for the KO win. The gimmick is Fale refuses to pin the opponent following the move and asks for a ten count from the ref instead. They seem to be teasing a Fale vs. Makabe Dome match. **3/4

6. World Tag League – Block B: Hiroyoshi Tenzan & Satoshi Kojima vs. Minoru Suzuki & Shelton Benjamin – Tenzan pinned Benjamin in what was a surprisingly good match. TenKoji is off to a 2-0 start, but it looks like Kojima may be challenging Rob Conway for the NWA World Title at Dome, so I don’t expect them to win. ***

7. World Tag League – Block A: Manabu Nakanishi & Strong Man vs. Hiroshi Tanahashi & Captain New Japan – Muscle Orchestra wins when Nakanishi pins Capt.New Japan. Tanahashi must be hurting, as he’s barely tagged in on either night, with CNJ working the majority of both matches. Tanahashi & CNJ are now 0-2. They had a much better match with Nakamura & Ishii on night one. **

8. World Tag League – Block A: Shinsuke Nakamura & Tomohiro Ishii vs Lance Archer & Davey Boy Smith Jr. – Nakamura beat DBS with the Boma Ye. Best match of the night. Ishii & Archer pounding on each other was a lot of fun. Nakamura was very popular with the Kyoto crowd, and cut the post show promo. 2-0 start for the CHAOS team, and the tag champs start off 0-1. ***1/4

This show was non-televised and from a house show venue, but turned out to be a stronger show than the Korakuen iPPV. No word as of this writing if night three from Iwade will be available for viewing anywhere. But rest assure, if it pops up we’ll watch and review it. 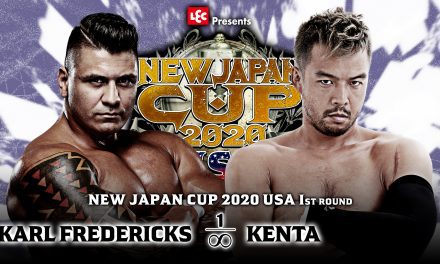 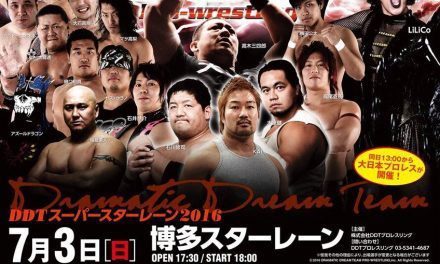