@voiceswrestling The cage match was good, Solid show over all. Bryan should be champion. Blown opportunity! Punk 2011 all over again

@voiceswrestling @4CR_Billy it’s not true, but there’s a LOT of similarities there. Can’t deny that

I have to get this off my chest — to @MatthewMacklin and @TrueGodImmortal, don’t worry I’m not singling you out, you just happened to be two people to reply to us on Twitter and moreover, you’re two people’s opinions who matter and we respect. Which is why it’s doubly frustrating to hear this tired, false narrative, the narrative that the current angle with Daniel Bryan versus the WWE/The McMahons/HHH is “Punk 2011 all over again”.

I’m not going to argue the point that Bryan should’ve had a longer run with the championship, that’s a debate Joe and I covered on the latest VOW podcast. I think what they ended up doing was perfect because there’s always more money in the underdog on the chase for the title than the underdog defending the title, but that’s a different debate — I’m focusing on the storyline similarities between Punk in 2011 and the current angle with Daniel Bryan.

For a little bit of context, Punk 2011 refers to the angle shot in the Summer of 2011 beginning with Punk cutting a worked-shoot (well, 100% work) promo on the June 27 edition of Monday Night Raw. The promo was a part of a build towards a WWE Championship match versus John Cena at the Money in the Bank pay-per-view (which just so happened to be in Punk’s hometown of Chicago, IL). In the promo, Punk revealed that his contract would expire after Money in the Bank and that if he won the title, he would literally leave the company as champion. The promo went in a number of different directions as well — his time in Ring of Honor, why the company would be better off if Vince McMahon died and much more.

At Money in the Bank, Punk won the title in one of the best matches of either man’s careers and as he promised, left with the championship. He climbed over the barricade, up the ramp and left the arena. Punk would follow with a shortly lived tour around the country with the championship including Comic Con and various Chicago events but it became clear that Punk was actually a contracted member of WWE (in retrospect, duh) and the whole “angle” was just a classic worked-shoot. It didn’t matter. The thing got over like crazy and Punk, the angle and WWE were heavily featured in mainstream media for the first time in quite a while. Punk was a made-man.

Because of their world champion not being a contracted member of the company, WWE held a WWE Championship tournament on the July 25 episode of Raw. Rey Mysterio prevailed but ultimately lost the title to Cena later that night. Punk also returned and caused a ruckus as now the WWE had TWO champions. HHH, now taking on a larger on-screen authority figure role (similar to his growing responsibility in the actual company) upheld Punk and Cena’s titles and scheduled a match at SummerSlam to decide who was once and for all the undisputed champion.

Punk defeated Cena, but this is essentially, where the Summer of Punk came to a screeching halt. Punk won but was then attacked by a returning Kevin Nash (just what the WWE needed!). After the attack, Alberto Del Rio, the current Money in the Bank briefcase holder cashed in and defeated Punk.

The next night, Punk accused Nash of conspiring with HHH to keep Punk from holding the championship and HHH decided that wasn’t good enough and instead booked himself (really out of box for HHH) to face Punk at Night of Champions. The No-DQ match was a shitshow as Punk lost after Nash, The Miz and R-Truth attacked during the match. The following month Miz and Truth attacked Punk at Hell in a Cell and Punk responded by, well, of course, teaming with HHH to take on Miz and Truth. HHH/Punk lost when Nash attacked HHH and cost the team the match.

Here’s the too long, didn’t read version: Punk’s contract was going to expire the same night he was to get a title shot in his hometown, he said he’d win the title and leave the company because it was ran like shit by a bunch of moron. Punk wins said title, walks out of the company, eventually returns, wins the title back, loses it instantly to Alberto Del Rio because Kevin Nash attacked him, he vows to get revenge on Nash, instead faces HHH, eventually him and HHH team up but their blow-off consisted of Nash and HHH started a new feud.

Let’s flash forward to today — wait, how in the hell are these two angles similar?

Seriously, I just don’t understand. Whereas Punk was anti-establishment and hated the way the company was run, Daniel Bryan, while he could legitimately have the same gripes, has a far different agenda. Wrestling is Daniel Bryan’s life and he wants the company to respect that. He’s sick of being called too short, too weird, too small, etc. his gripe is essentially that god dammit I’m an awesome wrestler and I want to be the champion of the company, he’s the classic baby face underdog.

You could argue that Punk’s stance was that of pseudo-underdog but I don’t think that’s entirely fair, Punk was down at the time, but he had multiple title runs up until that point. None of them was particularly memorable, but he had that spotlight. Punk’s gripe was his current position, which was heading up the hell stable Nexus. Essentially, Punk moved his real life anti-establishment feeling to the screen. There’s none of that in Bryan.

Bryan’s program being with him being obsessed to prove he was not the weak link in his tag team with Kane (think about that in retrospect). The WWE continually played up how Bryan was one of the best in-ring performers in the company but had a weird beard and was probably too small to be taken seriously as WWE Champion. Bryan and Randy Orton got into a series of matches; one, which was stopped after Bryan, suffered a legitimate stinger after diving out of the ring. WWE.com caught a video of Bryan, HHH having a “real” argument backstage with Bryan visibly upset that HHH, and the company stopped his match. You could argue this is anti-establishment in a sense, but again, I don’t think that’s the core of the feud.

Anyway, Cena chose Bryan as his hand-picked opponent at SummerSlam which led to Bryan being in the middle of yet another McMahon-a-Mania feud this time between Vince McMahon, who felt Bryan’s image didn’t fit the mold of a typical WWE superstar (see: Austin, Steve, 1997. I’d also like to bring your attention to both men having Corporate Makeovers). HHH on the other hand supported Bryan’s quest for the top.

Bryan won the title at SummerSlam, defeating Cena and winning his first WWE Championship. This win included a lengthy celebration with streamers, pyro, and the whole nine yards. Randy Orton, the current Money in the Bank titleholder and someone who lost clean to Bryan weeks back, emerged from the back and hinted a cash-in of his briefcase before beginning to walk to the back. That’s where HHH (the guest referee of the match) turned on Bryan, Pedigreeing him in the middle of the ring, allowing Orton to cash-in and win the WWE Championship. It was a classic screw job angle and it was done to perfection. Initially, I was hesitant when it was announced HHH was the guest referee in the match because I inevitably knew he would make himself the focal point (as he did with Punk in 2011). That didn’t happen though, make no mistake about it, the focal point is Daniel Bryan and THIS is where the two angles differ more than anything does.

Last week on Raw, The McMahons were out in full force defending their decision to screw Bryan out of the title. Bryan was labeled as a B+ for a company looking for A+ faces of their brand. Again, you have Orton, Vince McMahon, Stephanie McMahon and Triple H all with ONE common enemy and target — Daniel Bryan.

What’s going on with Bryan is the complete opposite. The company realizes what they have in Bryan so they are putting all their resources into getting him over as much as possible. You don’t start an angle where every McMahon and one of the top superstars in your business turn heel because they want to prevent one man from becoming champion if you don’t have a plan to get the baby face over.

Look, if you want to compare this to Stone Cold Steve Austin’s rise in 1997 and 1998, no issues here, I think you’re right on the money with that comparison. To continue to say that Punk in 2011 and this current Daniel Bryan storyline are the same is asinine, shortsighted and simply, wrong.

There’s plenty of time to screw it up, I get that, but WWE is giving us smart fans one of their best angles in a long time, let’s at least give it a chance before we immediately assume it will go down the same terrible path that Punk in 2011 went. Remember, Daniel Bryan, the former Bryan Danielson and one of the best in-ring performers of all-time is the focal point of World Wrestling Entertainment television — just enjoy the ride, people. 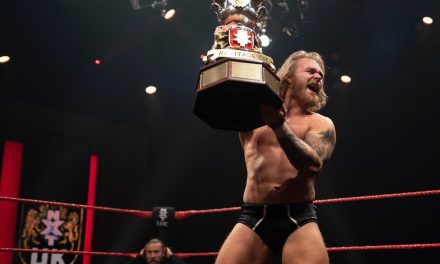 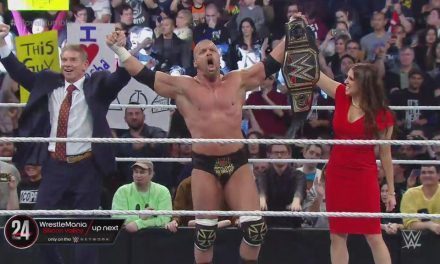