On Night Five of the G1, New Japan had the impossible task of following up a legendary show in Osaka. Maybe the bigger challenge was the crowd at the Ishikawa Industrial Exhibition Hall #3 following up the red-hot Osaka fans. They failed. This was Exhibit A in a crowd murdering a wresting show.

1. Block A: Tomohiro Ishii (4) vs Satoshi Kojima (4) – After some hard fought early matches. both men were rewarded  in a sense with an opener, where the expectations are a tad lower. Chop battle to start. This crowd didn’t get behind Ishii like some of the others have. Kojima hit a DDT on the apron, for a two count. This was your classic Ishii match working from the bottom. The crowd really wasn’t all that into his comebacks. Ishii hit an enzuguri, but came off the ropes right into a waiting lariat for the pin.  Nothing wrong with it, but probably the weakest match for both men thus far. **1/2

2. Block B: Toru Yano (2) vs Hiroyoshi Tenzan (2) – Yano went right after him, smashing him with a water bottle. Tenzan ate boots as he struggled to get his robe off. Of course, it spilled outside. They brawled into the crowd, and I was hoping for a double count out, because on paper I wasn’t expecting much of a match out of this. Back inside, Yano used a half crab. Yano took off the turnbuckle pad and used a rope, so he was up to all of his heel tricks. Crowd was not into the comebacks here either, making me worry about the later matches. Tenzan used Cattle Branding, and had trouble climbing the turnbuckle for a diving headbutt. He locked on the Anaconda Vice, and while fighting to hold it, they did a ref bump. Yano low blowed him but whiffed on a chair shot. Tenzan absolutely blasted him in the face with the chair, hit an ugly moonsault, and picked up the win. Nothing match. *3/4

3. Block A: Lance Archer (4) vs Katsuyori Shibata (4) – Shibata tried a single leg at the bell, but took some hard forearms to the back for his trouble. Archer controlled early. These guys were really laying into each other with some good hard shots, like you would expect from both men. Shibata was stuck on the outside, with Archer delivering big boots to keep him there as he tried to get back in. Shibata eventually caught a leg and took control. He used a figure four but Archer made the ropes. Archer blocked a second attempt but got caught in a triangle. Again, he made the ropes. Shibata ran into a chokeslam. Two count. Arched missed a legdrop from the second rope, and Shibata reversed a Blackout into a choke. He followed up with the penalty kick for the win. Good match, but this crowd is taking these matches down a notch. They are dead. ***

4. Block B: Shelton Benjamin (4) vs Tetsuya Naito (4) – Naito came out to zero pop. This crowd is sedated. Quick exchange early ending with a Naito dropkick as Shelton takes a powder. Shelton grabbed his leg from the outside and locked on the ankle lock on the floor to absolutely no reaction. He’s been finishing matches with that, guys. You’re supposed to be concerned. Back inside, and Shelton abandoned working the knee. Good, because every Naito match follows that formula and he never sells it properly, which drives me nuts. Naito did his comeback with all of his trademark stuff, to complete silence. God this crowd is awful. Shelton hit a mule kick to regain control. German for two, to complete apathy from the crowd. Blockbuster, another two

5. Block B: Minoru Suzuki (2) vs Karl Anderson (6) – Nobody sang along to “Kaze Ni Nare”. Ok, now i’m taking this awful crowd personally. Was hoping Suzuki would slap each one of them to wake them up. MiSu used a triangle early, Anderson eye raked to escape. MiSu locked on a cross arm breaker over the ropes, which at least got two or three fans to pop. Give this man a medal. Suzuki was trying every trick in the book to get a reaction.

MiSu used a choke, went for a Gotch piledriver, but couldn’t get it. He went back to the choke and tried again. This time he hit the piledriver and won it. He pretty much dominated the entire match. **3/4

Intermission. The story at this point was the crowd shaving a half star off each match.

6. Block B: Yuji Nagata (4) vs Kota Ibushi (6) – Nagata controlled the pace and worked the arm. Kota got nothing until hitting a rana out of nowhere. Then he went into all of his stuff.

Back & forth from there. Crowd woke up a bit as Nagata tried to rip Kota’s arm off.

Ibushi got a 2.9 with a sit out powerbomb. He went up for the Phoenix Splash but Nagata followed him and cut it off with an avalanche exploder. Crowd was into the match for the first time all night.

Nagata hit three backdrop drivers, the third of which he held on to and scored the pin. Good match that woke up the crowd. ***

7. Block B: Yujiro Takahashi (6) vs Shinsuke Nakamura (4) – Yujiro came out sans women. Nothing special until the closing moments. Yujiro was on a roll until he missed a moonsault. Nakamura came off the ropes with a Boma Ye, but only got two. He hit a quick second, and that was that. Basic match. Crowd wasn’t completely dead, but weren’t as hot as they were for Nagata/Ibushi. **1/2

8. Block A: Davey Boy Smith Jr (4) vs Kazuchika Okada (2) – Okada only had two points coming in, so with only four shows left, this was pretty much a foregone conclusion. Okada tried to sass DBS early, and took a boot to the gut. He regained control, put DBS on the top turnbuckle, and dropkicked him to the outside. DBS took control and tried for the cheap count out, but Okada slipped in at 18. DBS worked the arm, trying to take away the Rainmaker. BIG APPEAL, but the crowd didn’t care. Davey was working all sorts of hammerlocks & arm bars, and it was pretty fantastic. Okada was selling all of this like a champ, which makes sense, because he IS the champ. Okada spread his arms for the Rainmaker setup, and the crowd went…mild. DBS blocked the Rainmaker and used a sharpshooter. Top rope suplex, two count. Three or four people chanted “O-ka-da!”. I’ll take it. Okada nailed the high dropkick, but Davey ducked the Rainmaker and hit a double underhook suplex for two.

Killer Bomb, another two count. Crowd woke up. He went for another Killer Bomb, but Okada slipped it and hit a dropkick. Tombstone, Rainmaker, death. Okada wins. Real good match with a good story. Okada should teach Naito how to sell a body part. DBS is having a good tournament. ***1/4

9. Block A: Prince Devitt (6) vs Hirooki Goto (6) – Battle of Block A co-leaders. Devitt heeled it up early and drew some boo’s from the crowd. A minor miracle. He was working holds and slowing the pace like Magnificent Muraco in the Garden circa 1985. This man knows how to work as a heel in a big move company. Early ref bump as this show was running a bit long. The same spots while the ref was out from the first four matches. Fale tried to come in but Red Shoes cut him off. Goto clotheslined him out, and then abruptly hit the Shouten for the win. This was short. **

10. Block A: Togi Makabe (4) vs Hiroshi Tanahashi (2) – The crowd is way into Tanahashi’s entrance, so now we know whom they paid to see. These guys were working hard, but once again the crowd was dragging me out of it. Plus I was buying none of Makabe’s falls, because they weren’t going to effectively eliminate Tanahashi on night five. Makabe missed a King Kong Knee Drop, which slapped the crowd awake…sorta.

Slingblade, HFF, but Makabe got the knees up. Big lariat. Two count. A few more exchanges, Tanahashi hits a STYLES CLASH, and a High Fly Flow took us home. Just a match. ***

If you are behind on your G1 viewing, don’t worry about this one. Move along, nothing to see here. I liked Davey Boy vs Okada best, but its hardy must see. Look, this thing has been beyond awesome so far. They weren’t all going to be winners. The crowd was horrendous, which did not help matters, but I can cut some of these guys a break for not killing themselves every single night. It is a hard tour. 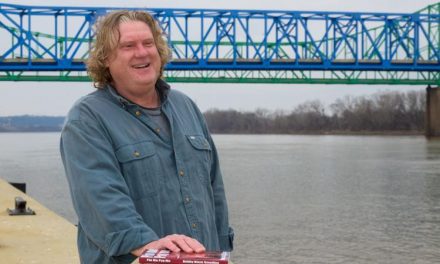