After three excellent nights of G1 action, New Japan took the tournament to Osaka for night four. Osaka is known for their great crowds, and they lived up to their reputation tonight. And it wasn’t hard to stay hot , because they were treated to a Show of the Year contender. Remember how great Korakuen was? It took exactly two days for this company to top themselves.

1. Block B: Yujiro Takahashi (6) vs Toru Yano (0) – Yujiro once again came to the ring with multiple woman. Yano, of course, was accompanied by a copy of his new DVD. Wild brawling on the outside to start. Yano removed a turnbuckle pad during the brawl. Yujiro took control, and channeled his inner Randy Orton with a reverse chin lock. Yano took control when he used a slingshot to toss Yujiro into the exposed turnbuckle. Yujiro went for a low blow but Yano blocked. Yano went for a low blow of his own, but the ref stopped him. Yujiro shoved Yano into the ref, and went outside to grab a chair. The ref recovered before anybody was able to use it, and in the confusion of the ref yanking away the chair, Yano hit a low blow & rolled him up for the pin. First points for Yano. *3/4

2. Block B: Karl Anderson (4) vs Hiroyoshi Tenzan (2) – Tenzan has been working very hard and putting in effort, but his body just can’t keep up with the rest of these guys in singles matches anymore. I feel bad for him, but this might be the end of the road for him concerning G1. At least it should be. New Japan’s roster is way too loaded to keep using up a G1 spot on him. With that said, he was fine here and this was his best match by far. It was build around the Anaconda Vice. Tenzan survived a Stun Gun and clamped on the vice for the second time, and Anderson fought like hell to make the ropes. Tenzan missed a moonsault, but blocked a Stun Gun with a headbutt. Crowd was chanting his name. Anderson slipped in a Stun Gun out of nowhere and silenced the crowd. I mean silenced. They went from super hyped and chanting “TENZAN! TENZAN!” to dead quiet. Great stuff. **1/2

3. Block B: Shelton Benjamin (2) vs Yuji Nagata (4) – Shelton went for the quick ambush win by hitting a top rope suplex while Nagata was doing his entrance before the bell. Shelton was trying for a count out win by keeping Nagata on the outside with sliding kicks. Nagata eventually fought his way back in and took control. Shelton ducked an enziguri and locked on a heel hook. Nagata fought it hard, but tapped for the mild upset. This was kept short, but the best Benjamin match so far. **3/4

4. Block A: Davey Boy Smith Jr (2) vs Satoshi Kojima (4) – DBS has come about a million miles in the charisma department and is having a fine tournament. He dominated early until Kojima killed him with lariat that took him over the top. Kojima hit a big DDT on the apron as TAKA looked on helplessly. Kojima tossed DBS back in and climbed to the top, but TAKA finally got involved by grabbing a leg, allowing Smith to recover and take control. DBS tossed him out, where TAKA put the boots to him. DBS went to the camel clutch/surfboard combo he’s used every night so far to wear Kojima down a bit. More BIG APPEAL from Davey. Kojima hit a DDT and went into his chop routine. He nailed TAKA who tried to pull him off the top again. Crowd was hot at this point as Kojima won a strike exchange. Davey took control and used a SHARPSHOOTER, but Kojima made the ropes. Kojima fought off a Killer Bomb and nailed a brainbuster. Davey recovered and hit a double underhook suplex for a nearfall. Davey blocked a lariat, but couldn’t avoid a second. Near fall. He ducked a third and hit a big boot. Killer Bomb, 1-2-3. Intense match. Best of the show to this point. ***

5. Katsuyori Shibata (4) vs Tomohiro Ishii (2) – Crows was buzzing from the start. They did the Takayama/Frye spot. Big boot in the corner by Shibata, no sell and big clothesline in the corner by Ishii.

Right back to a forearm exchange. This time Ishii won, but ate  a boot when he tried to come off the ropes. Just pounding each other at this point. They were taking turns going to one knee blasting each other, Ishii with chops, Shibata with kicks. Shibata cornered him and was killing him with forearms until the ref pulled him off. Just killing each other. Shibata went or a boston crab. Ishii fought to the ropes and the crowd roared. Shibata dragged him back to the middle for an STF. Ishii escaped, and hit a lariat for huge pop. Both men were dead. Ishii kicked out at one on a hard kick, Shibata kicked out at one on a lariat that folded him up. Shibata hit a headbutt, and they both collapsed to the canvas. They teased the double KO. Shibata got to his feet and locked on a choke. Ishii fought out, hit a lariat for a one count. Another lariat for a two count. Then a brainbuster for the pin. Go out of your way to see this. Brutal, brutal match. Perfect placement before intermission, because it would be criminal to ask anybody to follow this. ****

6. Block A: Lance Archer (4) vs Hirooki Goto (4) – This was a solid back & forth style match, but it took the crowd a while to get into it after the spectacle they just witnessed. Goto was bleeding from the mouth. Archer hit a Killer Bomb for two. Goto slipped the Black Out, hit a headbutt/lariat combo, and used a real nice looking cross leg cradle for the pin. Good match. ***

7. Block B: Minoru Suzuki (2) vs Tetsuya Naito (2) – Mat work early. Naito slapped Suzuki. He made that same mistake against Nagata and this didn’t work out any better. Suzuki took over from here and worked the knee (Naito tore his ACL during last years G1). Lots of wacky taunting from Suzuki. Suzuki asked for more slaps. Naito obliged, to no effect. Suzuki fired back with a flurry and sent Naito crumbling into the corner.

Suzuki continued on with the knee using various leglocks. Suzuki was toying with him and kicking the knee. He ducked a sap and got a choke. Naito escaped, but Suzuki ducked another strike and put the choke right back on. Gotch piledriver attempt, but Naito barely escaped. Naito went for a dragon suplex, but Suzuki mule kicked the knee. Naito ran up to the top for a missle dropkick. Then he hit the Stardust Press for the win. I hated the finishing sequence. I’m getting tired of opponents working Naito’s knee all match long, only for Naito to fly around for the finish. Then some token limping after the match. How about selling during the match? ***

8. Block A: Prince Devitt (4) vs Hiroshi Tanahashi (2) – Devitt came to the ring with a guitar. Tanahashi rode in on Cpt.New Japan;s shoulders like Devitt does with Fale. Devitt hit Tanahashi with the guitar before the bell and mocked him by putting on his ring jacket. Fale tripped Tanahashi from the outside. Cpt.New Japan followed suit by tripping Devitt, to a big pop.

Devitt hit a double stomp on a table on the outside, and hit another in the ring. Ref bump. Capt.New Japan saved Tanahashi from Fale’s grenade thumb, but Fale still hit a Samoan drop. Devitt followed with a double stomp with the chair on Tanahashi’s chest. Devitt ate a slingblade. Tanahashi hit a straight jacket german as the ref recovered for two. HFF to Devitt’s back, and as he went for another Fale stopped him. CNJ attacked Fale, but Devitt got the knees up. As the ref broke up CNJ & Fale, Karl Anderson ran in from out of nowhere to Stun Gun Tanahashi. Devitt hit the Bloody Sunday for the win. Great American style match. ***1/4

9. Block A: Kazuchika Okada (2) vs Togi Makabe (2) – This was a rematch of the great main event from Dominion. Okada dominated early with methodical offense, working over Makabe’s taped up back. Makabe was getting almost zero offense until he ducked a Rainmaker and hit a lariat. Both men were down. Makabe hit a released German from the top but missed a King Kong Knee Drop. Okada hit his high dropkick. He hit another. Makabe blocked the Rainaker and hit a DVD. Crowd was hot. Makabe ducked another Rainmaker and hit a dragon suplex for a 2.9, a nod the match at Dominion.

He wound up for a big lariat, hit it, then hit the King Kong Knee Drop for the win. Great match, nearly at the level of Dominion’s MOTY contender. ****

10. Block B: Kota Ibushi (6) vs Shinsuke Nakamura (2) – Ibushi had worked prelims on the first three shows, and essentially worked the same match each time, so this was a chance to have a longer match positioned as the main event. I believe this was a first time match, but i’m sure somebody will correct that if i’m wrong. Ibushi was getting bullied early and decided to slap Nakamura. Wasn’t he watching Naito earlier? He eventually won control and hit a standing SSP followed by a moonsualt from the second rope. Then a twisting plancha quebrada senton thingy that I have no idea what to call on the outside. It was awesome looking.

Nakamura had enough of this flippy shit and came back with hard knee strikes. It turned into a slugfest and Ibushi predictably got the short end. Nakamura went to a choke for a well designed and well earned rest hold. I hate hate hate when guys use generic chin locks and such, when MMA has gift wrapped many menacing looking rest spots that can be used instead. Ibushi countered a Boma Ye attempt into a roll up and quick snap dragon suplex.

Then a standing twisty thingy for two. Tope rope rana for two again. This is all stuff Ibushi didn’t do in his earlier matches. Ibushi couldn’t get him up for a piledriver, but hit a crescent kick & powerbomb for two. Osaka was loving it. He went up for the Phoenix Splash and caught double knees. Nakamura hit Boma Ye but was too dead to pin. THIS WAS GREAT. Nakamura is frustrated and putting the boots to him. Fighting spirit from Ibushi and a series of palm thrusts puts Nakamura down. Osaka was going bonkers.

Soccer kick to the head for 2.9. Nakamura hits a top rope Boma Ye. And another. And a traditional one. AND HE ONLY GETS A ONE COUNT. Ibushi fighting spirit, pounding the mat with is fists. Nakamura hits one more, and it’s finally over. Incredible match. Best of the tournament for me. MOTY contender. ****3/4

Another amazing show from New Japan. This is shaping up as the greatest G1 in history. Two nights after Korakuen got Best Show of the Year buzz, Osaka tops it with multiple MOTY contenders and a red hot crowd. It’s starting to sound like a broken record, but go out of your way to watch this, particularly the Ishii/Shibata match onward. If you aren’t watching New Japan these days, you are missing out on a special place & time in the history of pro wrestling. 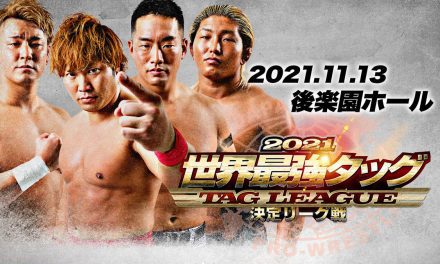