We’re just a few short hours from WWE Elimination Chamber 2013 and you know what that means at VoicesofWrestling.com, PREDICTION TIME!

There was some dispute in last month’s prediction contest as there was a three-way tie between Joe Lanza, Rich Kraetsch and Jason Chae. Dexter Brocks believe he tied as well because CM Punk originally won the Royal Rumble match, however the prediction title committee determined this was not a valid excuse.

With that said, we take this way too seriously, so it’s time to see who can claim this month’s crown. Here we go!

Antonio Cesaro (c) vs. The Miz
Singles match for the United States Championship

Jack Swagger vs. Chris Jericho vs. Daniel Bryan vs. Kane vs. Mark Henry vs. Randy Orton
Elimination Chamber match to determine the No. 1 contender for the World Heavyweight Championship at WrestleMania 29

The Rock (c) vs. CM Punk
Singles match for the WWE Championship. If The Rock is disqualified or counted out, he will lose the championship.

This should be a good pay-per-view, while some of the picks were easy for me and the other guys, it’s a very unpredictable pay-per-view. There are lots of scenarios that could occur to get us to the finish line (in this case WrestleMania). Hope you enjoy Elimination Chamber and make sure you check back this week for tons of content and discussion on the aftermath. 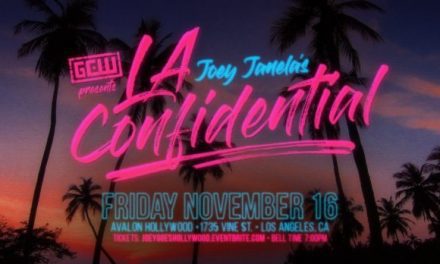