The fourth installment of the Best of 2012 – Honorable Mentions…this time, we’re going to look at the best of the rest that the WWE had to offer in 2012.

And now, for the honorable mentions…

/Chronological order for those wondering…

Strangely enough, the best series of matches in the WWE in 2012 came from two individuals that didn’t formally feud. Daniel Bryan and CM Punk – champions of their respective brands – would be put together several times for champion versus champion matches on free television and they put on a show each time. It should have been no shock that these two Indie darlings would put together a match that would not only cater to that niche crowd, but a match that would get everyone over in the WWE bubble. Couple it with a run-in by a returning Chris Jericho and this match made me mark out from start to finish.

CM Punk in the first quarter of 2012 was a man who was in a groove. Constantly putting on upper echelon matches any chance he was given. Ziggler, too, was coming into his own in the ring at this time and is perhaps the best seller in the company. This match was thrown together in the middle of the pointless Punk v. Johnny Ace feud and used as a vehicle to continue that feud, but the result was two of the WWE’s best workers doing their thing between the bells despite awful shenanigans outside of the ring (par for the course for much of the WWE’s first quarter). These two sold cliche ref bumps and ignored pinfalls like real pros and had the crowd bonkers with hot near falls. This was a match that took the Royal Rumble 2012 from absolute shit to fantastic…especially when coupled with a great Royal Rumble match.

Another great match by the two champs on free television. Again, merely used to extend other programs at the time (in this case, the Johnny Ace v. Teddy Long feud), these two put on another solid match with a non-finish. Despite it, they put on a clinic in the ring as you would expect from two of the best wrestlers in the world today.

In the ring, it was the best the WWE had to offer on WrestleMania weekend. Jericho, coming off a long hiatus showed no rust at all and Punk, being as hot as he was at the time, was great. Many folks rating matches around the ‘net thought this match started slow and wasn’t their cup of tea. Fortunately, I’m not that guy. This match developed with layers and it started early and it paid dividends as these two had hot ending to this match that showed two of the best wrestlers in the world with great reversals of each others finishers and strong drama.

This match has been lauded by tons of WWE fans as the best match of the year. And, from a storytelling perspective, it was. This match was some of the best in-ring storytelling they’ve done in a long time. It had great performances by all involved. Two grizzled veterans, Triple H and The Undertaker (with a mohawk) beating the shit out of each other for 30 minutes with tons of drama with the man The Undertaker retired, Triple H’s BFF, Shawn Michaels, who was the maestro of this feud. Many would say that he was an unneeded overbooking to this match, and its a legitimate gripe, but he played his role well and his presence in the match wasn’t distracting. At the sake of full disclosure, I was at WrestleMania 28 this year, and to be honest…actually watching a Hell in a Cell match from where I was sitting was difficult to see all of the nuances that made this match strong in the re-watch, and perhaps that brings it down a notch or two for me into Honorable Mention instead of at the top of the year’s best. With all of that said…this kind of match is what Vince McMahon made WrestleMania for…a big sports entertainment spectacle.

A month prior, Daniel Bryan and Sheamus participated in the curtain jerk match of WrestleMania 28 and the result was an 18 second joke of a match that was meant to bury Bryan…but, Bryan is unburiable. He bounces back from his WrestleMania loss and is hotter than ever. His “YES” chant is the most over crowd chant in all of wrestling, he is building a strong crazy heel persona at the expense of his former girlfriend/valet AJ, and he is still seen as a legitimate threat to the title. A month later, Sheamus and D-Bry have the match fans have wanted them to have for months. Bryan is a star in this match and Sheamus plays his role to perfection. There was a great vibe about this match and unique heat with both performers that made this match great. Bryan would lead an immense YES chant in the middle of the match that just sold this match as epic to me.

If you’re a WWE fan, and if you are reading this blog, odds are, you are…one eye should always be kept on their developmental system. They are good for a few Match of the Year candidates every year. It usually features some Indie darlings that put on an Indie-style match in under the WWE bubble. A candidate in 2012 is Seth Rollins and Dean Ambrose who would fight in an FCW Title match back in June. Ambrose is the E’s top heel prospect and Rollins is perhaps their top mid-card prospect. Both would debut later in the year as part of The Shield…but for now, Rollins would defend his title against Ambrose. These two would have a great series of matches a year prior for the Briscoe 15 Title, but this year, with higher stakes as Rollins was the FCW Champ. Dean Ambrose comes off like a billion dollars in this match where he puts his arm back into place, selling an arm injury and he continues to flawlessly sell it throughout the match. Classic brutality without the need for props.

Another FCW nominee comes again, from the always awesome Dean Ambrose. Perhaps the best heel under the WWE umbrella. He would continue his 2012 a month after his epic match against Seth Rollins against William Regal. Regal plays the old limey veteran on point, and Ambrose the upstart heel plays his role to perfection. Regal would put on a clinic against Ambrose, reminding the world of how good he is. Fit Finlay would travel the world and deliver great matches with this same kind of formula in the past two years and it works as well, if not better than any of Finlay’s matches in FCW. Regal would bust his ear in the middle of the match and the young upstart would take advantage and the end result would be a heel getting over like a heel should, but the fighting veteran would continue the fight. The end is a non-finish, but the match is glorious.

A very well constructed match with a great pace that built to a solid finish. Ziggler, like Christian in 2011, was able to bring the best out of Randy Orton. Another example that when you have two solid performers, you need to give them some time. When you do, they will often deliver. They give these two about 20 minutes and by the end, you realize you’ve actually witnessed something very good. Orton would win with another awesome RKO.

Last year, John Cena and CM Punk at Money in the Bank 2011 won my match of the year. They would meet again in 2012 at Night of Champions and they were able to put on yet again, another great match. It wasn’t quite as good as their work at Money in the Bank or even Summerslam, but damnit, CM Punk brings the very best out of John Cena and it showed. The match would start a little slow, but the final 10-15 minutes were insane. Tons of near falls. Tons of awesome spots. The ending being “controversial” holds it back from being a top tier match of the year, but certainly a must watch for everyone.

Holy Christ was this painfully bad.

How can John Cena be so good and yet, be in matches that are so god fucking awful? This match is the visual equivalent of listening to nails on a chalkboard. 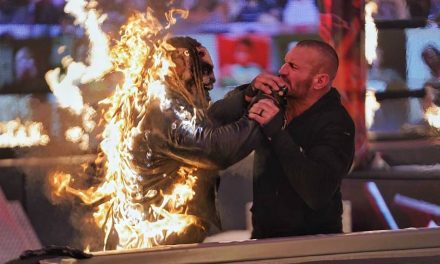 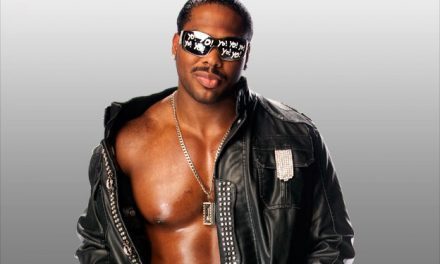 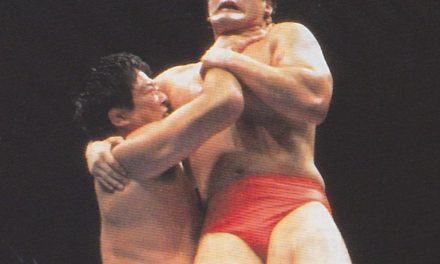